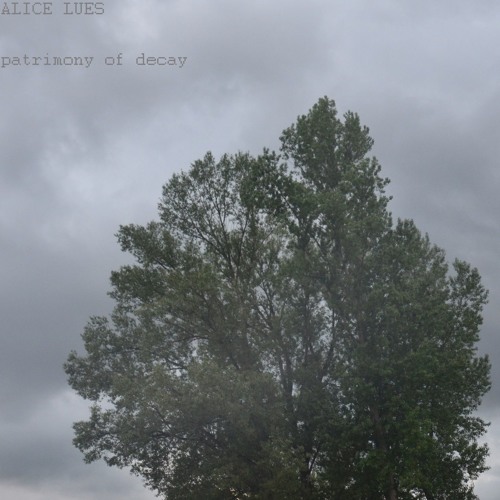 One of the more established lobit producers who earns a star on the Lobit walk of fame is Jjoth. He runs the one and only netlabel in the entire world that releases albums encoded in the fabulous 8kbps rate, and above that he himself is a frequent producer of many styles and genre’s, mostly experimental tracks that are provocatively diverse!

Today we do not have a real album or something more traditional to review, but a mixtape the artist Alice Lues made from his own favorite release called ‘Gambarbozia’ by Jjoth. It is an album released through the mysterious Unaware Records that released in its short lifetime a pleasant amount of lobit goodies!
Of course you should check the original album out over here:
http://archive.org/details/uwr024Jjoth-Gambarbozia

Today our excitement will endorse the psychedelic mixtape version of this album, and trust us we are not easily excited!

The mix starts with a futuristic sounding ping pong game among real life accordions. The action is tense and the game itself is even getting slightly fanatic. Space-balls flying around the table in hyper speed, as if the accordion players have grown multiple octopus arms to hit all the balls back with speed and fun force. Underneath this insane game there are layers of shaving machines, alien bees that are buzzing and hovering around the game. Mother Bee is coming to see what is going on and leaves an enormous shadow over the contestants. Strange music erupts from within the mother Bee before it finds a place to land.

Meanwhile the space-ball game seems not to be disturbed by the alien bees and the enormous mother Bee that blocks out the lights in the sporting avenue. Some odd commentator’s voice speaks through the internal speaker system and the game has been canceled until further notion.

The accordion space-ball players celebrate because the feel it was a successful set. They sing a song on their accordions while tiny bees are tattooing their arms with pretty pictures. The small needles hiss and buzz in a comfortable way. Another strange character comes around the corner, filling up the air with strange tones of music. Industrialic noises erupts from under the floor and the whole atmosphere transforms in that of a cozy industrial basement. Water leaks from the ceiling while machinery breaths in a constant rhythm. The whole mood is something surreal , something you never heard before and the adding of the singing sounds that are whaling a long lost song isn’t going to make this release any more normal.

The track bubbles along like we are severely drunk and high on mysterious sounds before the ears get swept away by a blast of epic wall of guitar tones. It’s a blast that feels like ambient with guts, as the guitar loops its way around and moves us to a complete different direction. Small tones of musical elements make this part of the mixtape into a nostalgic world of warm beauty. There is something in here that reminds me of sailors on boats, singing along with the waves and the wind. A wind that flows around the sails and our ears and we slowly forget about the scenes of bees, space-balls and alien atmosphere’s.

Around 22 minute in the mixtape micro guitar sounds of nostalgia come in and sing duets with  the birds in the sky. Rumbling erupts slowly under these layers of petite prettiness and suddenly it feels like we are trapped in a loop of muddy industrialism. When it stops the ears get introduced to a certain oddity of highly distorted tones that play a lucid melody. Everything feels wet and watery and when tones of penetrating high pitched drills slowly move in the mix it all gets dried up again. Warm tones arise, a sweet plucked melody loop hops along on the cozy source of ambience noise.

We hear Alice Lues impersonating an elephant that has cached a cold. It’s a beautiful happening until the rumbling starts that flushes everything down the drain. The elephant is big so it get somewhere stuck in the middle, emptying his nose in the surrounding sucking sound. Above all of this there are warm tones hidden, like angelic pretty girls that comfort the distressed elephant with their presence. Flutes arise! Are there any other animal friends who come to rescue the elephant stuck in the drain? This is where the mixtape ends and also this gigantic psychedelic sound adventure that we where just went through!

Personally I really hope this isn’t the last thing my ears will hear from Alice Lues in this style. This was a fascinating visual trip generated by sophisticated experimental music and sounds. If you are having problems to go through the lofi vibe of it all than you are certainly missing out on a awesome piece of psychedelic experimental soundscape! Thumbs up!

Go and dive into this mixtape over here, be sure to give it your full attention and hope you enjoy a nice trip!
https://soundcloud.com/jjoth/alice-lues-patrimony-of-decay
<KN>