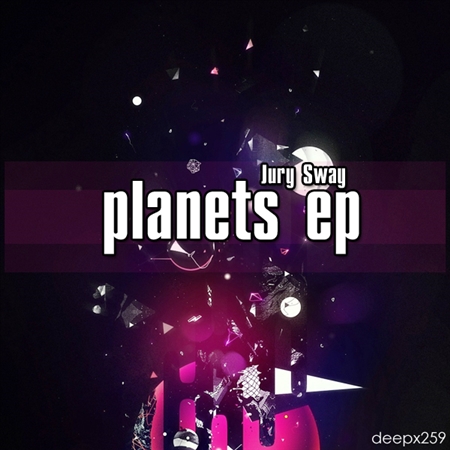 When traveling you’ll always bump into business people with tiny earplugs into their ears. Either they are walking or standing like a sardine in the overly packed underground, or any other ordinary mass consumed form of public transport. The thing is that they are of these people of a specific kind that I’m trying to talk about, those commuters who probably work in an office, sniffing coffee all day while sorting out papers in front of their desks. Nobody really knows what they do, if they are accountants, clerks or just forced to dress like that by their employers if they want to keep themselves employed. You know the suit and tie or business skirt and black leather bag full of important looking papers.

Anyway you can’t say I’m making this stereotype character up as there are so many of them. Just wake up in the morning and you’ll see them as long lost soldiers squeezing themselves in trains and busses as if they are afraid that if they miss this one, there will be no way to catch a newer one that has more air to breath. The armpit deodorant perfume suit aroma is something that they didn’t exploit and bottled-up for sale for a really good reason.

These characters seem to have emotionless faces while they travel, they just don’t care about the view or lack of it. They don’t care; they just want to sleep in standing position dressed as a ape and open their eyes while entering their first carton cup of coffee in their office where they will spend the rest of the day away. To forget the horror and the hell they mentally go through each day to make a living and the fact that there is no real way out in their hollow over worked eyes, they seek distraction. Distraction for the compulsive stench of the morning and evening rush and mass population work floor movement among the city. They can’t afford the luxury of a private helicopter but they do have the benefit of self-claimed sensory deprivation.

The moment when they are all stuck between each other in a moving vehicle they stare in a zombie way daze or simply closed their eyes pretending not to be actually there. And some of them (the ones who wear these tiny earplugs) where smart enough to successfully erase the sound of the others by playing very loud what to other people seems to come across as very repetitive dance music. The thing that they don’t realize is that there crappy earplugs sucks so hard that it just blast its way through the coupe of travelers as if they were carrying a boom box. But because it’s not a ghetto blaster that supply’s the other the extra sound elements for an already hectic and repetitive life, we as fellow travelers only hear light high pitched beats and rhythms. Never a baseline, never a melody, just high ticks, rhythms, ouchy ouchy music that honestly does blend in with the sound of the rail tracks the wagon is speeding the bunch to work too.

Ultimately it fascinates me as I do understand the need for them not to be there, for distraction to not face the awful death trap truths, to not acknowledge how much that job actually sucks but we need the money to pay the rent and the delicious slice of bread to feed our hungry stomachs. Life can be pretty grim at times. I also understand that not everyone checks their earplugs for sounds escape; they probably not want to be noticed or make other traveler’s journey even suckier than it already is. But I do not understand why of all kind of music, these moments of train/subway/metro/bus etc traveling should be the moment to listen to repetitive dance music.

As if you could move and dance stacked like a sardine in a cabin smelling each other’s armpits. As if the repetitive dance music is accentuating the repetitive life of every day, week, months doing the same thing over and over again.  Trust me, I’ve been there and seen it and might describe it gently as ‘a living hell’. Isn’t dance music something to feel free about? Something that provides food for the opposite of standing like a death zombie hidden in a corner of a moving vehicle?

Whatever I say or write this odd phenomenon will perhaps continue in time until the upcoming apocalypse. Unless the day comes that perhaps one of these repetitive tracks will be infiltrated with an actual pulse, a heartbeat that kicks the living dead’s butt, something that stirs up a wild sparkle of reformed life! Something that makes the traveler wake up, shaken and full of energy, starts to dance its way out of the others, takes of the business suit and exchanges it for a straw head and a pair of fisherman-pants and goes on a mind blowing world travel! I really wish this vision is happening! Perhaps it is even actually happening as we read about it, leaving us in our sweat coupes for a ticket to the Bahamas’!

Leaving us to wonder what the music is that they were listening before their mental outburst of freedom, but also what they were actually listening each and every work day while traveling. It may always be a true mystery as we never are able to rip the earplugs out and hear the full amount of music for our self and satisfy our curiosity. But for some very strange reason I just imagine it being something that sounds like ‘Jury Sway’s Planet EP’ that is hiding under the earplugs that may or may not liberate the trapped hard working soul from their stiff faith in the course of survival! I hope this maybe the trickster EP that provides the key to convert its business minded listeners into a potential ‘fuck it, I’m going to be a new age Robin Crusoe!’ This release was not my breakaway record, but for some strange reason it just made me think of that sound that might hide behind the high pitched output coming from those earplugs. The following EP might or might not be the cure for the phenomena, available to download to add on your portable mo3 player for travel experiences, but I’m sure it would be enjoyed by the ones who recognize themselves in the described phenomena. You can get the release over for free at the following link:
https://archive.org/details/deepx259
<KN>