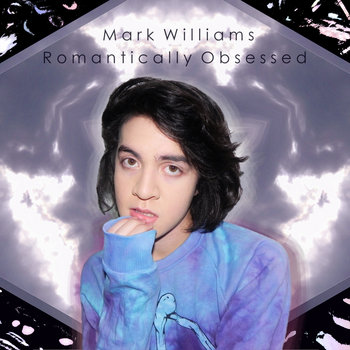 Hi! I’m Audiohater. It has been a while back since my last review appeared on Yeah I Know It Sucks but here I am. Did you miss me? I did not miss you!

In fact I had no plans to return and spend any more time of my well intended negative energy to this horrific blog. But yet here I am, back on Yeah I Know It Sucks. And why? Well I tell you why! It’s because next to hating audio; I also hate injustice! And geez this place can be so cruel!

I’m reading wordly praises that invites people to click on links that only lead to shit! I don’t know whats the deal or joke is on that, but I am not laughing! But seriously I don’t care about this crude sense of senseless humor, but when I saw this ‘review‘ of a release by someone called Mark Williams I felt like crying inside!

What a piece of shit these so called reviewers wrote! That isn’t a review! That’s a piece of gibberish, something to wipe your butt with and then eat it! Pure bullshit and so mean! Really guys!?

I thought that I was the mean guy around here, slashing every shit piece of ‘music’ you passed on my desk because no other person wanted to hear it. Why nobody passed me this release of Mark Williams on my desk instead of writing a shit piece? At least I treat my reviews seriously, telling why something is shit, with undermining ideas and stimulating suggestions for so well the artist as the reader.. Not unlike that KM and Mark Spaldung .. Or whatever this dude’s name is!

But you know I did follow that link, expecting the total opposite to happen as what these two idiots where typing shit about, and indeed my instinct was right!
It wasn’t the horrible unlistenable music these two idiots wanted readers to believe, it was a master piece hidden behind that link!

You know I’m not easily impressed or pleased. I just do not like audio, in fact I hate it! But as you can imagine I hate music even more than audio; So to impress me in a positive way you really need to be something amazing!

Mark Williams’s music had touched me. There was no second that I did not like, not enjoyed or hated of Mark Williams’s Romantically Obsessed. In fact I think it’s the first thing that I have heard completely and had nothing negative to say about!
It’s also is the first time I could hear an album from beginning until the end without breaks to unleash hatred and the urge to get rid of body fluids.

In other words, Mark Williams impressed me with his charming work and has successfully sparkled some romance in my normally cold as stone heart. For what my words are worth; I respect, approve, recommend and salute this romantic album by Mark Williams.

KM & Mark Spalding has simply shown signs of their unprofessional reviewing skills by slashing something because they were obviously jealous about it! I mean they try to make music themselves too, but it will probably take them millennia to get on the same genius level of Mark Williams. So thumbs up and hear his masterpiece over at the following link:
https://thatsokayiguess.bandcamp.com/album/romantically-obsessed
Yours truly,
Audio Hater