Posted on September 3, 2014 by kainobuko 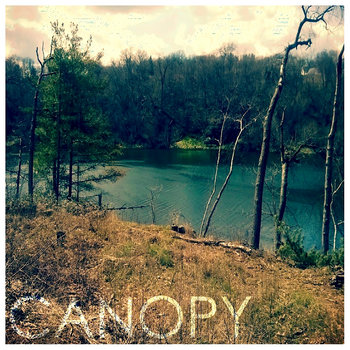 After a little tiny introduction reminding us of our existence as little human beings; a track named ‘Solitude‘ appears to come out our speaker system. It brings a heroic yet dreamy atmosphere that comes across as having the rightmost intentions. The voice of choice might be that of a guitar, but the words are purely based on love.
The love can be felt seems to be key element that drives this warm and friendly music. Just this track on its own greets its listeners like a brother embraces his beloved sister.

This feeling gets enriched in beauty when a track named ‘A moment in time stands still for eternity’ starts to do its magic. It’s like this monumental hug of two beloved people stops time from going forward, making this moment of being loved as one that is stronger than any other power-source available in the universe. The emotions of happiness that is captured her in sound, but also of ‘realizing’ it when it’s happening; is superbly captured in a pretty piece of sweet strumming guitar that calls for the heavens to level up their plans. A very powerful feeling of love can beat a punk track with strength any time of the day! Beautiful.

The third step in this album is titled ‘closer’ which seems to be more laidback and chill out compared to the emotional uplifting music compositions that we came before. It’s as if we have gone through the right formalities and now can sit under a large tree on a pretty summers day for a little picnic with cookies, milk and honey. A smile can be captured from the feel good melody that Canopy so cheerfully donates to make this occasion a warm willing one.

The music captured under the title of ‘We Became Infinite’ is like the beloved ones their souls have left their human bodies and float them surrounding the trees and touches the clouds. In the end the souls intertwine and might return to their respectful homes.

From this spiritual moment of an outer body experience, it’s good that the artist inserts a little track (Sink Away) that touches the ground again. A beat helps to secure our feet from flying away as a petite mellow vibe tickles a smile.

‘Natives’ is a nice piece of ambient music that comes and goes by so quickly, even with is four minutes in length. It’s very smooth and travels along without really being noticed.
A good transition to the subject of ‘Only after he saw’ which is also a take that could be visualized as a warm fog that moves slowly over a green landscape.

A more substantial form comes to light in a track named ‘Winter Solace’ which creates a dreamlike atmosphere that not so much gives crazy stories, but more the layer of relaxation that would be a pleasant place to attend before going for a dream like experience. The guitar seems to flirt with the space of a natural winterish world with snow being melted by tones and a bright sunshine cutting through the cold.

It seems that at this point my personal attention scale is losing control as the music from ‘Drop It In Full’ seems to fly by and picks up my shoulder as if it being an eagle, to go for a little flight over a valley of green and other forms of nature. Warm airwaves go up and down in a sweet dream-flight. One that goes on within ‘The Last Of Us’ until it plunges in a dark cloud at the final end. An end that gets ignored in the track named ‘Glass’ that although comes across a little bit more low in warmth, it chooses a similar road of existence.

‘I Clipped The Wings’ is one that goes back to the more determined music pieces that could be found all the way at the beginning. It has more a structure than a form of cloudlike fluff, but yet it has the weight of something that makes you want to fly upwards again. Something that lifts up towards the sun until the music finds a final resting piece and dissolves.

‘Echoes’ is a nice album for relaxing, will do great for yoga practice and for other occasions that you need music for that not disturbs but creates a warm atmosphere to make brainwork possible. The two tracks at the beginning ‘Solitude’ & ‘A Moment In Time Stands Still For  Eternity’ came to me across as the strongest ones, those had strong emotions to cover. But after that the music became more and more like drone like ambient flights. They go by almost unnoticed because it’s so warm and fluffy, but not overly emotional.

I would recommend this to play before going for a nap, a little rest or cuddling times with a loved one. (but don’t blame me if you end up falling asleep instead of getting ‘sexy‘ time)
You can find this release over at the following link:
https://canopyofficial.bandcamp.com/album/echoes
<KN>