The Hardliner – Suicide Bag Safely Locked Away (the videos) 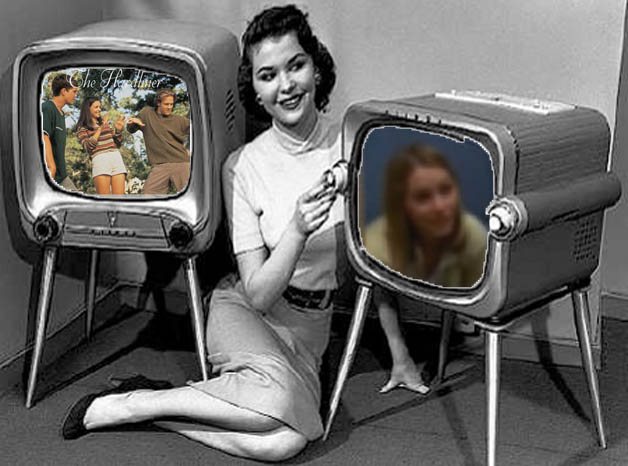 A while ago YIKIS featured a review for a magnificent free release and suicide prevention act made by The Hardliner named ‘Suicide Bag Safely Locked Away’.
Very, very recently The Hardliner contacted us personally to let you know about some very mysterious video’s out there that are out and about and featuring (even more mysterically!) the music of some of the tracks that finally became ‘Suicide Bag Safely Locked Away’.

I don’t watch television, but The Hardliner tells me that it’s video footage of a popular television series which you might know or (like me) perhaps do not know. I think in the case of not knowing; these videoclips are probably even better than being in the know. To make a long story a bit longer; thanks to The Hardliner himself you can watch and enjoy the music videos (even if you don’t have a television!) right here on this blog. Isn’t it amazing?
Don’t forget to put on the sound as that flaw would be fatal for your total entertainment.

The first video is for the tune ‘My Creek’ and features a girl perfectly edited to make sense with the intensive and pretty music by The Hardliner. The most touching moment is when we meet her sitting on top of the toilet. A lovable face reunites with a boy who in slow motion seems to find the girl attractive, although the girl itself pulls quite the awkward faces which makes me think a bit of a duck with complex uncertainty… Oh well.. I guess you can watch it all for yourself over here:

The seventh track on the album (Escolios a una historia de amor imaginaria) also founds its perfect match in a very fitting video featuring an old kind of professor who invented a balloon that his wife wanted so very much.. but instead of giving it to her the naughty nutty professor decides to give it to the clouds as to say that they are the ones he truly loves. A spectacular movie that with the music of The Hardliner really highlights the dramatic and yet romantic choice of this professor.. watch and hear the mesmerizing music for our self:

‘The Only Way Out Is In’ is another song that now can be enjoyed with the spectacular moving cinematic images. Its visual wise a dramatic start of a little boy encountering a death experience. Instead of having a standard tunnel vision with the end the big and famous bright ligt, this boy goes straight to his heaven full of white blossom, a fishing friend and a bad haircut. After that the bright light comes in still and we watch the gravestone that also is ‘the big sign’ of being the end of this music-video. (In case you thought it would go on..) Sorry for all the spoilers:

The last video is for track number six on the pretty (free downloadable!!) release and visual wise it comes across as shimmery, dramatic and to my eyes rather bizarre. What’s up with the trolls and the blond wigged girl with heavy mascara? Towards the end of the video we can see The Hardliner himself playing the music while dreaming of a white horse and the room that he is sitting in. A very surreal David Lynch moment if you’d ask me.. Oh .. almost forgot.. the video:

If after seeing (and hopefully enjoying) these fantastic music videoclips and have a healthy appetite to own these tracks and a few other tunes.. Than please click on the link below and download ‘Suicide Safely Locked Away’ by The Hardliner:
http://20kbps.sofapause.ch/Releases/the-hardliner/suicide-bag-safely-locked-away/
<KN>