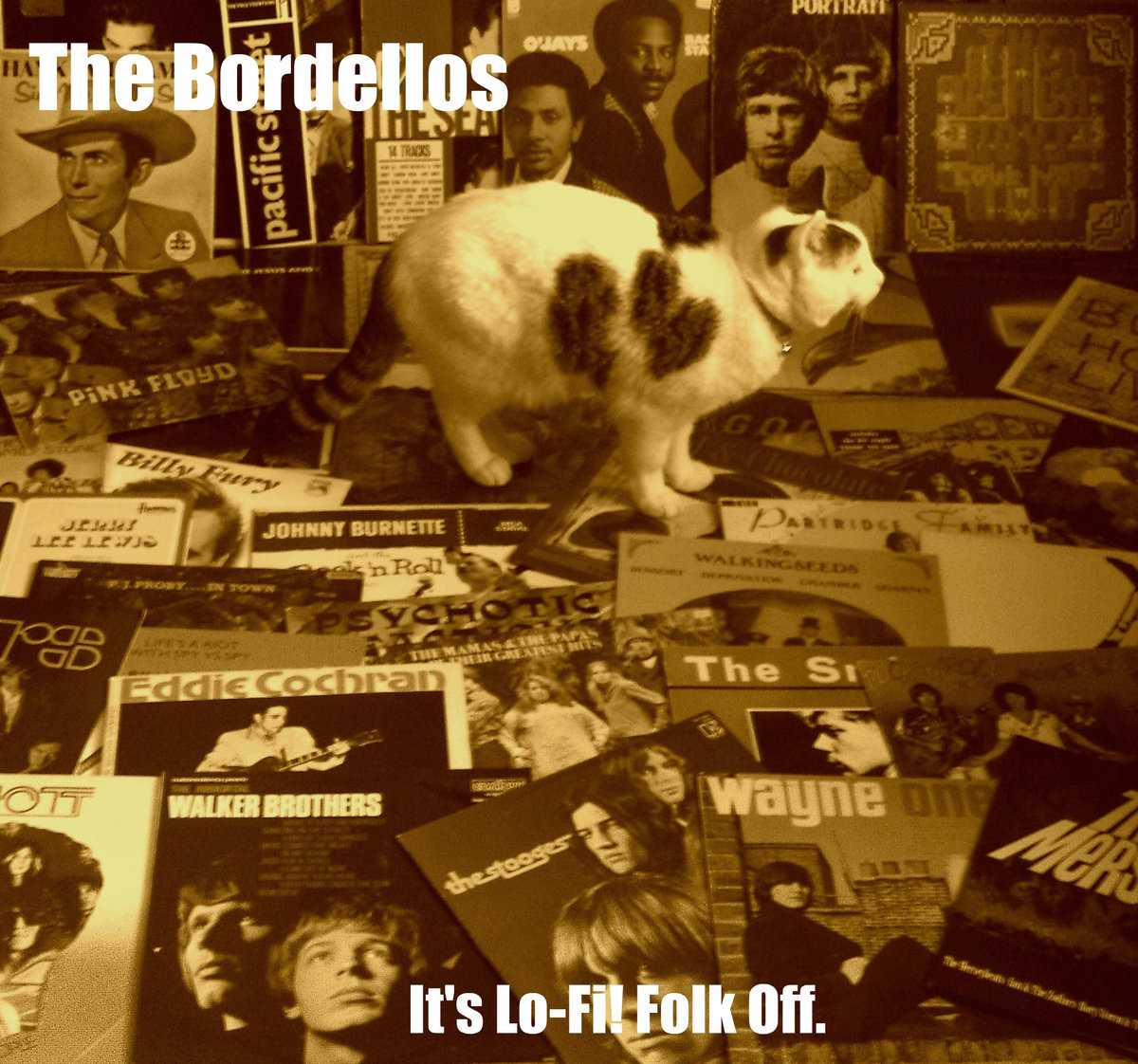 I know this is not so much about me, but as I post as me and feel some kind of reader writer relationship going on; I want to take the opportunity to clear something up.
If it was up to me, this place would be full of Lo-fi and lobit propaganda as I personally feel that that’s the music format I personally dig the most. The reason that I’ ll write about clean cut material too is a bit like a honey trap to gather people that would normally switch off to anything Lo-fi or lobit.

It’s a bit like the pied piper having a following of a nicely played flute and parading the whole parade down the cliff. Only to discover something much more purer and finer. The push of the cliff is sometimes a drastic necessity as some spoiled hifi kids are so up their own asses of clean cut Dolby surround stereo high tech blabla that they simply can’t judge music for the music; but do it for its cleanness.

Just imagine them with a piece of toilet paper and a spray to vaporize dirty sounds. Don’t you hate those studio engineers who cut out the inhaling and exhaling from air between the actual words of a singing singer after a recording session? It’s turning every record in a sterile one in which you have to clean your ears with alcohol before you are actually allowed to listen.. Leave your shoes at the door and don’t eat pig-meat; that kind of cleanness.

A while back we received a mail by The Bordellos in which was clearly expressed a disappointment with certain people that don’t seemed to understand the charm of Lo-fi which is of course absurd, but nonetheless it seemed that it was not written as a joke. There might be a sad truth to this reality of People that don’t listen or do not like an album because it isn’t made in a super duper big time show tune with squeaky clean cut sound.. What rubbish!

I can understand The Bordellos frustration, especially because their lo-fi album is actually coming across as very personal with no artificial studio trickery to hide away under; making it a special case that focusses completely on the songs. Perhaps the album might be ignored by the Lo-Fi haters, but here we (like it or not!) go for a track by track review. Unfortunately it isn’t possible for us to write in Lo-Fi or in Lobit, but just pretend that you are reading this as if it was indeed possible…

The first song on this ‘it’s Lo-Fi! Folk Off!’ Release is one song with the rightly chosen title ‘Dark Folk Song’. A song that is for its darkness in content, also perhaps the lightest in how it comes across. It has a certain humor in it, (dark humor) which comes across as accessible and pretty charming. Without going in the details of the story telling lyrics; it’s good to inform you that it’s done in such a way that the listener can visualize every step as if reading a short story from first person perspective with every line and word revealing more details. It’s the voice, the lyrics and the pronunciation that steals the show over here. So much so that one would not even notice that it is brought to your ears in that much debated Lo-Fi way.

The second song ‘Wishlist’ is a nice stripped down simple toned devotional piece that features the best basic ingredients of human expression. The tools are a hand bongo made rhythm, a harmonica, a guitar and a very prominent and honest sounding voice of the vocalist. The song comes across very direct and somehow manages to hit that special snare if sentimentalism. The lyrics are a great part of the charm that is provided here, but it’s how it is processed with different unexpected ways of pronouncing and a twist of speeding up the whole song to give the track more an underlining in how serious the content that is being sung about is. It’s one of those tracks that will trigger a feeling in the hearts of the listener which is a bit like drowning in personal realness that sounds much closer to home than any potential television drama or typed out novel.. The Lo-fi environment really turns it into a personal one on one experience; one one are the bordellos and the other one is us as listeners..

Another example of the charm that Lo-fi has is this song named ‘Vicious circle’, it’s even more stripped down (no bongos!) but the voice is sounding less fragile, although fragile enough to give shape to the honesty that shines in this work. It is a song that makes you stop swallowing for a bit, until the Bordello song has done its thing and you can grab a tissue to dry a possible tear that popped out of solidarity.

The song ‘Lennon Never Died’ gave me goose bumps, not sure if it was because sitting under a cold breeze of from the air-conditioning or indeed the vibe of the actual track. It’s a cryptic and yet not so cryptic nostalgic song with a certain sadness over it.

A different vibe that does the right justice to the Lo-fi environment is ‘Peach’. The rambling guitar sounds more energetic, almost rocky but sunny. The voice of The Bordellos pronounces the word ‘Peach’ like I’ve never heard anyone pronouncing it before. It sounds to me as a mix of sarcasm and yet something juicy and sexy how it is spoken out. Whatever the track is about, it will leave active listeners in a state of trying to emulate the special way of ‘Peach’ sing & songwriters talk.

Than the ‘it’s Lo-Fi, Folk Off’ release hangs itself loose with delivering the ‘Tom Waits Blues’. Of course I’m not close to The Bordellos to indeed know what the ‘Tom Waits Blues’ is, but I feel it’s a bit like an old friend of mine who had suffered once in a while probably a similar ‘blues’. It was a bit like depression but than with lost of Tom Waits songs as only friend and company. Playing every album, every rare track of Tom Waits from early morning to late at night until the sky turned blue again and summer cleared away the friend’s dark days.

‘Primal Whisper’ is music wise quite interesting. It’s a guitar and also probably a Asian stringed instrument which name completely slipped my mind. The song is nice because of this unique play combination; very primal.

The last track is ‘Holy Love’ which is like listening to a very charming character trade settled down as music. It’s perhaps the strongest song on the album, a robust one that carries the listener over the hill to make sure the holy love for Lo-Fi, this album and the Bordellos is finally conquered and truthfully respected:  https://bordellos.bandcamp.com/album/its-lo-fi-folk-off

2 Responses to The Bordellos – It’s Lo Fi! Folk Off