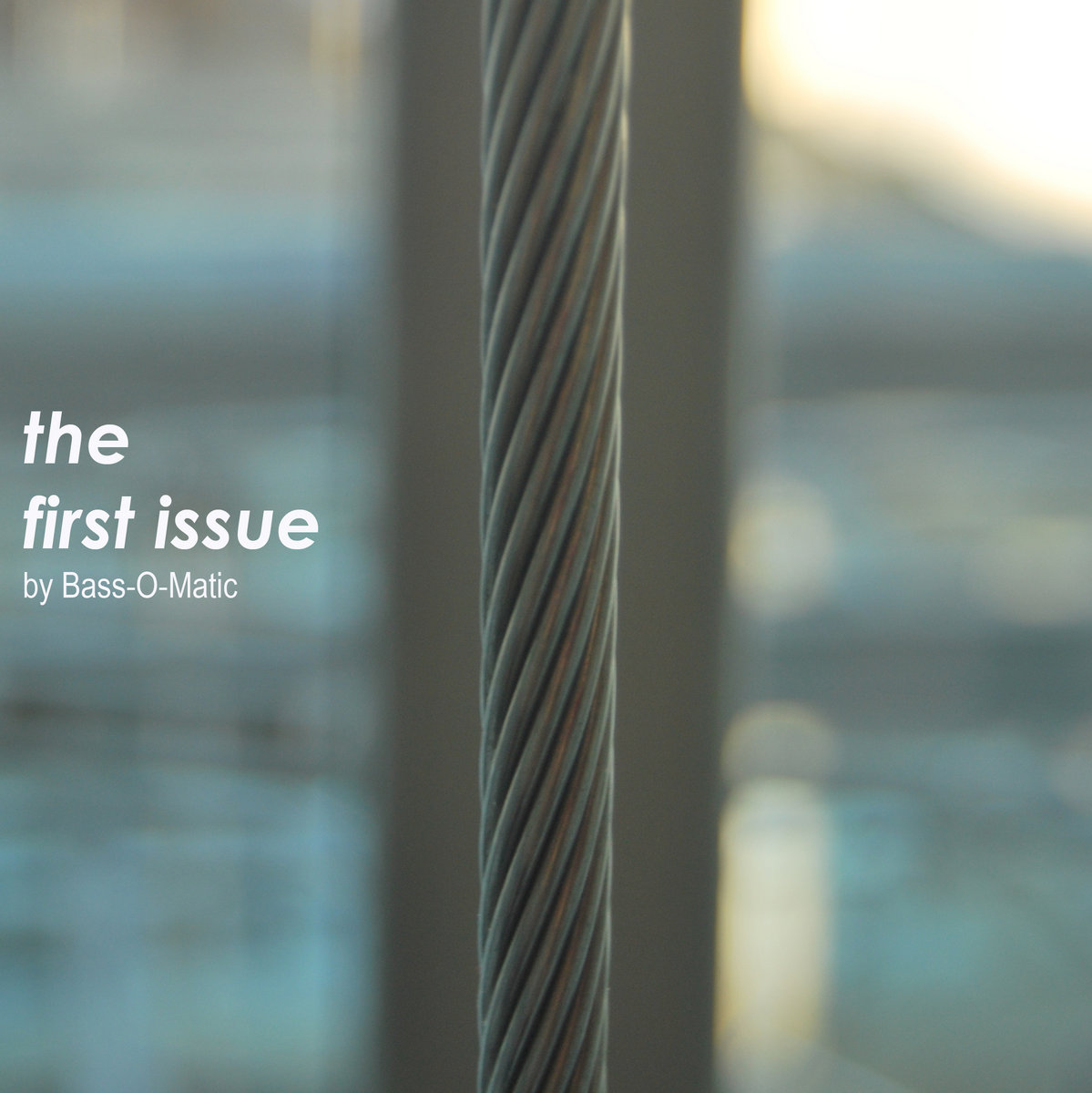 Kornél Bíró makes music under the moniker of Bass-O-Matic, it’s of the experimental kind and involves clearly a bass guitar and a lot of imagination. The album that you should read about in this text starts with a work named ‘uncomfortable feeling’ which not really gives me a uncomfortable feeling but more the feeling of a upcoming ‘underworld’ track. Luckily the underworld hit stays out and Bass-O-Matic jams his bass in a talkative but rhythmic way.

The bass seems to speak, sing and scream a bit as if it’s possessed and does its best to get the spirit out of its system. Hearing the progression of the track I’m not able to say that the bass will be saved, but as a listener it is not a problem to hear the bass living a life on its own like a ventriloquist doll with Bass-O-Matic playing it while drinking a glass of milk at the same time. The ending ends with a nice high note and that’s it.

The next track becomes even more intensive, it’s the haunted bass going for a more wilder side. Perhaps the ghost was one of a smoking hot rocker; you can just smell the leather of a jacket through the work. It becomes more crunchy half way through the track, as if the bass reenact the spirit driving a Harley motorcycle and enjoys grinding through a fresh layer of raw asphalt.

The third track is a sad one, it’s the bass crying as it’s strings seemed to be in a certain pain. It cries a bit like a famous Dutch clown named Bassie.. But this time it’s not a laughing matter as the bass really seems to be a bit of an emotional wreck. Who is going to give the bass a hug?

A much more stable work is ’53’ , for some reason it made me think of a name for a highway crossing some sandy hot landscape. It’s here that the bass is sounding more like how most people would recognize it. It lost its voice and has now more it’s normal shape which is obviously more easily playable by its owner Bass-O-Matic. The vibe becomes more grim towards the end, but it not loses its human feeling although if the bass was played by a hairy wolf it wouldn’t be amazingly shocking too.

The next one is a performance named ‘shred’ which gives the feeling of gritty teeth, cigarettes stuck in both nose holes and a odor of whisky coming from a pair of under armpits.

The last track is the ‘final warning’ which might sound at the first beginning a bit like gooses that try to communicate inside a storm. Then it becomes a bit more closer in the ears and the bass sound comes across more as a bad reception of a short wave radio that try’s to broadcast a guitar riff from a legendary death rocker. It’s gritty, noisy and quite obscure. Not that it’s difficult to find, but more that it’s difficult to hear the instrument as a normal instrument.

The bass starts to lose its identity a great deal as it now screams like a goose that is about to get strangled by a pair of strong hands. An alien transformation that happens slowly but unsuspectingly saves the bass goose by abducting it into cyber space. That’s the end of this album and my ears are confused but satisfied. Come and join the bass:
https://bass-o-matic.bandcamp.com/releases

3 Responses to Bass-O-Matic – The First Issue