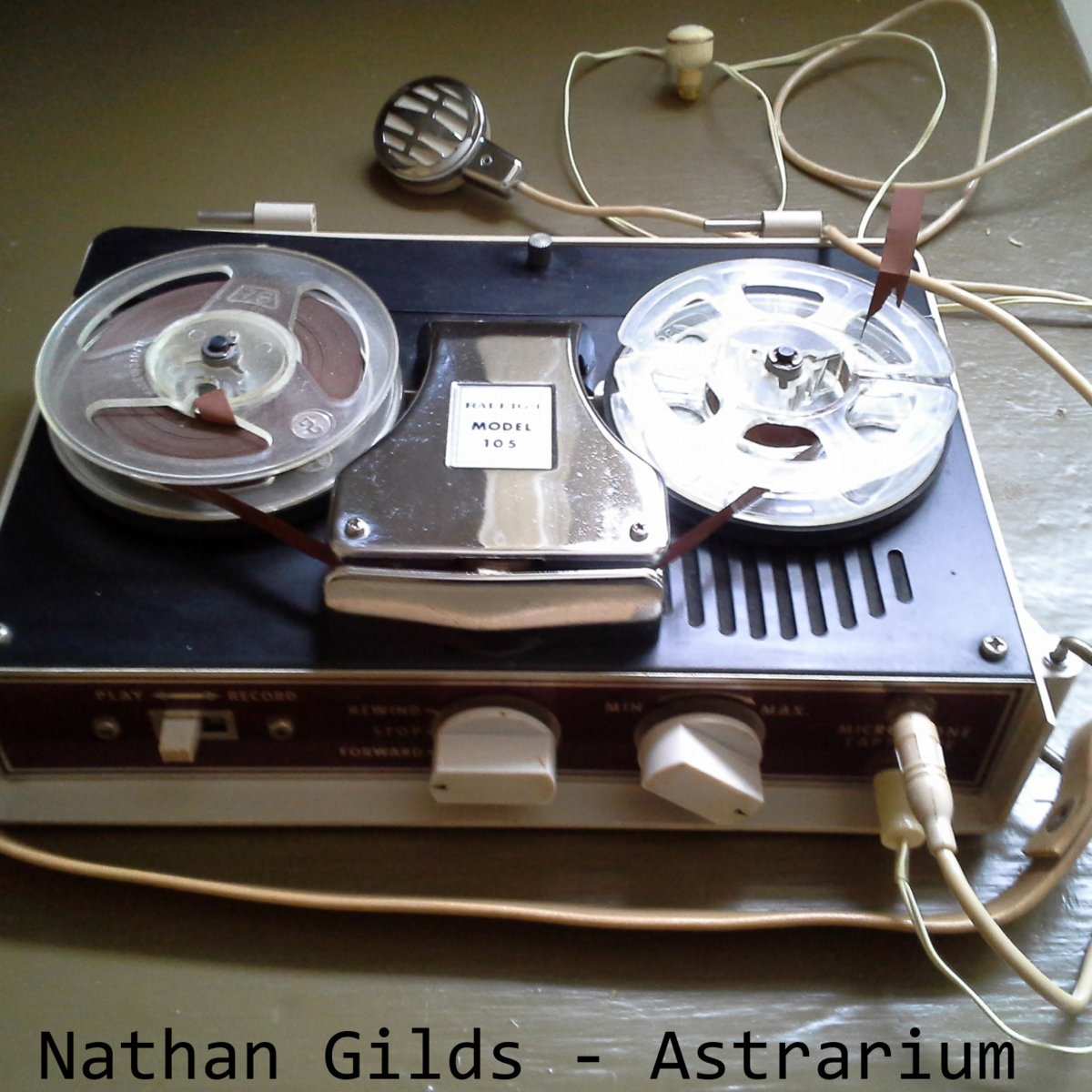 Above The Arctic Circle’ is the first track that will bring this warm Lo-fi feeling that will stay throughout all the tracks on this release. This piece goes for a nice chord progression and introduces the warm stringed instrument that will be our friend for the rest of the album. The melody here moves like the arms of a young mother cradling her baby, pretty nice for grownups to hear; especially recommended to listen while curled up in a fetus position.

Than follows a ‘paper boat’ which has a melodic theme that wouldn’t be out of place as a track featured in old classic Japanese art house movies. You can just see the black and white footage of a stop motion paper boat passing by as the music does its thing.

From here the artist gives the ears one soothing calm melodic piece that also comes across as if it has gathered a nice layer of sweet dust to make it even more warmer than without. It’s the cozy sound of a track named ‘Astrarium’ which is good material to cuddle up too and possible a good backdrop to tell strong stories among sailors.

This release feels as if time is standing still and the ears are enjoying a non excising classic surreal movie created by Shuji Terayama with these authentic compositions by Nathan Gilds as the script and soundtrack. Just listening to ‘clocks’ and grainy images of giant clocks with half undressed posing people just might pop up in the cinema of the imagination.

The ‘gallery’ one is another track that has this swing to it that makes it sailor worthy, it just feels a bit like the music a drunken sailor would hear while the boat rocks from one side to the other and back again. Warm and pretty, but walking straight might be out of the question.

The acid like cinematic effects might come in handy to compliment the very short track named ‘blue turns red’. Its gone before you know it, so better try to listen it in slow motion.

The one named ‘Boughs’ is the perfect track to interlock arms and move side to side. It has this ‘we are all friends’ kind of atmosphere, perhaps it’s just the hard liquor talking, but it’s a universal language and quite the charmer.

‘But I Thought’ is more dramatic sounding, but not enough to get the atmosphere down. It’s more as if one of the sailors made a nasty remark and the remark slowly sinks down in the bottom of the brain in the hope to trigger some kind of witty response.

Frosty Window Beside My Bed’ has this comfortable feeling over it that is also melodic wise very recognizable. To be honest I’ve been hearing this one on repeat just because it slides so smoothly through the speakers that it feels like you just need to play it again and again as if it’s wood that needs to be placed in the fire.

The last track named ‘riding to stay warm’ has indeed this feeling of riding into the horizon to round off this cinematic soundtrack of shimmer music and hopefully meet up in a follow up movie for the mind, or another album of some kind. It isn’t very clear which is the appropriate way of riding into the horizon (could be a horse, car or even moving slowly while humping a partner of choice), but it’s a pleasant end of the release and a great moment to provide you with a link to all the content described above:
https://dhaturarecords.bandcamp.com/album/astrarium
<KN>