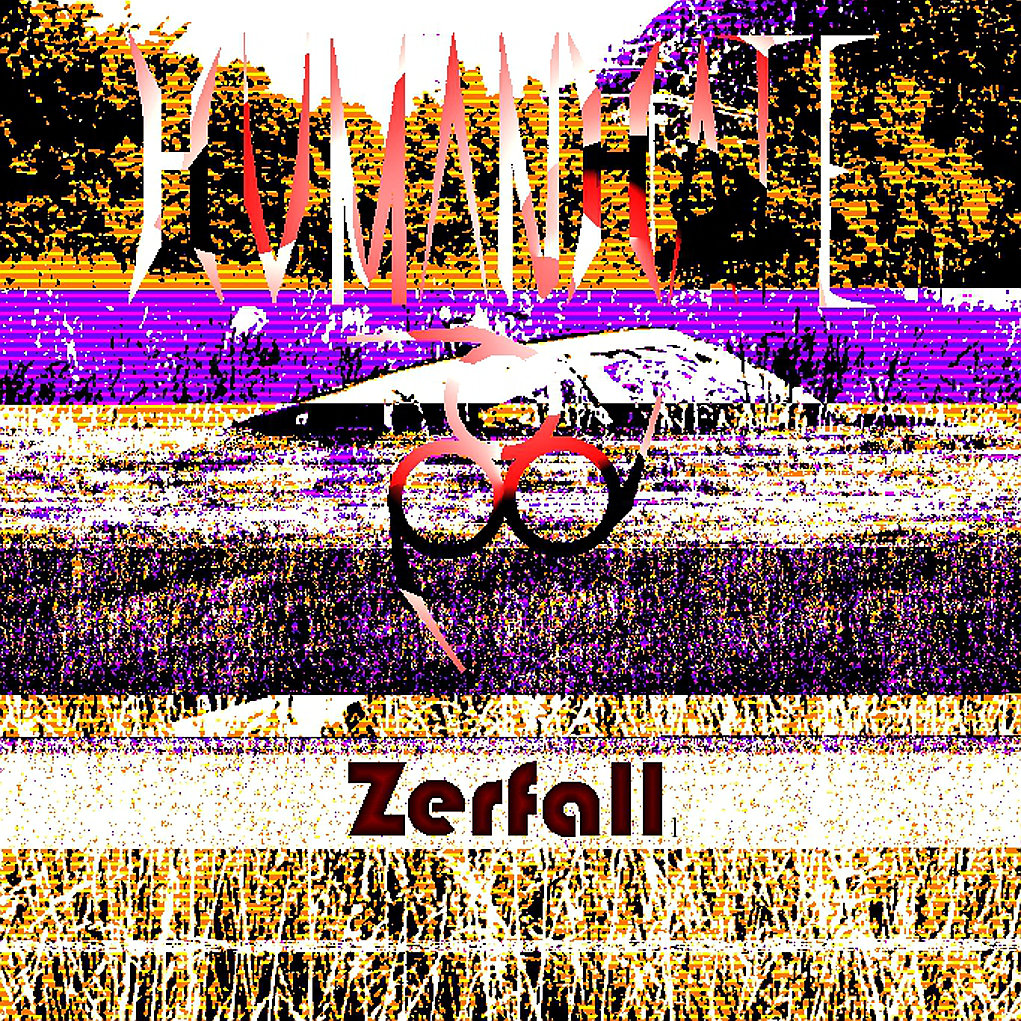 The producer with the very positive name and attitude ‘HumanHate666’ has another lovely release for our ears to enjoy. The name of the work (as could have read above) is ‘Zerfall’ and consists of two tracks only because of technical issues with the format of bandcamp. So better ignore the cut up halfway and endorse this massive sound as a whole. It starts without fancy introduction or a cute fade-in; but gives the ears directly the lethal dose of harshness that keeps the ears occupied for as long as the ‘Zerfall’ blasts out of the audio equipment of your liking.

It’s a soundtrack that is harsh, loud and has a slight repetitive movement over it. You have to just let it sink in your system to get yourself in some kind of stereotypical wave that isn’t of a nasty kind, but more as if it is a very minimal harsh ambient piece that slowly wiggles the mind into a state that is somehow finding a certain harmony. It’s not out to disturb, but could function as a backdrop for all kind of things. Working, writing, dreaming, cleaning etc.. It might even be great to see how this work works out while doing some regular vacuum hovering.

The only thing is that the music is coming across so harmless that it might forget telling your brain how loud it actually is. The reason for mentioning this, is that my ears had been ringing for over an hour after the ‘Zerfall’ had long stopped its presence.. It’s the kind of wall of noise that you forget that it’s there; absorbing itself in the backdrop like a silent killer destroying your ability to hear in a sneaky way. (But hey, what you expect from an artist named HumanHate666, a bunch of flowers and a box of chocolate?) You have been warned! But for now, enjoy the wall of noise named ‘Zerfall’ (at your own risk) over at the following link:
https://harshnoisewall.bandcamp.com/album/zerfall-2
<KN>