Today it’s like almost every other day of the week ‘Someones birthday’. But as it happens that on this day a very special intense underground character was born, I thought to make an exception and take the time to congratulate Robotic Joe with his achievement of surviving another year. Well done, sir! You might think survival is easy, but as Robotic Joe is based in Toledo you simply never know if you can shower or have water to drink. There has been a drought over there with disastrous circumstances… Luckily Robotic Joe lived to tell as the other most favorable Toledo artist Graffiti Mechanism / C4 who unfortunately isn’t born on this very special day..

For readers that don’t know the music of Robot Joe, you might be good to know that his music is different and seriously unlike anything else. He hangs it in the breakcore genre but I think he is music wise a genre on his own. One of the most favorable Robotic Joe albums of all time is really worthwhile to download and take a good listen. It’s an album named ‘Animal Communicationz’ and I shouldn’t say anything about it really… but it’s too good to not say anything! 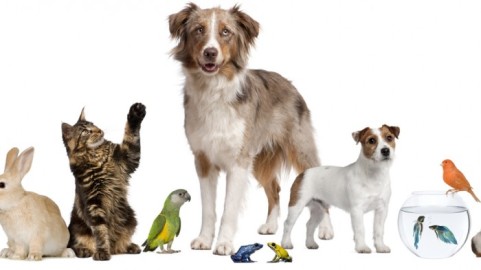 ^ look its a picture of a bunch of animals

The first time listening to this album made me realize how genius and unique the mad sound of Robotic Joe was.. This album still impresses me today, and really if you want to know about Robotic Joe, you really should check this one out. It’s like a complete zoo of animals trapped in a tornado of madness. I can’t describe it, it is simply unlike anything else you have ever heard… (Unless you heard it already before, he?..)

If you like animals &a lot (and I mean a lot) of samples and all processed in a way that is absolutely over the top in the insanity factor, than you will be absolutely adoring this album. It’s free to download too, that’s how crazy it is!!

They say genius and being completely bonkers go hand in hand, but Robotic Joe adds certain uniqueness to this saying. If you need more reason to download this mind f*ck of an album, than please remind yourself that it’s Robotic Joe’s birthday today and by downloading and listening this animalistic album for free it’s a bit as if you visit the birthday person himself and hang out in his private chambers full of communicating animals..

^ a picture of animals

Did I already mentioned that it’s full of animals? It’s full of them.. birds, tropical animals, abstract animals, elephants, teddy bears.. And these animals are captures and presented in such an absurd way that it will be a ride of pure WTF all the way! Might it be an album for animal lovers? Well it just might be.. if you expand your mind enough; everything can be appreciated! Anyway download this album and just let it come over you… it’s guaranteed completely craaaazzyyyyyy!!!
Free download in the comfort of a zipped folder over here:
http://proc-records.net/upload_music/%5Bproc411%5DRobotic_Joe_-_Animal_Communicationz.zip
<KN>