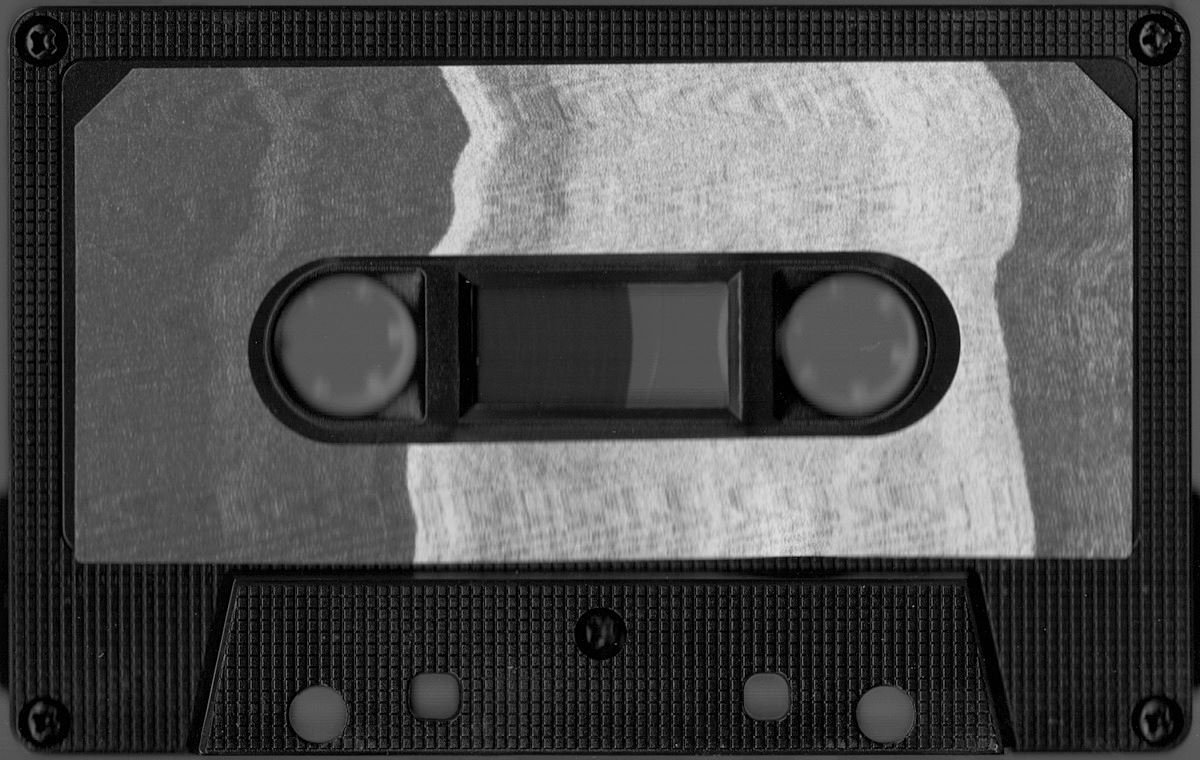 ^ this hard dubbed black C90 cassette could be yours!

Good news for the reputation of the drones, a sparkle of positivity might be added thanks to Death Register’s Phonoaesthesia. There are only 40 copies of this positive point of drone available in the world and each of them has the physical shape and format of a hard dubbed black C90 cassette.

Does this mean that these drones on ‘Phonaesthesia’ aren’t equipped to fly like the other drones that enjoy a rather negative reputation at the moment? Well in a certain way this answer can be answered with a ‘yes’ and a ‘no’. No they don’t fly like the other drones, but ‘yes’ they certainly give some kind of flotation inside the mind of someone who plugs into the sounds of this Death Register.

Three pieces are there, starting with one simply named ‘P’. The P can stand for many things (Pubic, Poop, Piss, Penis, Prostate, Porn..) But in this case it just might be just standing for the word ‘Perfect’.
It’s such a soothing drone piece, very nice and slow. I can’t say it comes across as dark and neither can I say it comes across as bright. It just manages to be somewhere in the middle, which keeps all misunderstandings from colors and shades at bay, which means that this drone could be one that brings people together. Just what we all needed: a peace drone!

The second drone is simply named ‘Q’ which can also stands for many things. (Qunt, Qagina, Qits, Qnus, Qum), but in this case it just might refer to the letter Q in the death register. This drone has a different tone, slightly still being a modern mediator, but there is some feeling of something emotional in there. On one side there is this beautiful warmth that goes ahead in full stereo; massaging the ears with a true intense feeling of pulsating soothing audio pulses. But there is also something that feels a bit as if a church choir consisting only of female members, has been pulverized to come out as a recycled wonderful layer of ambient drone to give these pulsating pulses a stable home base to hold on too.

The last drone who works hard for a more positive image of the perception of drones is one simply named ‘R’. This ‘R’ could refer to many things. ‘Roses, Red, Robocop, Ridiculous’ but it just might be the first letter of that clown from this popular image struggling hamburger chain. I can’t find a word with a ‘R’ that would describe this drone in one go as it is ‘Robust, Rovely, Reliable and Rather Romfortable..

It’s perhaps not even a drone! How about that? It might just be a Rare case of a mixup by bRinging a soothing ambient piece that goes for a slow and repetitive effect making it a perfect work for easy listening and perhaps also perfect listen material for beauty naps and die-hard-sleeping. In any case this ‘R’ knows how to suck the listener up in a warm layer that gets denser and more beautiful along the way of its durance. It moves out very slow and in a kind gentle way blending in with the silence that hopefully waits after successfully going through these lovable soothing positive ambient/drones.
You want to hear and enjoy them? Check this link:
https://invisiblecityrecords.bandcamp.com/album/phonaesthesia
<KN>