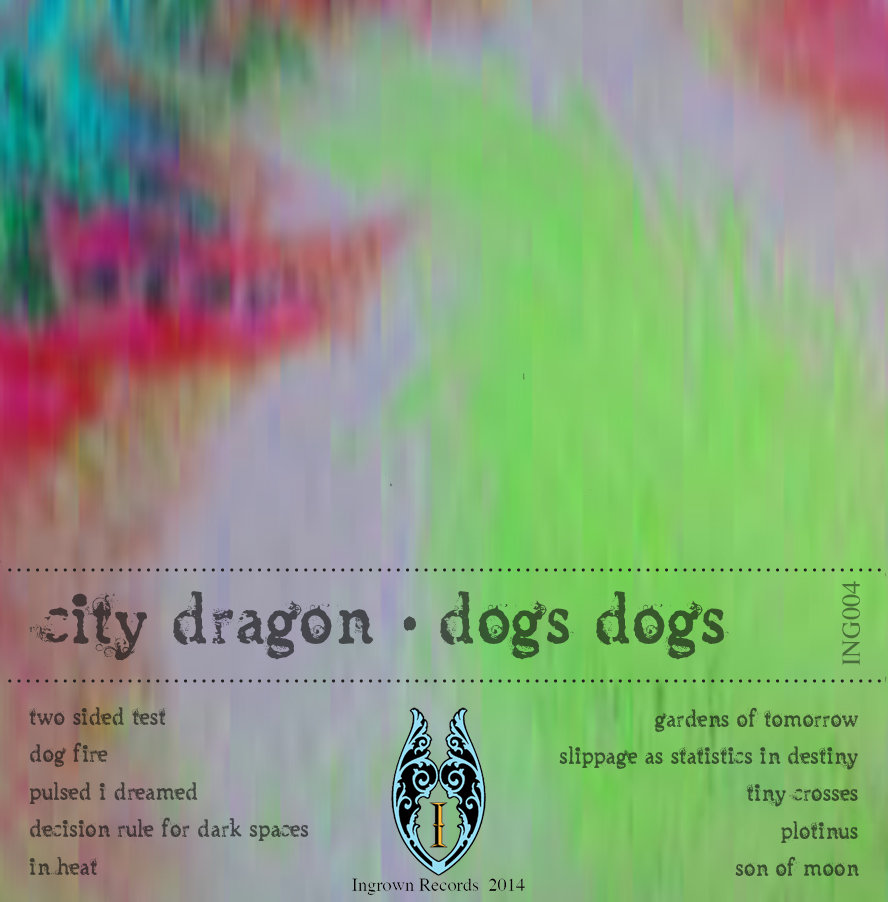 After scientists doing the two sided test’ for many years in secret laboratories in a hidden department of the Parisian catacombs, the ‘Two sided test’ finally reached the light of day by appearing on the ‘dogs dogs’ album by City Dragon. It’s still sound as if in testing phase, but still good to hear something declassified once in a while.

Another piece of your interest might be a production called ‘dog fire’, which seems to deliver a hidden from public secret French ritual to the ears of the world. It begins all happy and jolly, but soon you real use that it’s a pre-party for a sacrifice of a dog roasting as a steak on top of a fire; my laughing feel good vibe got silenced. Some things cannot be unseen and even though everyone loves the comfort of campfires, not many people in Europe fancy a dog getting roasted.
The ritual partakers provide the event with warm music and special singing which somehow makes up for the disturbing imaginary view.

After the dog roast there is a piece of music named ‘pulse I dreamed’ , which sounds very warm and indeed folklorish in a dreamlike way. Personally I can’t get rid of the idea that the strange whistling sound is done by playing a special made flute created by the leftover skull from the previously unfortunate roasted dog.

To completely remove this returning visual of dog sacrifice, ‘City Dragon’ comes with a wonderful cure of warm and moving music. It’s called ‘decision rule for dark spaces’ and sounds like a lovely smothered trumpets complimenting a good morning. Something that actually puts an end to the dark spaces and makes the sound more spacious in a light way.

In Heat is another wonder of a track, it sounds at first as if there is a fanfare of music makers parading the Parisian streets while performing the music of City Dragon. Some neighborhood complainers have an argument and some shaman sings somewhere in the track, but in general it is of a festive positive kind. The person responsible for the recording of this track twists knobs and muffles and tweaks the sound in a more experimental matter.

‘Gardens of tomorrow’ is a short stripped down dream like progression. The main base is provided with sweet lovely tingling bells. Who doesn’t like bells? Yes, everybody does like ’em, even the haters. 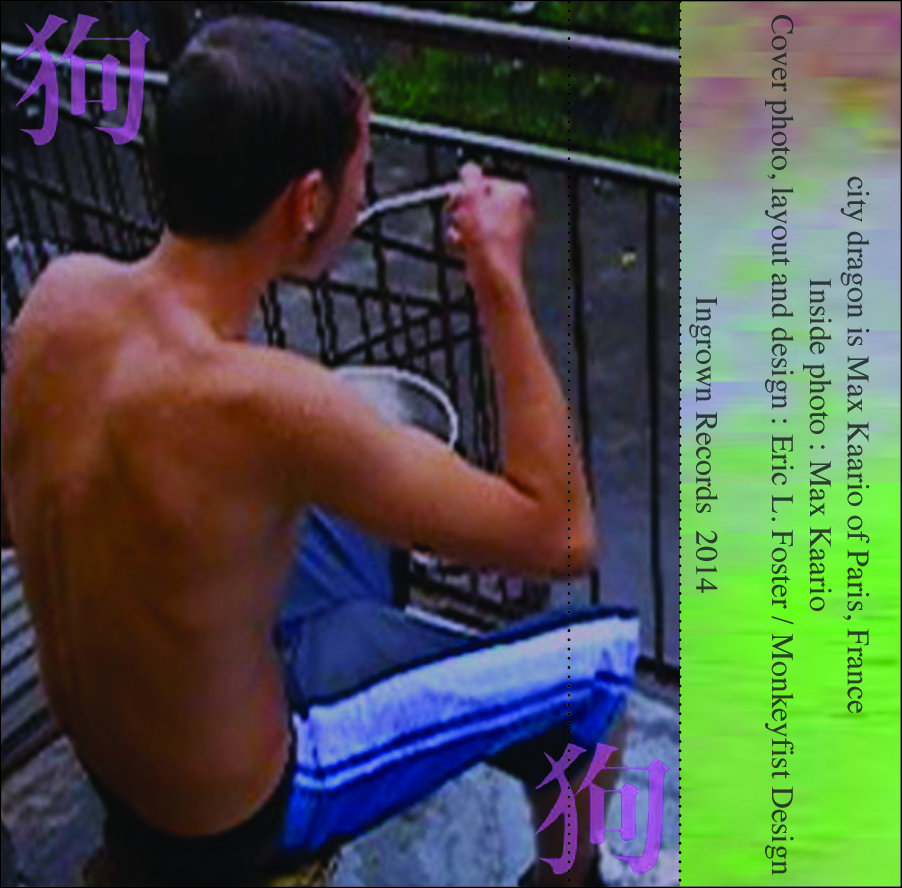 A more serious sounding work is ‘slippage as statics in destiny’ that sounds nice and warm with a soul of something mythical. A performance of a flute or a horn that might direct a snake to dance out of its cute little basket.

If you like more an experimental approach, you might like the piece named ‘tiny crosses’ which sounds at first like a little arrival of playground swings that could use a bit of oil. But just before you can grab an oil can the music flips a channel and showcases something of an completely different origin. The floor is getting stamped upon like a group of warriors stepping up around in circles while a ritualistic form of live music is performed. It’s a piece that feels in sync with some roots of an ancestor with a hunger for some action.

‘Plotinus’ gives a different take with music but has a similar ritualistic vibe. There are some hot oddities to be found in which the whole status of music is launched into some time warp and than gets bounced back to its normal shape as if it’s an elastic string.

The last track is ‘son of moon’ which might be the name of the god that City Dragon has been praising, worshipping and dancing for. It’s a warm piece which makes you feel like going into circles. Perhaps because it sounds loopy? It’s a moment for us to join these crazy music makers and bend down on our knees and make a merit to this moon son. After all it’s the least thing you could do after hearing all these ritualistic music pieces. Join the cult, but don’t bring a dog as they might roast it:
https://ingrown.bandcamp.com/album/dogs-dogs