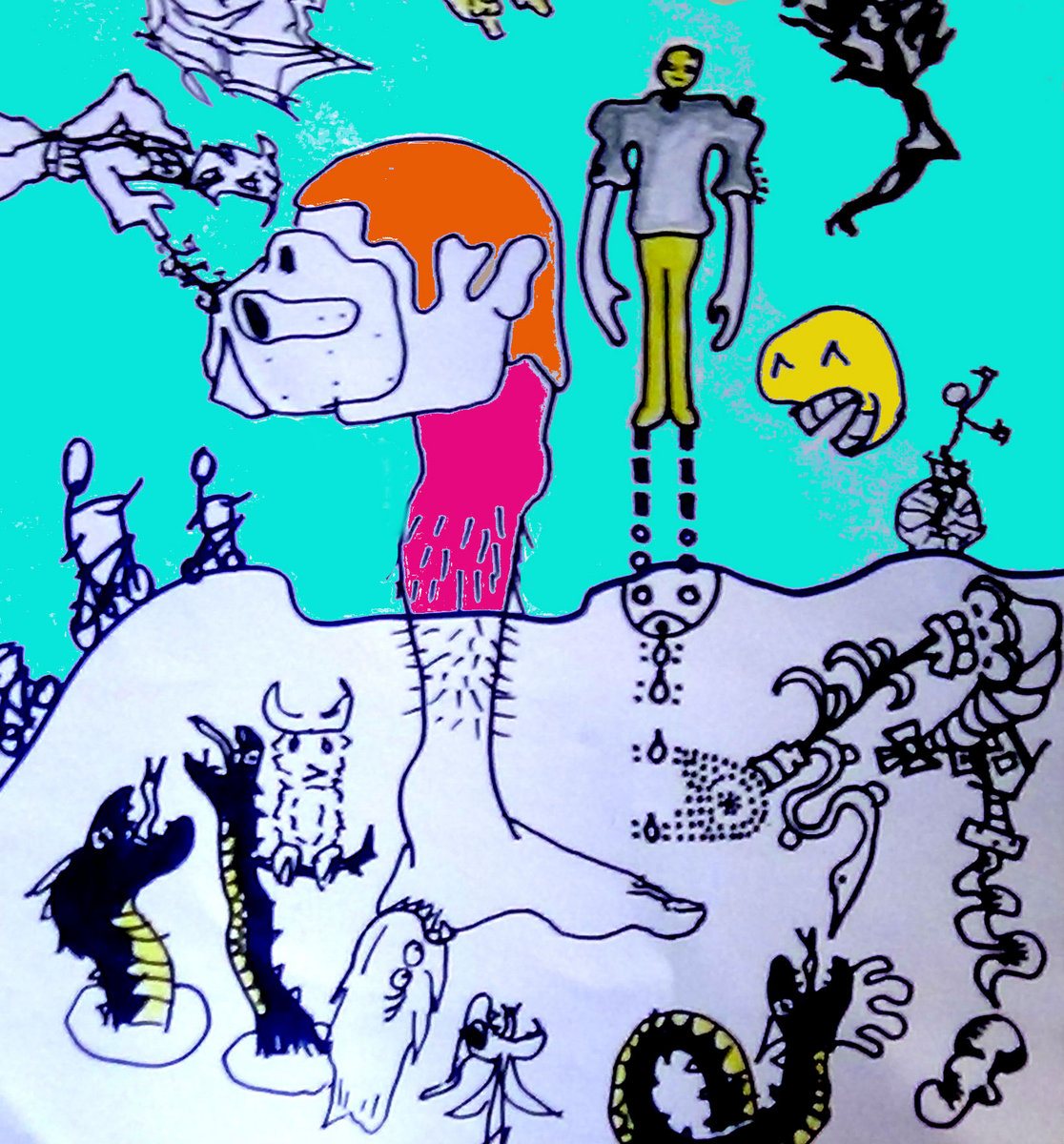 Yesterday an important email landed in the mailbox. It was one hand typed by our head of Comment who is also known around in the comment section as ‘Linda’. Linda had a hot tip-top tip for us that we really should review this artist who turned famous overnight through a viral video in which he showcased a headscarf and a funny dance move. Of course the video got even better when eventually someone turned on the sound; music! Or even better; Quirky disco music!
here is a 2 hour loop version of this now legendary video:

The few seconds that the original video played was enough to check out the link that Linda provided within the message. With great joy in our hearts the link took us to the bandcamp account of the now famous head scarf wearing disco artist. The album featuring the now instant legendary song featured in the viral video was standing proudly in full length somewhere in the middle. There was no other way than going through the tracks who stood before it.

The first song ‘Graveyard Eyes’ was the one that went out through the speaker system like a happy upbeat graveyard in the shape of a heart. It’s like a fitting black legging that you want to jump in to turn your legs into rubber. The ‘No Way’ song has at first sight a slight polka feeling over it, but the pop vibe soon takes over and in no time the whole office was singing ‘no ho way lalalalalala’. A party track that would set some feet on fire in order to move as quickly as the feet of the artist in that viral video.

One serious song with storytelling wisdom in its perfect intelligent written lyrics is ‘love is all’. The music might be camouflaged as silly but the song is taken from real life featuring a smart realization that I guess a lot of people can relate too. At least in the office of Yeah I Know It Sucks many heads nodded off in agreement. A great song with a message.

The one named ‘aaah’ gets the pressure of the kettle and is coming across as more lightweight material that brings everyone together with the lovable sound of poppy love. A sing-a-long-song for the wordless!

Than a song named ‘Fuck Around’ is not fucking around, providing a disco pop structure with a very off-odds trumpet to keep it edgy. The lyrics are expressed vocally and there is even a moment in which a homer simpson ‘doh’ moment comes along.

The song ‘Hollywood’ is another one in which the artist his burning passion for poppy melodies and passionate vocals form a great team to create something memorable that sounds like a good tune for the dance floor. But the highlight of the album is the full song that people had heard a small snippet from in that career defining viral video. It’s one song expressing of something that probably 90 percent of the internet agrees with, but now done in a way that we can sing and wing along with it! Shit’s fucked! The song is on fire; no wonder that it is one of the most searched tracks on the Booble search engine right now!

The next track before the last one is ‘Disenchanted Heart’ which is one that invites us to your own erogenous zone; a discovery good for some sexy dancing.. The last song ‘People Tonight’ is the jolly end of this record, featuring more up synthpop vibes with slightly off track singing that will ring around in the head even when the music stopped playing. Thanks to Linda we can give you a link that leads to this hot album:
https://stephenpaultaylor.bandcamp.com/album/people-tonight