Creatures, creatures everywhere. They keep on crawling out of the speaker system since the release of Creatures volume 1, and now with Creatures vol. 2 the invasion of these electronic creatures seems unstoppable!

Contained and collected in a secret studio in a village named Lobith (Netherlands) they have been raised on top of mini CDr’s. Now these discs are being spread, showcasing a careful selection of a breed of Creatures that no disc could contain before. Catering a curious group of DIY creatures-collectors with a curiosity factor high up on the agenda, they knowingly setting them free through speakers world wide.

When the Creatures of volume 1 was a brilliant collection of togetherness in breed (read all about it in this exclusive review) , the second Creatures goes for a more broader orientated species. The place of origin aka ‘inverted Recordings’ simply labeled the creatures under the tag of ‘electronic’, which basically means that except being ‘electronic’ anything creature-wise is a adventurous possibility on this nifty collectable.

There is no surprise that this means that just like the creatures of volume 1, the creatures on volume 2 are surprising and by far not your normal day electronic ‘oochy oochy oochy’ music; these creatures here have personal identities.

We at Yeah I Know It Sucks obtained a sample of them and asked doctor Philll to test them all out for your safety. After all it’s easy to obtain these Creatures, but are they easy to take care off? Potentially dangerous? Good with children?

Hello Doctor Philll, how do you do?
-fine, fine. (Shows teeth to show he is smiling in good nature)

We are just discussing the release of Creatures vol. 2, any professional thoughts about it?

-it’s fine, fine. Nothing to be worried about. I mean these creatures are my kind of friends. They are perfect relationship material and do not  form a threat to children. (Shows teeth to show the feeling of being wise)

-The Creature named ‘Material Action’ does not influence or invoke mass consumerism but indeed shows of a interesting identity of smokescreen and mist. It’s an odd creature who is being warm and cuddly, but yet distant while keeping its vibe very personal. It’s only harmful to itself, but is gentle and versatile to the others. (Shows teeth in order to promote an undisclosed whitening product)

-The up side of this Creature is that Material Action is very chill out companionship, bringing shimmering  mist-pop that is of a mild order. The creature can be enjoyed as a one time friend, but grows larger than life when playing it multiple times. No need for arguments when this creature is around. (Shows teeth in order to win your heart) 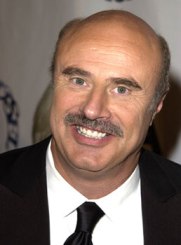 What about the other creature? The one with all the feathers?

-fine, it’s fine. Not harmless at all unless you are hungry and try to eat it; than it potentially might poison you in an instant. Not that we tried it yet.. You want to try it? (Shows teeth in order to let us know that this is sarcasm) 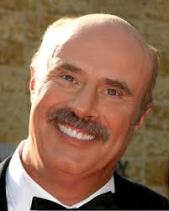 -The creature named Toxic Chicken is one for the ADHD and Bella Lugosi fans, it has quick beats and also Bella Lugosi in its heart. I’ve tried to put it with my collection of chickens, but that is not a recommendation as they all changed color. (Shows sharp purple teeth for bizarre effect)

And what about this creature named ‘Mind Of God’? Sounds particular isn’t it? 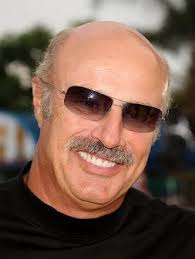 -actually ‘Mind Of God’ is my favorite creature on these sample days of testing them all out. It seemed the most intelligent, the most LSD vision inflicting creature on the compact disc. Has a good rhythm of heart and did show excellent self-hygiene. It made me bold head shiny and considering to leave my wife in order for a long lasting relationship with this creature of danceable visions and intellect. (shows the teeth of Jack Nickelson in forehead)

And this strange looking creature?

-fine, it’s fine. It’s Alex Spalding. The intelligent anarchist brings a solid flirt with industrial eighties to the household spreading love and affection along the way with a microscopic antibiotic melody secretly sneaking into the family. (Shows teeth in order to present a loving feeling)

– the creature does very well on all kind of conditions, testing it out on the treadmill for five hours and never gave up on me. (Shows teeth again shining in health)

And the last crea…

-fine, it’s fine. It’s the creature called Caffetine and is one that is more metallic, rubber, leather-like in skin. Seems frightening at first sight but is a great friend. It also attracts enthusiastic human friends who came over in order to hear and see it. The testing place was by than instantly turned into a dancing mass in which creatures danced alongside human admirers in a friendly matter. (Shows a toothless mouth to confirm a good time well spend)

-I’ve not been scientifically approached to test out the creatures on volume 1, but the ones one volume 2 are harmless, danceable partners that are more marriage material than any human being that had visit my office for a long time. I would certainly recommend them and hope they spread all over the world conquering many hearts and souls with their open minded identities and good sounds. (Shows proudly a pair of fake teeth on the floor)

Thank you doctor Philll!
Here is a link with doctors approval and recommendation, may the creatures do you good and be your dearest friends:
http://invertedrecords.bandcamp.com/album/ir003-various-creatures-vol-2