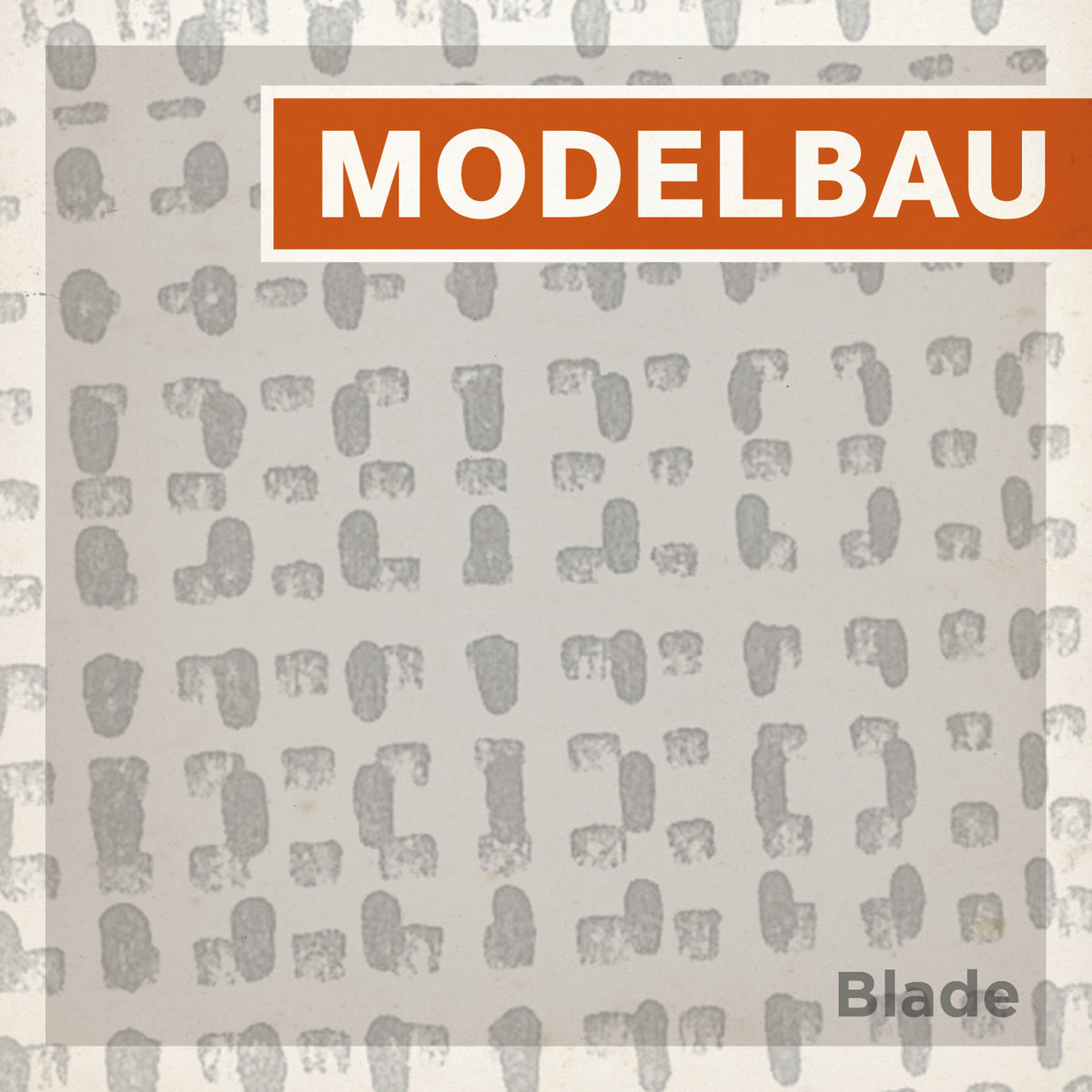 This album by Modelbau is one that seems to be showcasing sounds of an experimental order. Each track covers a different experiment and all come across as taking the time to be absorbed by the potential listener. The first one ‘Buoy’ is one that is fairly minimal but also moving in a way that the sound exhibits itself more clearly. The sound exposed is very warm, but also noisy. It’s like listening to an exciting calm static mixed with a slight warm hiss to a rattling electric vibration. I have no idea of that makes sense in writing, but i can’t do better than this.

The twirly noise is just as friendly as listening to a needle of a dusty turntable that is stuck at the beginning of an empty vinyl, but the music procession itself is much more progressed and has a calming effect on my mind and body. It’s the music to sit down for and endorse it as if it’s a therapeutic session that you paid well for. When a visit to a shrink is usually paid by the hour, buying this album is just a one off transaction; a good deal really.

With ‘Blunt Object’ it’s the obvious take of an sound experiment done by using a blunt object to create some kind of sound track. It isn’t my favorite track on the album, but it is alright. It made me feel as if I was listening to a kind poltergeist who jerked off with both hands in the pocket of a large vintage long coat and a microphone at the other side of the textile, capturing a blunt muffled jerk off effect.

The third track named ‘Boost’ is to me a bit like sitting in a cartoonish helicopter with the normally disturbing helicopter engine now presented in a most pleasant shape and form. The buzz in ‘Boost’ is a pulsating experience that is pleasant material for daydreaming wannabe helicopter pilots or wannabe helicopter passengers. It has this soothing effect of giving the feeling of flying above landscapes while the toyish propellor sweeps in circles and the view is amazing.

The sound experiment named ‘blur’ is one that is coming across more higher. It’s having a whooping vibrating pulse which in a weird way seems to be able to reach the pleasure centuries of the brain and knows how to unlock some endorphins. It is strange as at the same time that it is soothing it also reconnects with the strange memories of not so comfortable dentist tools.

‘Bite Hard’ is a nice exposure of the sound of clicks and ticks. It gives again this warm feeling that corresponds to the pleasant memory of a needle meeting a turning vinyl. Click, click, tick click.. It also made me think of alternative experimental techno even though it’s probably just the click recognition than any other linkage to this other electronic music form. In other words a track of fond memories triggered by a palette of warm clicks.

The track named ‘bolt’ comes across as an experiment of an industrial order. It’s a high tone that makes my dogs look at me in a strange matter. It is probably vibrating in their sensitive ears too loudly so I’m unfortunately not able to review this part as I can’t guarantee animal safety while listening to this.

The last sound experiment is much more pleasing; the dogs don’t seem to be disturbed hearing this one. It’s ‘Burial Service’ and sound kind of warm but also quite cold. It’s also of an industrial kind but more expressed in the lower and midrange part of the decibel sector. The sound as a buzz gives a buzz as it feels full of life and energy, which is perhaps a weird perception considering the title of the track. It solidly moves to a slightly thickness as if it puts a layer of sound over the earlier heard sound experiments and makes way for us listeners to wipe away our tears and leave the burial service (and this release) in a fresh and new state of mind.
Interested? than don’t hesitate to click the following link: https://kormdigitaal.bandcamp.com/album/blade
<KN>