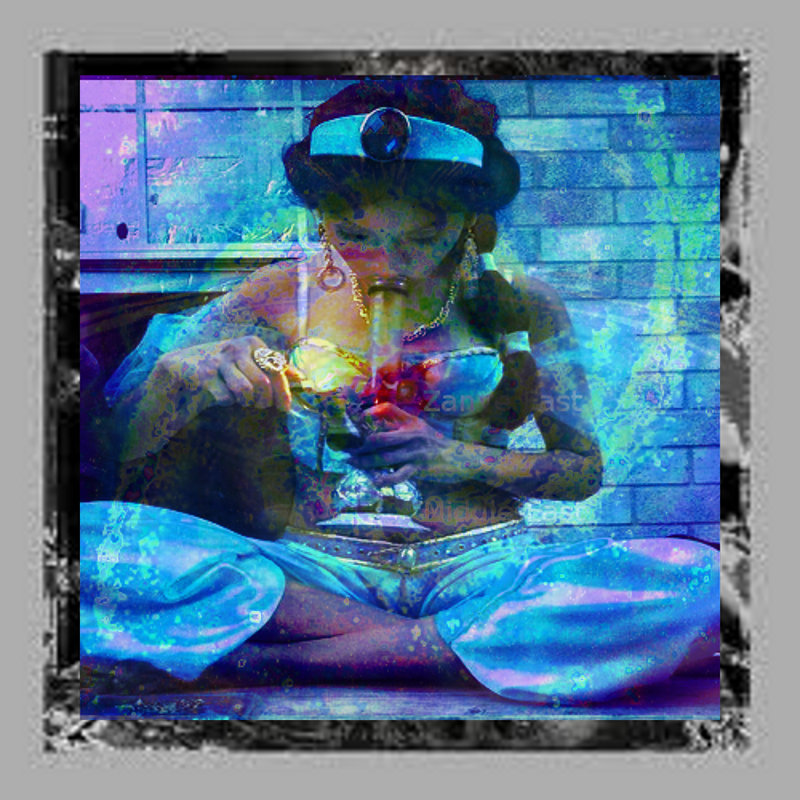 If music were a game, artists like Autechre would be like an in-depth mathematical strategy game, Tiesto would be like Candyland, fat, late-period Elvis like a gaudy old slot machine in a casino off the strip, Chubby Checkers would be like… I dunno. What would elicit more faint chuckling, if I were to just say “checkers” or go with something completely random and off-the-wall, like Othello. (Othello! Who comes up with this shit!?)

Anyway, continuing with this ridiculous introductory set-up, I think Zanye East and other aliases the artist goes by (plus many of the other people released through the escc9 label) would be like some kind of bizarre ARG in which you received creepy, cryptic messages in your voice mail, had to dig for information on obscure websites and ended with a flight on a private jet to a secluded island where somebody handed you a briefcase with a microchip hidden under $100 bills containing corrupted renders of photographs of what appeared to be alien genitalia being dissected.

That said, this is music that makes you feel kind of weird, on a metabolic level. You get the sense you’re being prepared for some kind of evolutionary transmodification. It’s like a biological, hi-tech futurist music, from lightyears away, no longer pre-conceived as with Luigi Russolo’s futurism, but tangibly living and reaching backwards and into our ears with tendrils dripping in Cthonic goo, applied as a vivisection directly to pop music, sparing nothing, conveying only extreme Alienism, emotions one could only imagine would derive from an aeon that had undergone 1000+ years of post-modernist cultural dreck.

The good news is, you can hear it now, instead of having to find a way to put your outmoded body into some type of stasis and hope for the best.

This particular album, Middle East, contains some noteworthy serious material. It begins with ‘Summer 26”. “Past, present, future…” a voice calls out, as a stomping belltone groove digs its heels into the mix. Strange, disharmonic noises are produced alongside vocal utterings. Later on, a nice synth string comes in, sounding like a beautiful diamond in the rough of mangled tones.

‘Thot’ follows, an out of control ramping oscillation like a sick merry-go-round. Squashed rhythms and percussion bounce around, damp with some kind of audio mildew. There’s a sort of Yoshi tribal percussion thing happening. It’s easy to lose all sense of present tense.

Jittery 808 grooves and trickles of wonky synths happen on ‘Brownsville Bigot’, and it gets pretty mentally intense.

Things get even more extremely avantgarde on ‘Qatar’, featuring layers of gritty, clipped percussive noise. It feels like rusty chainlink. Bits of liquid seem to shimmer beneath the surface, like an oxygen atmosphere buried under noxious clouds of sulfur and ammonia. Sometimes it feels like a game.

There’s a synth sequence and some nice leads on ‘Baths Of Babylon’, and some vocal samples from Blade Runner. I like the changeup that happens a little over midway through, too. It’s one of the more pure pieces of music on here, but not without it’s sparkling moments of strangeness in the vibes.

… ‘Wat’. Which gives us something to Angkor ourselves with. Bizarre slow-motion grooves and synth with dark feminine vocals kind of like an oil sheen over its surface. There are nice little compressed pops of synth bass. It’s definitely one of my faves here.

Then it’s ‘Lil Riteaid’, with echoing vocals, a vocoder-synth sound. It feels like everything is spinning in drunk mode. The 808 is kind of scuttling beneath here and there like roaches.

‘Celluloid Hypnotic’ is another one I really liked, sounding like a queasy, sea-sick android. A robot stuck in an endless loop of self-contemplation while its parts decay. There is a wall of bells that seem like a broken thought-bubble mood. The alienage is strong here. There’s not really a “feeling” in any traditional sense in this piece, and yet there is, and it’s pronounced. It’s maybe like, coming to in a dark small room and wondering if you shit yourself, but not feeling able to do anything that could answer the question, just running it over and over through your head while other abstract queries intervene.

More of a kind of structured abolition of structure appears on ‘Six Overground’. We’re flying out of body to tempered steel tones.

‘Dead Cities’ is a nice treat, taking what feels underneath like some kind of opulent cosmic ambient piece and laying heavy, sonically disturbed and isolative rhythms over the top that seem to be on the verge of breaking apart and disintegrating at any moment. Organic discord swells, intensifies, and maybe there’s an imminent collapse of space/time as something rips through. Like just about every piece on this album, it ends abruptly, and as the album closes with silence, you wonder what the hell you’ve just been through.

That said, go ahead and click that link to go feeling around in the soiled wreckage of pop looking for extraterrestrials… and while you’re in the future you might pick up an almanac, I’ve got a great idea for how we could make some money.

This entry was posted in Uncategorized and tagged abstract, pop. Bookmark the permalink.