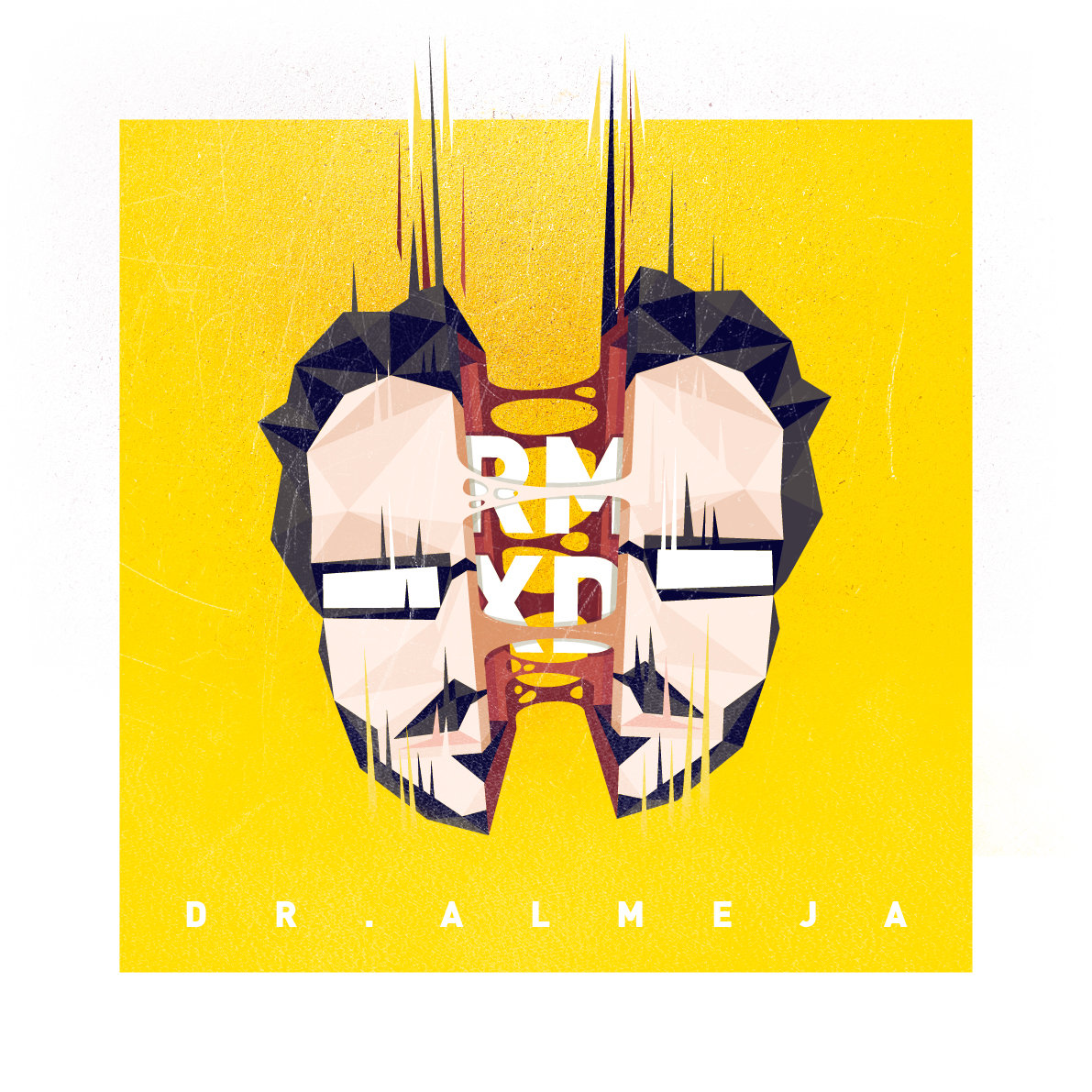 6 songs remixed by ‘Dr. Almeja’, compiled and launched for free. Built with pure joy and some traces of kinkiness, ‘RMXD’ it’s more reworking than remixing, focused on transform the tracks into… something else.

well… they asked me to review this.. so I’ll give it a shot..

As a clueless kind of reviewer it is always hard to hear a song sung in a language alien to my own. It is an obstacle which automatically reduces lyrics into some kind of dada-ist instrument, and makes the focus swift to more the music than the wordily meanings.

It’s like watching a Startrek episode when the Klingons talk among each other, you can’t understand a word and only listen to hear the entertaining background music. The first track ‘ Reikiavik – Rey Muerto [Dr. Almeja RMX]’ is one in which my language skills are simply useless to help out at this review. It sounds nice though, it makes me think of some kind of Viking lost on sea who sings a song in order to find a coast line.

The whole music is giving me a bit of a bizarre image; I envision robust male figures wearing Scottish kilts marching and drinking while this piece of music plays. A scene that probably doesn’t really make sense at all, but ‘hey!’ It’s a vision interesting enough to report on.

The label assures the listeners that this release is done with great joy, and indeed these kilt wearing fellows aren’t of the serious kind. Let’s raise our glasses and say cheers to them.

Cheers fellows of the imagination!

The next one ‘Tentacles – Vitality [Dr. Almeja Conquers The World RMX]’ is a lot more up, right from the start I feel like its mister scatman all over again. But there is no stuttering granddad over here, but more space for some fine upbeat freshness. Fresh baselines, flying beats and chopped up vocals for some happy go lucky running around session. It sounds certainly joyful, and that’s what counts!

The third track (Moongardening – Ghosts Talking at People Talking at Objects [Dr. Almeja Shiny RMX]) is enjoyable, it got this drumbeat that makes my toes go up and down. It’s awake and yet laid-back, has some nice synth stuff going on and there is a man and a woman singing in perfect fit with the drowsy atmosphere. I feel like standing in a green landscape while wearing a white bathrobe and learning the lyrics; just as a form of appreciation it would be so nice to sing along.

But enough of the hallelujah chill pill music, as ‘Flama – Dimensão Nuclear [Dr Almeja 20MgoC RMX]’ is here to put some spicy hot peppers in the ears! A nice parade of wicked rolling fodder beats for active dancing, a crazy sound as a baseline and a guy that sings some tropical tones in a break, before the break-beats kick in again to kick even the cockatoo’s ass! It’s happy, nice and choppy; good for working out in the gym while drinking gin!

Than we have ‘The Cow Goes Moo – Suckers Lullaby [Dr. Almeja Little Farm RMX]’ which starts with a thematic intro of atmospheric chit chat before throwing a drumkit in played by what sounds like ‘a drummer’. This event is being nicely charmed by more atmospheric prettiness that people call music. It sounds epic, but also a bit grotesque at times. The turnaround of mood at the end of this track, gave me the feeling that Count Dracula had arrived and brought his entourage of vampire teeth. It’s nice because I’ve never met the guy, but I didn’t feel prepared or warned for it. I guess surprises are good for a healthy digestion.

The last track is nice. It’s Síndrome Amok – Para Tomas [Dr. Almeja RMX] and visualizes to me something of a soft sweet delicatessen that has a relationship with something much more bombastic. It’s really cool stuff really, to me it’s the best track on this release.. It is like a lollipop in the hands of a over protected wild bearded biker, or perhaps a cute tiny dog in the hands of an militant with extreme protein-muscles. The fatness of in your face sound, together with outrageous good beat programming and use of excellent sound design makes me confused; is this the music of a glass piano owned by Elton John and do I complement it with a beautiful flower, or is it the music for a fine mosh pit, some ass-kicking and other bombastic violence on the side? A perfect blend of sweet and not sweet really! Totally made my hour!

Hope my ‘review’ was of any help and oh if you want to hear this release..
It is waiting for your ears at the following link:
https://dralmeja.bandcamp.com/album/rmxd
<KN>