Battle of the drones

When you see the unlucky message of The Dude actor releasing a ‘drone’ album all over your news feed, you know there is trouble in drone land. First you might get a little bit excited, the sentiment of Lebowsky releasing a record and it isn’t about bowling might give you butterflies.. But then the circus starts rolling.. You aren’t the only one being flooded with this news, everybody with an internet connection is.. And the keyword is ‘Drone’, a word finally in the news as a form of sound art instead of destruction and spy ware..

A enormous hype folds open through the social media streams, behind it are sharers and ‘like’ clickers consisting of dudes and dudettes licking their lips full of praises and propaganda. When the internet connection is clogged up with ‘The Dude + Drone’ you know the hype needs a plunger to unblock the lines, and make it streamable again without the bullshit.

Yep, a Drone release by the guy who played The Dude.. No, the actor didn’t invent Drone (and neither did Obama) and this release is (I presume) not the new coming return of the promised messiah..

..The legendary bowler The Jesus!

So what’s all the fuzz? Might it be drone? Is this a conspiracy feed brainwashing the people to love and accept drones, instead of hearing the word and get slightly paranoid that there is some kind of helicopter drone toy with a camera filming you while doing a big message on your own private toilet? A drone that will bomb the shit out of you, while you are already shitting? The Dude album is promoted as an album that ‘lulls you into sleep’ is this as in ‘go back to bed America, here is American Gladiators, you are free to do as we told you’?

But you know what? The real thing is here, here in the underground; birthplace of so much ambient drone that you can basically drown yourself and die in it. Creativity knows no borders, here you can hear music by real divine creatures that are totally dedicated to their sound; it’s their life.. Their hard work goes into this, and even though a credible movie star or celebrity might be a key for the obnoxious in order to hear and stumble upon the real ‘drone’ shit, it might as well be a nail in a devoted ‘droner’s coffin.

^ The Dude releasing a drone album, might be received as a nail being hammered into a droner’s coffin

Just think of a real drone artist as someone who puts his blood, sweat and tears into it. He or she works hard, and than works even harder to cook up drone music in order to make life worthwhile, to be embraced in sound, to share it with others.. Even if it’s just one cow and a garden gnome; every reached ear is a soul saved. To have Lebowski poop all over their sacred hard work with Dude fan boys and Dude fan girls all mass saying how much they instantly love drone, somehow must hurt the drone artist who has been working on his or her sound for years, and only gets a word of praise (if lucky!) from their family parrot (who basically repeats the lovingly words of the drone maker themselves).

^ the look of a life devoting Drone artist at work

I like The Big Lebowski and out of pure curiosity I have to admit that his ‘drone’ album is not bad, (it made me think of Tom Waits telling stories on top of sleepy audio fluff) but still ‘It sucks for the hard working unrecognized drone artist..’ Just see them all as marathon runners, going through muddy roads, climbing up bloody hills, fighting a terrible par-course in order to win the honorable title of ‘droner of the year’ only to discover The Dude standing at the finish line waiting for the whole bunch to arrive. The Dude took a shortcut! But don’t worry, you sure know his intentions are good as he lulls you into that promised and well deserved sleep..

So for the people that have read this whole piece without collapsing, sleeping or crying; here is in solidarity with the devoted underground drone makers (and the help of underground artists like Doomettes, and I.v. Martinez) a list of alternative drone releases to check out: Doomettes – Drone!
a brand new exploration in the genre that is ‘Drone’. Filled with surprising depth,
artistic musical explorations, pushing the boundaries and asking questions..
https://archive.org/details/ID010

T.R.I.v.M – L.S Drone
a heavy weight hypnotizing mesmerizing ambient drone session that could be a soundtrack for mysterious dreams (and perhaps nightmares)
http://blackcirclerecords.bandcamp.com/album/l-s-drone 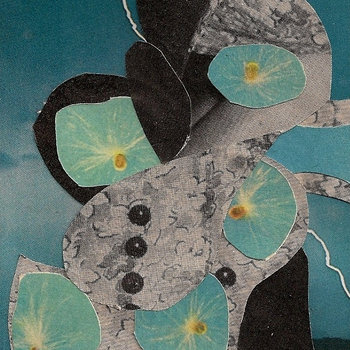 Pollux / Rainbow Valley – Coma / Oceans
This is a split among the stars, featuring two almost orchestral drones by Pollux,
and Rainbow Valley that stir up emotions in a specific way of their own.
https://pollux0.bandcamp.com/album/coma-oceans Wings Of An Angel – In This Morbid Dream, I Had A Direct Encounter With A Slow Motion Dissolution Into Nonexistence
Beautiful, mesmerizing and thrilling drone ambient mix that haunts,
comforts and scares at the same time.
https://wingsofanangel.bandcamp.com/album/in-this-morbid-dream-i-had-a-direct-encounter-with-a-slow-motion-dissolution-into-nonexistence Covolux – Sii Dam
A release featuring dark Drones made in a state of self pity,
slight depression and a mind that slowly goes numb.
https://archive.org/details/SPNet108 and last but certainly not least: Various Artists – Drones to… Make Dinner By
Inspired by those thematic 50’s and 60’s “mood music” albums,
this is a free compilation of Drone music to make dinner by..
https://archive.org/details/hpr070_DronesToMakeDinnerBy

Let them lull you into sleep ❤