29 tracks done by The Dead Heads, it’s a task for all who is brave to go through. It’s the music that makes me appreciate harsh noise more, it’s the stuff that makes me understand old school music reviewer ‘Vincent van Gogh’ more when he went through the emotional moment in which he decided to cut off his ear.

Luckily the Dead Heads aren’t the serious types, you can hear it in their songs, their lyrics and choice of music. They themselves aren’t in the music business to be the new ‘One Direction’ , ‘Take That’ or ‘Backstreet Boys’. These Dead Heads are clearly having lots of fun making, writing, playing and performing these songs and they probably have actually heard their own tracks a couple of times themselves too. Bless them as they should earn some award not only for their creation, but also for their sheer bravery in actually hearing their own tunes. Luckily the band members are having each other to hold on when exposing their ears to their own album; these brave souls really are respected from the depths of the mental institution that is music reviewers land. 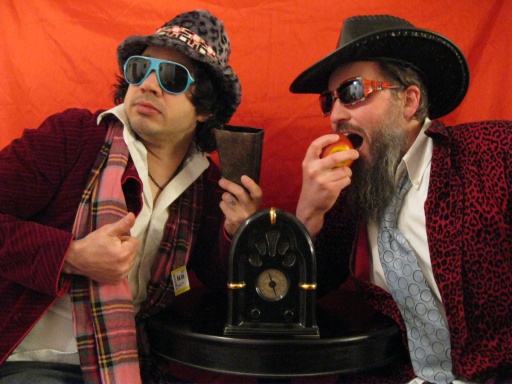 ^ the brave souls of Dead Heads

So yeah what is it that these Dead Heads do music wise? It’s like a weird comedy band with a love hate relationship towards their American roots? Or perhaps just take America and themselves indeed not too serious? The lyrics are indeed done with a wink, a bit crazy, a bit ‘weird’ but the most prominent thing that makes me think of that lost ear of Vincent Van Gogh is how it is all sung. The guys sing as if they are in the American army, with the structure of a commanding officer barking at them to perform this album under the pressure to be potentially hilarious. But unlike the tight army singing we all know from army drills performed in Hollywood movies, these ‘soldiers’ seems to be incapable of singing in tune. Call them tone-deaf, or perhaps call them singing ‘comedians’, but it’s a tough pair of ears that could actually sit through 29 tracks of this caliber. 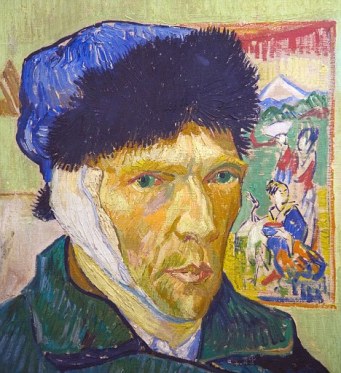 ^ Reviewer Vincent van Gogh was well known for his tough ears, but would it be tough enough for this abum by Dead Heads?

In fact and in all honesty; I couldn’t make it.. Basically admitting that I can’t actually know if indeed in every track all the way to the end the friendly fellows sing so blatantly bad or not.. It’s basically a guess, and a task for you dearest reader to find out if this is indeed the case, or that we are just running this horrible unprofessional music review blog..
Either way the album would be good sensible and humane torture material to be played, making some unwilling captive spill all his or her secrets in order to make these songs stop.

But to be fair, not every word is sung, some are spoken. This is indeed a good thing as that saves us from the tormented singing material, and makes good way for our ears to get a break and some fresh air. To add another point to the fairness of this so called ‘review’ , the actual music in not exactly on key too, this might be done on purpose to camouflage the singing skills (or lack off) or indeed because it’s ‘weird’ and perhaps even funny. How about that? This might not be the album for everyone, but if you are that ‘special’ person who has this special needed sense of compatibility with the humor of ‘Dead Heads’ than this might be totally your thing. So please listen at your own pace, voluntarily and at your own risk to this record, and if you like it; please do support this madness by purchasing a copy of this album:
http://deadheadsmusic.bandcamp.com/album/the-dead-heads-save-america