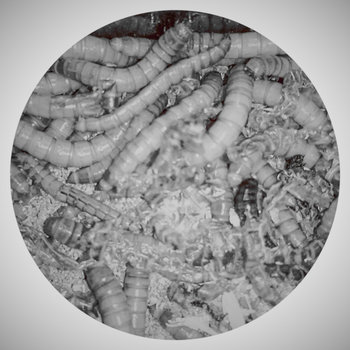 Honest reviews are a rare kind, but when you find them; they will be here and written in all honesty. Honesty is what we are all about, and when a request comes in for a honest review, it is basically just a task like every other.

Today we had such a request.. When going for the provided link my honest opinion first noticed the cover of the release.. This kind of picture is a popular one among underground releases, I can’t point fingers to all the artists that used a similar picture like this before, but there should be a couple in our database. However this might be the first time to see this image in black and white, which just might save the day for lethal honest opinion. So skipping the artwork, it’s down to the honest music.

The separated elements of the beat are coming across as a programmed rhythmic puzzle, it’s not too difficult, but gives the brain every time a little eureka moment. It can be perhaps compared to fingers from two different hands that fold nicely into each other. When things like this fall into place, the brain of a listener (no matter how smart/stupid, young or old) unleashes a few milligram of endorphins as a reward, making this track into something that could turn into an addiction. But it is not all about programmed rhythm over here, as there is the actual melodic content to be flapping about.

The track’s melody might come across as a bit dark, but it isn’t really dark-dark. Perhaps you can say it’s more of a dark comedy-dark, but there is not a lot to laugh about either. At first sight perhaps, when you will meet the voice that pronounces the catchy phrase of ‘When I get that feeling, I will purge’, it’s honestly a bit unexpected when you don’t expect it, but you’ll get accustomed to how it is pronounced very quickly. The best part to me of ‘purge’ is basically the beginning and how things are laid out. There is a part when the track seems to go a layer deeper which feels a bit like a trap, not the music ‘trap’ genre, but like a real life trap. Once you have reached that point, there is basically no other option to let those small amounts of endorphins take over and enjoy the ride.

Even though all the tracks are named ‘Purge’, they are in all honesty quite different from each other. The second ‘Purge’ is one that doesn’t go for that puzzle vibe rhythm wise, but does do a great job being memorable and setting an atmosphere that in my honest opinion would be greatly appreciated as a backdrop music theme for a psycho clown. Imagine Ronald McDonald like a Freddy Kruger walking around on his gigantic shoes in dark alleys in search for innocent victims, preying to make them choke on greasy food and die through a diet coke.  There is something comical about it, but it still has to be claimed as a dark-comedy-dark than a music piece suited for a honest slapstick. The main sound that stands out here is a little nifty played menacing guitar melody, which just makes the clownish smile of a clown such as Ronald, a little bit grim when playing it.

This psycho sounding atmospheric theme comes back in the third ‘Purge’. The music is again of a different order, and the dark-comedy-dark has left comedy a bit out of it here. In my honest opinion it sounds more serious, as if the artist wants to purge the ‘bad apples’ from society and expressed this passion in to music. I love this element of pitch bending that gets introduced here, and will reappear in the next ‘purge’. Honestly, it is exciting.

This next ‘Purge’ had to be heard a couple of times just to get it captured and registered. A electric guitar does a tinky winky, the pitch bending synth does it’s hokey pokey and then there is this distinctive digital clap beat that comes across as a little bit less inspiring in contrast with the other ‘purge’s. It isn’t the strongest one perhaps, the weakest link, the fluff that triggered a opinion that is just an opinion, but it is a honest one.

The last ‘Purge’ is one that is to me real proof of the artist succeeding in indeed purging enough to become a expresser of purity and honesty. It can’t be possibly more pure sounding than this, a free based piece of mind of on the spot piano improvisation,  done in a informal state of mind among friends. It’s the happy ending that we had hoped for and it had simply came in an unpretentious way that everyone should appreciate. For a release that mostly dribbled in dark-comedy-dark the ending is surprisingly light hearted.
Come on Barbie, let’s go party: