Asian Women on the Telephone – Awott 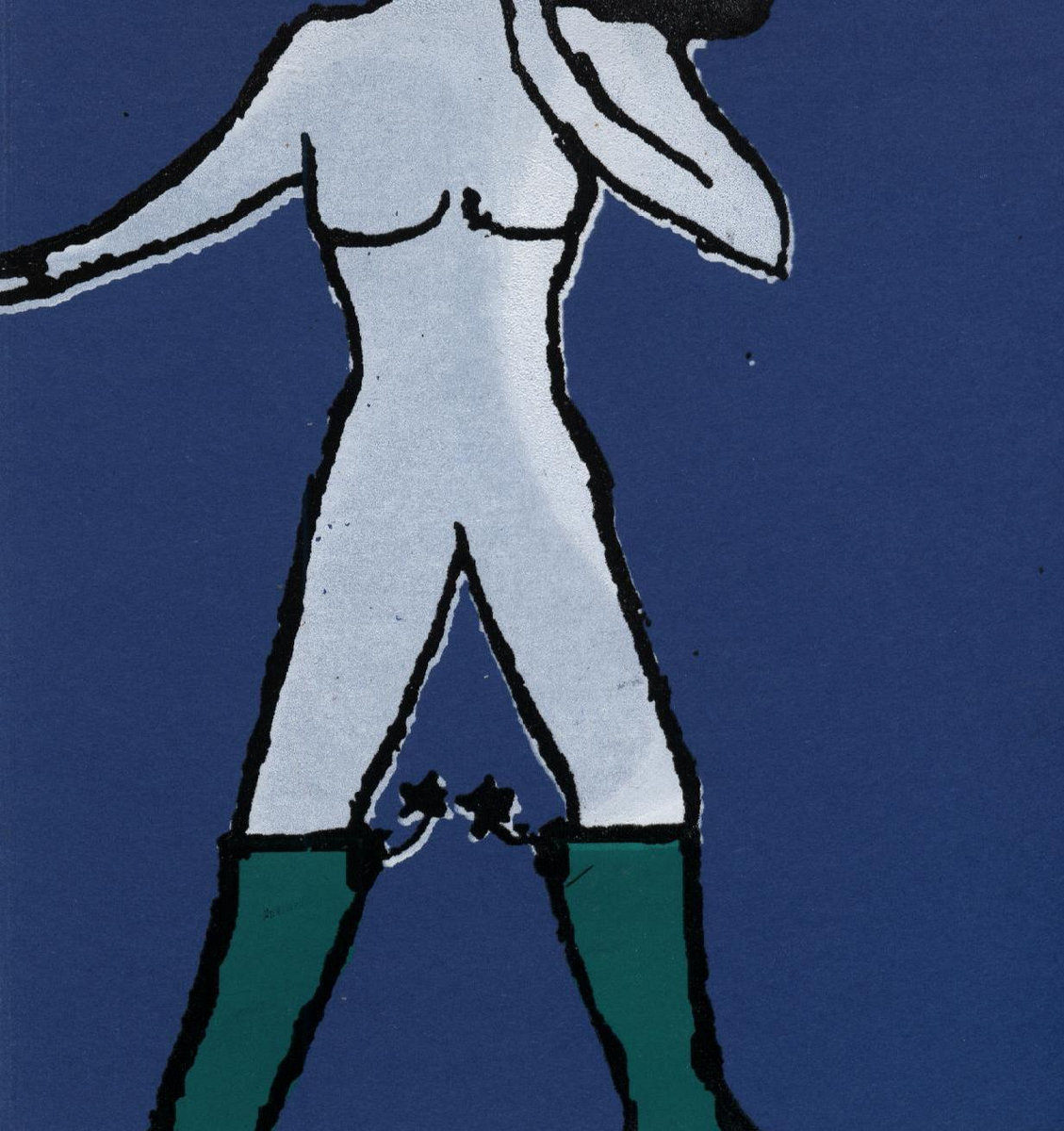 ‘Asian Women on the Telephone’ (aka amazing band from Russia!) comes across strong, powerful, witch-crafty, voodoo-ish, determent and constructive! If you know more words of this order, please note them down on a piece of paper and stick it onto the screen that you are reading this from. (Thank you). Before continuing I would like to clarify that this album review has been decorated with video clips of ‘Asian Woman on the telephone’. They have nothing to do with this album, but are basically too epic not to be shared!

Let’s go for ‘Awott’ the album; From the ‘Intro’ you can already feel it, the hot and steamy atmosphere of a sexual hunger performed in music. It’s how it steps upfront, moves forwards as if the music wears boots with pointy tips and every step closer leaves a cloudy steam of sexy pressure.

The sex really streams in the ears of the willing receiver when the ‘Asian Women on the Telephone’ performs ‘Cosmic Strip’. A shirtless groove appears from the grungy wilderness, like a predator on cowboy boots. The boots are crucial in this music, as other clothing items are already shredded to pieces like a raw un-televised version of the Hulk. You can smell the animistic tension building up, stinging the listener as if it’s a prey that is happy to be sacrificed by this form of music.

From here ‘Chrome Wheels’ is rolling in; this is a teasing spectacle, something that sounds as if there is a singing saw involved. It might not be a singing chainsaw, but does sound as if it could saw things off from listeners who want to go for an early exit. With ‘Asian Women on the Telephone’ there are no early exits, no toilet or cigarette breaks; you go for it, or either they will have a blast going for you. Of course I can’t be certain, but they sound like they are in for a menacing party in which they dance around while you watch nicely  seated in a cooking pan. It’s good fun and your own sweat finally gets a purpose; to spice up the soup!

In ‘Spaceman’ we seem to be treated on the same level again as a cosmic boot kicks our ears from the stairs and then all the way up into the great cosmos. Here we tumble when the music rumbles, growls, bites and satisfies. Once our bodies are beaten enough into weightlessness, the music speeds up and slows down and shoots up again! A nice methadone-drug friendly cosmos dance cracker is brought in to make everyone into wild gravity defying muscle-less marionette dolls.

The experience gives us ‘Come on Devil’ which feels as if it’s a gambling card game between ‘Asian Women on the Telephone’ and the Devil herself. They put one by one the cards on the table and the tensions are high. The Devil can be heard sweating behind its cards, totally afraid to lose its bag of collected souls as ‘Asian Women on the Telephone’ is obviously at the winning hand. The music is sexy and on the edge, cool as fuck and tough enough to order the Devil to strip down to its tail, as many clouds of cigarette smoke is blown out in its insecure face…

I’m Dumb’ comes in next, giving the attracted listeners a raw head banger with big beats, big tooth age infusing guitar crumbling, and a massive seizure of attractive repetition. It’s the end that bites your teeth in, peels your skin like a rotten tomato in order to receive the following piece of greatness. This ‘greatness’ is ‘Indian Lullaby’ which is like voodoo on a stick, poking in your ears the sounds of hot headed epic-ness. The ‘Asian Women on the Telephone’ pokes and pokes, juggles a voice that might include a Wiccan spell, and smothers it in your face with music that will get toes flapping. This must be without doubt; the best Indian Lullaby ever made!

^ Awott in actionin their natural habitat

A deeper layer of music and conversation comes in the form of ‘Little Colibriy’, an impressive all absorbing communication service of a very demonic sounding little colibriy that sucks all who attends into a deep hell hole, deeper and deeper, down below. Asian Woman on the Telephone’ laughs sarcastically while they fill the whole with shovels full of rawness, dirt, mud and a ‘Horror Symphony’. It’s a deep put, but for some reason the terrifying experience is one that comes across as a mutual agreement; ‘Asian Women on the Telephone’ enjoys shoving it upon its listeners, and the listeners will be happy to be shoveled upon.

When ‘Michalych Gas Tank’ is starts to thunder and rain hard outside; a great backdrop for this ‘take-no-prisoners’ approach that Asian Women on the Telephone’ takes on this epic episode. The music runs up and down the stairs, menacing and teasing while it plays its sickness of tease. There is an evil vibe to it and it’s totally exciting when it goes in sync with the light flashes of the thunder and lightning. The end part comes across as bad weather and a final run up and down the staircase.

The final track is ‘Dancing Africa’ which has a real African wilderness vibe to it. Asian Woman on the Telephone can be seen dancing in another voodoo show, and blows a fanatic whistle until a sacrificial new born squeals out a cry for blood. What an energetic wild boot-kicking raw voodoo-ish adventure this release is.. Schizoids and sensitive types will probably enjoy this release the most, but the sexy ‘others’ might be happy to experience this experience just the same. You really should embrace it at the following link, pretty sure it will unleash it’s sacred magic upon your private parts:
https://asianwomenonthetelephone.bandcamp.com/album/awott

This album is an intensive ride, and it comes across as if it’s best received when played live in a shimmery intimate intoxicated atmosphere. Luckily for a few lucky bastards under us, ‘Asian Women on the Telephone’ will be performing at the upcoming Gifgrond party.   Which will be happening in Tilburg (the Netherlands) on Saturday 23 of May…  (you might want to wear some boots). For More Awott you can check out their official website, blogspot , facebook , soundcloud , youtube , FMA , last fm, Bandcamp and even on Myspace.
<KN>