artist: (o)†hers
title: Wʜᵼ†ᴐҥ Fɪc†ɪоɴ
keywords: devotional, ambient, electronic, drag, drone, horror, witch house, Germany
label: Whi†e http://whiteceiling.bandcamp.com/
Ron D’Andrea’s (o)†hers is back with one of the strangest releases on the Whi†e label yet. It’s name is Wʜᵼ†ᴐҥ Fɪc†ɪоɴ  and even though it isn’t a readable book with letters and words; the title is quite fitting.
From the abstract constructional warning (o)†hers goes straight to the point with the purest sound of ‘Sacrifices’.
We can hear the vague muffles of demons dragged in by their claws for sacrificial purposes. It’s all happening in a blur and yet it sounds close in the ears as if you are there, but can’t see what is actually happening. In fact it is a bit as if we are there blindfolded listening to our buddies being cut because (o)†hers wants blood.
This image isn’t going away while ‘Violent Image’ does its thing. Knives can be heard, they are sharp and come across like they have fun cutting. For the moment we are still safely tucked away in our blindfold gear, but it isn’t clear for how long.

^a very fitting and suggestive picture, that also happens to be the artwork for another precious album

A moment of relaxation comes when we have arrived at track number 5, in which ‘Still Feel’ plays. It’s like the moment of a game and we can ‘save’ it, in case we die somewhere later on and we don’t want to start all the way from the beginning. Here the blindfolded-feeling shines a bit of white light through, with actual pretty music. It sounds white, as in white of a ghostly spirit’s bed sheets flying over a misty water lake. There is the singing, the emotional piano and the big beats to get relief from all the horror.

Of course after such a ‘beauty treatment’ (o)†hers decides to give its fans the rumbling rambles of a experimental wonky groove played out of creepy sounds like gigantic cooking pants, rusty bins, trashed drums and iron pipes. The demons are back beeping away on a authentic cash machine and adding sound to the void with violent sound outburst from their demonic throats. It’s like being in a groovy carousel in Hell.
This is probably the place where all members of fanfare bands will end up.. quit before you still can, fanfare-peeps: hell awaits if you don’t! 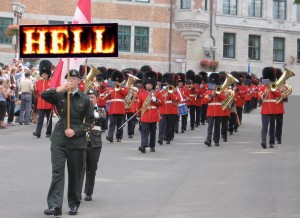 ‘You Always Knew’ sounds like a strange chapter in a Italian Godfather scene. It’s as if Al Pacino has been secretly poisoned by a concurring mobster boss and the good fellow is now tripping balls. A good moment to listen to ‘So Gone’, as those heavy dance beats used in this track might kick the Corleone family head back in to the bizarre reality.
Doors squeak, high bleeps of bending swords are bringing some flashbacks and the pounding headache can only be stopped by banging your head on the desk.

From here the album turns in a track named ‘Nothing Last’. A melodramatic music piece featuring a distant piano, a vague woman whispering in the ears, muffled mysterious sound and a eerie feeling.This feeling not really moves away when hearing ‘Worries’ that contains some thing that roams around. This thing (or perhaps it’s better to write ‘Creature’) doesn’t sound very friendly, but more as if it is hungry and your attention might be on its menu.

A moment to talk about it comes in the form of ‘Communicable’. A bombastic form of muffled rhythm, strange vaporized manufacturing of a dark order; the dark side of  ‘Whi†e’. A rumbling theme park of horror present itself in the background, while a beat slams up front. A time to chill out with some divine ghost is of course a warm welcomed moment while going for this strange chilling witch record. With ‘No Tomorrow’ this thought becomes a reality, having a slow low lying beat to get romantic with the humming spirit of your choice. It sounds beautiful, like a romantic marriage between a human soul and one of the ghostly order.

From here the next logical step is music for the intimate part of the wedding night. (o)†hers provides this with the track named ‘Inner Comfort’ making the listener feel like the third one in the bedroom, observing the human and a disambiguation getting romantically intimate with each other. With ‘Last Time Down’ this image only gets stronger, as if the ghost gives oral pleasure to the human as a special highlight of the evening.
I would say, get over here and here these phenomenon’s with your own ears and mind:
https://whiteceiling.bandcamp.com/album/w-f-c
p.s. if you decide to buy something from Whi†e label,
please do know that all your financial support is going to ‘Animal Rescue’ ❤ 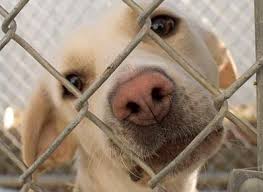