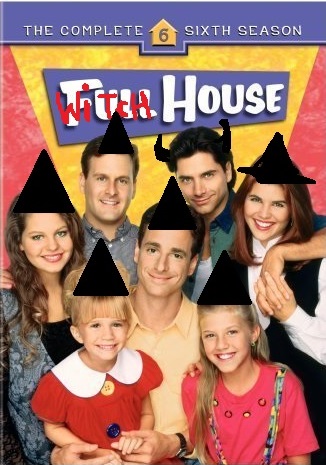 Witch House is a house full of witches.’ Think that series that you’ve never have seen ‘Full House’ with all cast members (even the Olsen twins) being witches; that’s Witch House.

Our secret anonymous Witch House insider/label owner/producer has a different opinion:
—
Witch House is actually a bunch of, behind computer screen bullies. 38 yr olds that never been on a date- but pretend to be 18-24 online and popular.
—

Whatever the case of what Witch House is, we can all agree that it might be a much more complicated thing then it appears to be at first glance. Actually it appears at first glance already quite complicated. Browsing around the suggested Witch House artists and you simply already feel intimidated by the excessive use of their ascii symbols in their names, track and album titles. It’s like digital graffiti, giving you a magical touch of headache when trying to decipher it. Is this the Witchcraft that they are practicing or is there more?

Our informant that has a deep knowledge of the scene has another interesting quote for us to quote.

—
you could ask each witch house artist who they think is the “leader”, best in the genre…….. but……… everyone of them would say themself. LOL
—

This is a good warning, as this means probably that the Witch House people are probably not the kind of crowd you can interview to have an unbiased view of what they are into, and their scene in general. Perhaps our informant is a leader too, simply undermining other Witch House leaders their leadership. It’s a battle of Witch House Witches, slapping broomsticks and throwing black cats in order to be ‘the number one’ burning at the fire stake of attention.

But before putting our faith away in our informant, it is good to know that he has given us an insight detail how to actually make Witch House. With this tip you might even have the power to join this cult in their harry potter style race of the egos.

That’s right people, take note, write it all down and as soon as you get Fruityfloops going; give it a spin and before you know it you’ll be waving your magic music wand in no time! What a joy to have an informant with so much insight, so much concrete information.. No virgin blood is necessary to (try) making Witch House in your secret producer’s grotto. 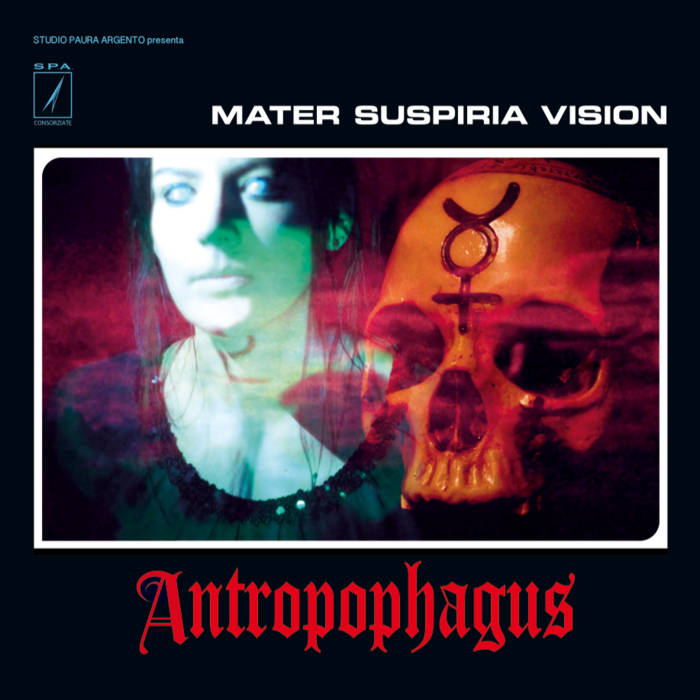 But as all lessons to be learned, nothing beats then learning by listening to the greatest. And in this case our discrete Witch House insider informant has chosen some Witch House must-hears! This first one on our list of no particular order is the one called ‘Antropophagus’ by ‘Mater Suspiria Vision’. At first sight it’s the popularity of this release that jumps into our eyes of wonder. This artist must be one of the popular Witch House artists out there, or it is simply a top album for anyone who enjoys Witch House. This makes me think about who are the actual people that listen to Witch House; who are they? How do they dress? What kind of music do they listen.. ah yes.. that’s right; Witch House!

For fun, let’s take a quick look at the supporters of this album. A certain ‘Tim’ who (as it appears on my screen) supports and listens to a lot of Witch House. You can recognize it at its distinctive artwork’ it has to look impressive, slightly dark and if possible ‘with some kind of inverted cross’ for special credibility. Black and white covers are dominating, but don’t come across as a must; Witch House might be a serious thing, but there is definitely some colors out there.  A certain Glenn listens to a lot of Nurse With Wound, and a supporter named ‘Vanessa’ supports a whole lot of gothic darkness. There are no surprises here, too bad, as it would have been really fun to find a supporter who listens to Witch House and is a huge fan of Polka music at the same time. Perhaps you can be that supporter?

Let’s get back to Water Suspiria Vision’s Antropophagus. The artwork certainly has a colorful grim look, clearly spotting the signs of Witches at work. The music fits the artwork like the feet of Cinderella in her shoe made out of glass. There is a female and male Witch House witch spreading out words I personally can’t understand (because of lack of language-skills), but it sounds mysterious, poetic, erotic and amorously dark. There are the synth sounds that our informant informed us about, but I must say; it does sound as if it is much more work, than the suggestive 80’s synth loop slowed down with lots of echo.

The music actually sounds quite new, as there is nothing recycled over here. A good thing, as Witch House is no hip-hop. There are nice artefacts of samples; for example the laughing child and the usual scream of panic are always a good one to freak people out. If you don’t freak out, you’ll probably familiar with the genre; a supporter surrounded in the Witch House world. The overall sound and feel are quite heavy on the bones, as if the album drags you by the neck on its slow rhythm and cold synth strings; and dump you in an unmarked grave (unless you support and buy it, and unlock the tracks that will save you from potential doom and black magic spells.) You can listen and get the album over here:
https://phantasmadisques.bandcamp.com/album/antropophagus

Another highly recommend album by our Witch House insider is this Ведьма done by Радость Моя. This album sounds positively sad and lonely, a feeling that probably tickles the sad and lonely people out there on the internet. Also this album seems to be a favorite among many Witch House fans, and surprisingly I could actually hear why… Радость Моя from Russia actually knows how to perform the sad and lonely feeling in a catchy twist, with memorable melodies that are of course a depressive drag to listen; but also have some kind of poppy-ness to it. The more you go into the album, the more you will find yourself submerged in a certain mix of pop-Witch-House with slight light of positivity shining through its darkness. It’s less vague and bewitching, less poetic than the previous discussed album, but has a more easily relatable thing going on. Or perhaps that’s just the witchcraft at work, putting a spell on my ears and making me type that I actually quite like this album, and now order myself to steal a creditcard and support this release, with someone else their hard earned cash. It is as happy and positive as looking at the gallows and dreaming about the afterlife!  The album is over at the following link
https://r4dost.bandcamp.com/album/–5 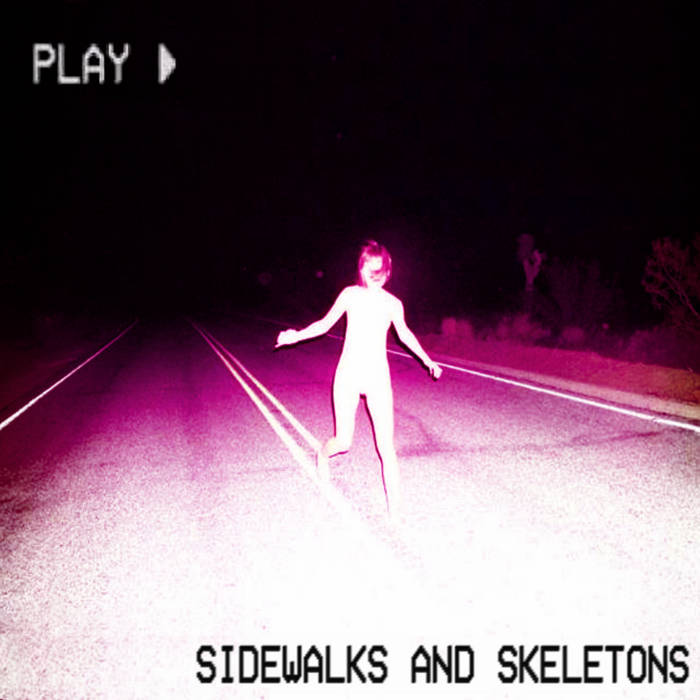 Higher up in the Witch House popularity chain is ‘Sidewalks and Skeletons’,
my ears are thinking ‘this is sounding commercial’ and my voice of consciousness says ‘shut the f*ck up, you are dealing with potential witches over here!’. The music on this album seems to be combining experimental producer skills to make something that captured that bewitching feeling but combines it with something with a more upbeat atmosphere. It is here that the catchiness of melodies and vague vocals are in a perfect harmony, practically making it an album that goes in the head and stays there to order you to play it more and more. A strong album with easy to listen tracks that wouldn’t surprise me (and you, intelligent reader) if some would pop up on MTV, and radio streams. Probably ‘Sidewalks and Skeletons’ is probably already big out there, the next Crystal Castles for the lost internet generation of dark thoughts. In fact there must be mysterious videoclips out there with this music. A good start to find them is probably the official youtube account of ‘Sidewalks and Skeletons’. The album can be obtained at the following link:
https://sidewalksandskeletons.bandcamp.com/album/white-light 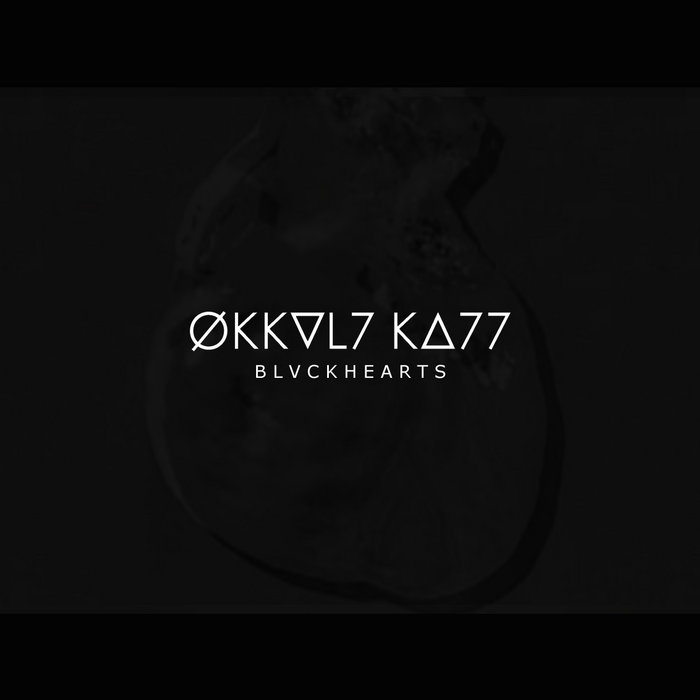 The last one on the list of recommended Witch House listening things provided by our Witch House insider is an album by OKKVLT KɅTT named BLVCK HEARTS. This album is probably more of an acquired taste, going for the excessive synth use, strange strangulated voice modifications and moods that flirt with the dark side in a strange way. Tapes can be heard sped up, samples fucked over, some trance synthesizer sounds, and a certain experimentalism that tweaks knobs to generate something of a cult album. There is a certain amount of happiness included in this package of doom, making me as an outsider Witch House listener a bit confused. Do I have to dance? Or shall I stroke my chin and look intellectually amused? There are electronic rattling beats, an orgasm of synths and those gothic female vocals that decorate the atmospheres rather bizarrely. It’s dance music with an extreme love for a rather distinctive rattling electronic ticker, but not sure how Harry Potter or his female counter parts will dance on it; perhaps if they wear Witch dresses they can easily twist and turn them around in sync with the sounds coming from this album. Personally I couldn’t discover anything occult over here, but probably that’s why it’s called ‘Okkvlt’ and not ‘occult’. Anyway, you are free to listen to it (especially recommended if you like that specific rattle tick beat) at the following link:
https://okkvltkatt.bandcamp.com/album/blvck-hearts

Is there a conclusion, a lesson to be learned from sticking our necks into a genre named Witch House? Not so much, other than that the genre is seemingly quite flexible. From vague poetic shimmer sessions, to poppy catchiness with a depressed happy twist and those rattling ticks; it’s a genre that has the potential to be the next dubstep, but as it keeps sailing its own course of darkness; it will probably stay in the shadows entertaining Witch House supporters, Witch House friends, Witch House insiders and adventurous Witch House outsiders. Nothing to be scared off, really..