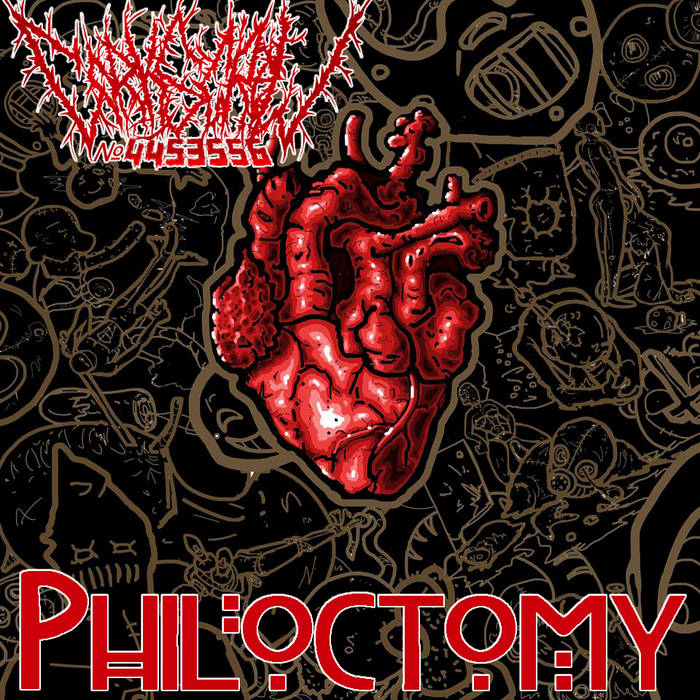 Everybody knows that Italy has a fine temperature, but still in this fine temperature there are actual people who stay cool no matter how sunny it is. One of the cool people named Tomasso Busato (an artist whose name I always spell wrong, except now..) has a good cool nose for other cool Italians that are resisting to heath up with sun shine. Hank the think Thank for example is such a cool producer, and he actually comes in once and a while to write an exclusive review her on YIKIS too; if that isn’t cool than what is?

The Corkscrew № 4453556 is a band Littlesmithscore (Avant-garde/Cybergrind/ Dadacore/ Nonsensecore ) & Nintendogore. All their songs are based on Hermeticism. Created by Zabuba Nevresky in 2009, after many amphetamine paranoias, creates and publishes his first demo “The Little Smiths can rape you!

In other words Corkscrew № 4453556 is a band probably too cool for school, and definitely too cool for me; as I simply have no idea what the little biography above is talking about. Lucky for us who don’t have a degree in Chrystal meth-math, and are slightly too hot to be cool; the music of ‘Corkscrew № 4453556’ is actually speaking louder than any piece of text (either printed or indeed viewable on a screen), forcibly proving that this band is high up there in the Italian shades of high grade coolness.

^ The Italian Face of Cool fire and vomit!

Their bombastic fantastic album is as innovating as it is neanderthalic, bombastic and all over the place with fire that is as cool as ice! Yes, our language might not compete to their own abracadabra biography in coolness; yet we do our best in kneeling on our knees in praises of this furious mix of audio drugs that go from experimental grindcore, to absurd alternative saliva inducing vomitcore!
There is a huge deal of adventure hearable in this album stocked with 30 tunes (some of them; tremendously long!).

Corkscrew № 4453556 and their Philoctomy  album will make you change your view of mind when thinking of the cool people from Italy. The ones you might know might be cool, but nothing compared to these screwing corks corps with their energetic and yet playful tongue in cheek cold bursts of fire and flames!

If you ever need a corkscrew to un pop a bottle of booze, than please check № 4453556,
as you’ll be rolling on the floor in your own cool vomit in no time,
deliriously delicious the Italian way:
https://corkscrewno4453556.bandcamp.com/album/philoctomy