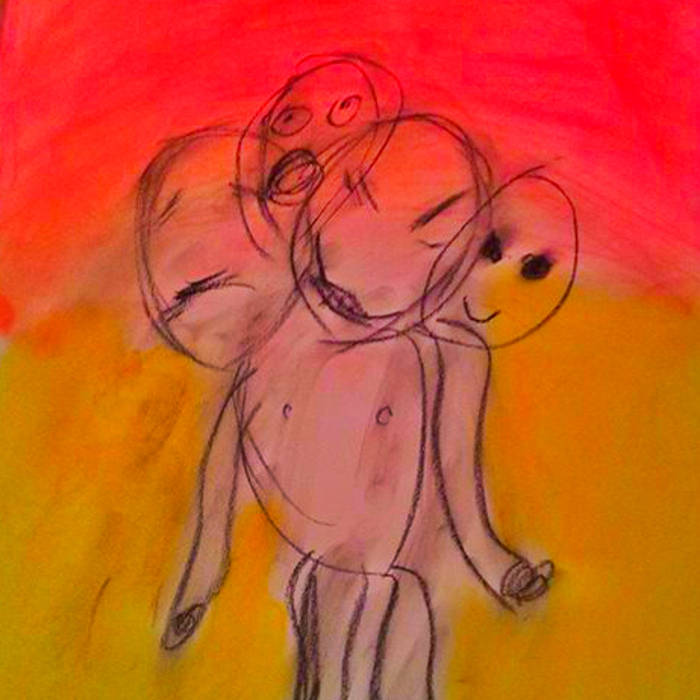 Everyone would like to make fun about music; a little hot poke here and some sarcasm there. It is easy to make remarks about Donald Duck singing qualities, and even though these things might be funny at times; sometimes an EP that hits you like a bullet deserves a little bit more respect and dignity. That’s why (perhaps you noticed it?) I decided to wear a pair of velvet gloves to type this review for you. It just gives the words that posh flair that some discussed pieces of music deserve when being discussed on a low life scum music blog like this.

So let this not be the moment to open the can of caviar just yet, but let’s read along with what the fingers inside the velvet gloves will type for you. Let me tell you that this EP is off with a good start, providing a perhaps easy to step in tune that properly changed my mind in order to instead of mock; praise this darling into the great black skies of underground stardom.

This is LOGICAL FLORA’s first ever release, and if my skills to look in the future are not deceiving; hopefully not the last! This is the work of a duo consisting of Filip (from the famous WeAreAllSlaves) and his friend Josh (from the legendary Funeralopolis). Josh is the one who is responsible for making this excellent trophy worthy music and Filip does the ‘singing’.

The reason why it deserves praises and a random hallelujah on top of being typed about while wearing velvet gloves, is that once it started to play I had the urge to joke, but successfully bounced back and than snuggled back up in the storm that came out of the speakers. My hair was waving nicely on the sound of the first tune, drying it and blowing it all back in order to reveal my ears more, so I could even hear more of it all.

It simply might be indeed ‘it’. They certainly sound like they have the ‘it’ factor. Don’t exactly ask me what ‘it’ is, as if everyone knew than there would probably too much of ‘it’.

So yes, hopelessly impressed by the track named ‘Flame Broiled Cowgirl’ I felt that this could only get better. Their sound of simplicity and yet destructive terror with noise, energy and Nintendo-ish blood on their hands sounded like the key to success. And their second track ‘I Have Recently Asked Sue But She Isn’t Feeling Fine Right Now’  and ‘Chinese Dragon Speaking’ simply proofs the point that my hands in velvet gloves are wanting to make; this is material that provides the doses of speed and anger that would do well at festivals all over the world; played on towers of gigantic sound systems, providing alternative sound storms for expected and unexpected crowds.

‘MUTHAFUCKAMUTHAFUCKAMUTHAFUCKA’ keeps this vibe high up without ever going for a bore or a repetition. This is quite remarkable as with many conceptual bands and duos or solo artists of this caliber tracks quickly get unrecognizable or a blur of the same thing over and over again. But not with LOGICAL FLORA, they bring this fresh amount of earth shaking togetherness and keep pumping in new blood of ideas that makes this new band one to watch and most of all; one to hear!
https://johnsnoiserecords.bandcamp.com/album/four-score-death-toll-ep