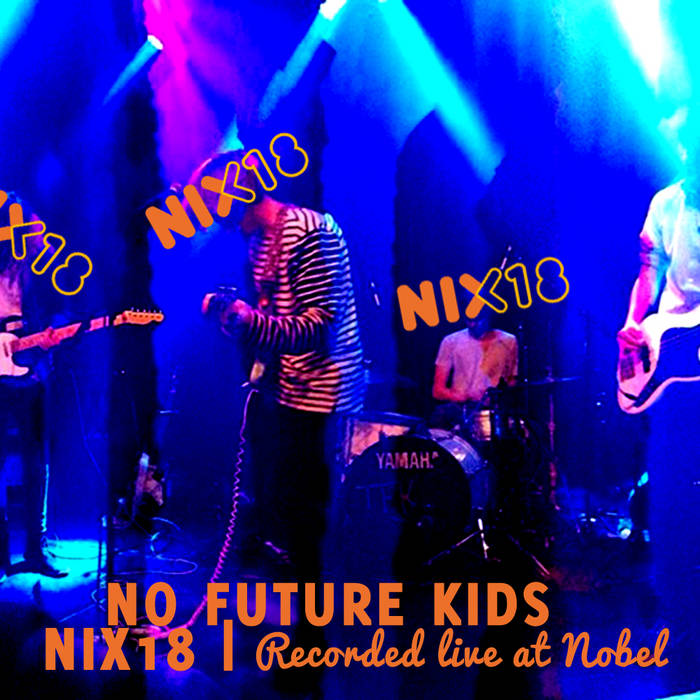 The Sex Pistols artwork printed on a credit card and now a tedious ‘nix18’ release by No Future Kids; if punk wasn’t already dead; it certainly is now. The No Future Kids even kill hard rock as they are simply way too descent, they actually seem to know more than one chord; which is against the rules of all pimple faced guitar smashing cat killers. But to be fair; their singing capabilities and bad Dutch accents are a + on the traditional anarchy scale; but even the + cannot save ‘punk rock’. No Future Kids simply lowers the coffin of this genre and life-style lower and lower in to the ground, shovels enough muffled sand on it just to make sure it never crawls up out of it again. Even The Stooges classic ‘I wanna be your dog’ gets a treatment that sounds as if No Future Kids mistakes the song for a public toilet, as they shit and piss all over it. It’s a horrible event this ‘nix18’, it’s missing the violence, the drugs, the booze, the sex, and is full of ironed shirts, mothers who pick the band up when they are finished their sets, vitamin D and a daily amount of carrot juice; it’s making me angry, without them sounding angry..
Never in my life I heard a band sing ‘Fuck the cops’ in a way that sounds like they actually mean ‘I want to get romantically involved with a couple of lovely policemen’. There is probably no future for No Future Kids, but thanks to the record label Smikkelbaard at least they will go down in history as a band responsible for the suicides of the last punks who were in search for a glimpse of hope… and found: Nix18! Whatever you do Iggy Pop, do not listen to No Future Kids!
https://smikkelbaard.bandcamp.com/album/nix18