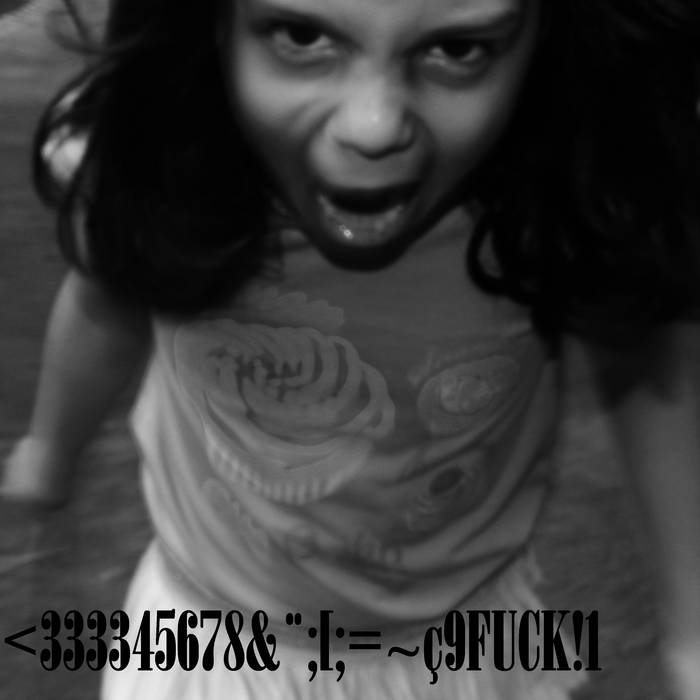 Meet the music of Luis Resquin, our possible non English writing reviewer that had the hilarious idea to bring you the best and the worst music culture from Brazil written in the Portuguese language. We at yeah I know it sucks are all very excited about this, and hope indeed that this cultural exchange will take off in a rapid matter… I thought to maybe review those Brazilian ‘suckers’ in the English language too, so to make it really a thing that brings English and Portuguese readers together in a state of friendship and cultural bonding.. But who knows it might just be Luis pissing off the English readers by providing reviews you need the hilarious translations of Google Translate for to decipher…

But for now.. It’s good to know a bit more about this Luis, and music tells probably more than a thousand words. But this is a blog, so we write a thousand words anyway..

Meeting the music on this specific album done by Luis (our potential future correspondent) is like listening to a concept album that covers the difficult to achieve concept of ‘bringing quality good music, but performed poorly’. A concept pretty much a challenging one for the music maker, but in this case Luis seems to know exactly how to do things, and then execute it poorly in a great loving way. It really takes great musicianship skills to do such a thing without sucking, and Luis’s concept album manages to stand like a house in this challenging compositional era of experimental challenges and dilemmas.

It all starts with the ‘intro’ that proofs instantly that Luis is a great skilled musician with a skill of playing guitar and playing a beat at the same time. You can hear how good Luis secretly is; you can hear his virtuoso knowledge and expertise throughout his conceptually poor execution; it rightly justifies him as a potentially great reviewer, who has an eye and an ear for unconventional playfulness and exposure. Perhaps I’m wrong, but it might even be that Luis is an actual music genius and cleverly camouflages this fact by his concept of ‘poor executions’.

If you search ‘poor executions’ in the dictionary it will say something among the lines of a lethal injection or electrocution by electric chair that had slightly gone wrong, or poor people being executed (I expect this to be something Mister D. Trump will come up with as a idea to generate new jobs for the new America). But in this case of Luis; it’s good music done in a poor executional way, which is a concept so rare, that it didn’t even make the cut to be in the dictionary.

With ‘toilet’ Luis brings also his voice along in order to deliver a song that is channeling a happening that we all can relate too. Toilet brings this really coziness to my ears, a thing that in fact is related to my own toilet visits; I love them, as it’s a place where you can relax and be with yourself and your new friends that are either liquid or of a more touchable content.. The music and sing slightly made me feel as if it was done by Beck, while taking a shit, but as we all know this is Luis performing great and poorly at the same time; you should remove this image of Beck shitting and give Luis the full credits as this song ain’t easy!

Another hit song with great lyrical content is ‘people will wear which colors?’. Music wise it gives me the great feeling as if it is done and recorded while working on the phone at a call center, the little sounds; the friendliness in the voice and the strong dialect… But it does sound like it’s making a statement of something you might love if you are into loving everyone no matter the color of the clothes that they wear.

What also seems to make a statement is the song named ‘Roi’, it is also reminding me that the Portuguese language is going to be gigantically difficult to decipher for people like me that don’t know a single word of Portuguese; but don’t worry we will be together in to this challenge when Luis joins the nonsense over here. Oh and the music here sounds a bit like a car klaxon.. Toot pep toot pep!

The best tune / song on this album to me is ‘hey hor I love you more and more’ . It’s making me flashing contracts with payments in golden turds in the hope Luis signs up as a lucrative writer. This song (and the music) is absolutely thrilling and fun, covering the mind of someone who loves a whore because of being a whore. It’s really adorable, strangely odd but really fun too! I love the voice and how the story changes to give the unexpected twist; it might be that the concept of poorly executed music is a bit lacking over here but who cares? I think it’s great!

Luis puts another spoon of great lyrics and music inside this album with ‘I see stars’ which has this unconventional humor induced sarcasm shining through that makes me all smiles and happy. The music has a nice turn into unexpectedness and damn it’s here that my ears fall in love more with the music of Luis because it shines like a successful condom.

Then there is one track in which Luis proofs to be next to intelligent and smart, also to be equipped with an important skill that we like in a reviewer over here; absolute madness! Luis goes berserk but of course it’s all part of the plan, the concept and the musicology! Luis is the best, and to give extra fulfillment Luis goes for a lengthy Lo-fi melodic alien homage to steer this ‘meet Luis’ album that is not only conceptually well played, it was actually also a lot of fun!
Hear and meet the future reviewer his music over here:
https://masmorra.bandcamp.com/album/333345678-9fuck-1
<KN>