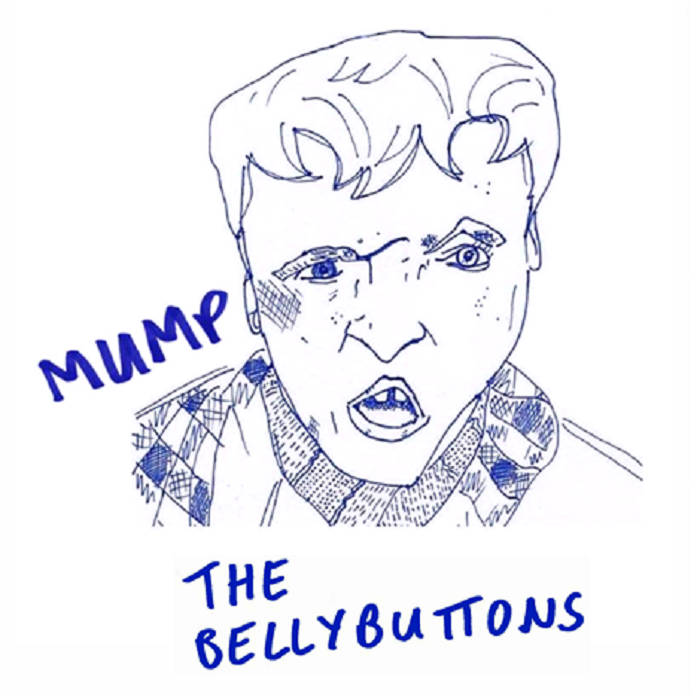 Today I’ve washed my headphones. Seriously, I’ve put them in the washing machine with my clothes and they tumbled around while they drowned away in the water for almost an hour. This was the exact time that I had been searching the house, the garden, the bed, under the mattress… Everywhere except of course in the washing machine. When I start to hang up the laundry I was reunited and now washed and cleaned with powdery soap it was strangely working but sounding completely different. It was a little bit more sharper in sound, a little bit more fuzzy and the bass sound was a bit sounding like a blob.. The only thing that suited this sound probably best was tuning into this Mump EP from the Bellybuttons. Why is that you might think? Well it’s out on a label with Fuzz in its name and probably short enough to be heard before the headphones would pass on to their new life as a bin bag filling.

So according to my superbly clean but incredibly fuzzed up headphones the music by the Bellybuttons was sounding very good, excellent even! It didn’t distort, and I’m not sure if it was the headphones being fucked up or the original recording; but the Lo-fi feeling that I got from it was pleasant warm and indeed fuzzy.

The first track ‘I Guess’ was really laid-back, basically a nice fuzzy guitar ( I don’t know if it’s the sound of the super clear headphones or the original music..) that carries a voice of a male persona that sounded even more laid-back than the fuzzy guitar work. I have no idea how the artist looks like, but I imagined this big guy with a guitar and a dog on his lap, a cat sleeping on his hat and a parrot on his shoulder siting on the floor on someone’s door entrance with a guitar and a beer… It’s probably nothing like it in real, but you have to admit its a nice fun loving image that was drawn in my head based on the fuzzy sound of this song.

Than there is ‘Something About Nothing’ and here I can’t believe it’s the same persona singing. If it is, he might have shaved himself; still sounding fuzzy, laid-back but also a bit like clean and shaven. I cannot describe it in any other way. The music is much more up, more active but without being in your face; delivering a wall of sound that through my f*cked (but very clean) headphones came out a little bit distorted, which is nice as … Well I personally like fuzzy distortion.. So yeah.

The last song goes for a melodic way, perhaps even pop rocky. It’s really nice to my ears, even through my broken headphones; which probably says a lot. The music goes from very relaxed moments with whisky tongue-tightness with prettiness that gets than sucked up into a upbeat moment with nice background ‘woohoo’s’ and music that lifts up. It’s very hippy sounding, but I’ll probably not mentioned it here as some people hate to be thrown in a category like ‘hippy music’..  The music becomes more and more distorted at the end and I’ve no way to tell if it’s because the music actually goes into the red, or indeed my headphones are finally ready to be thrown away. Good stuff!
https://fuzzkillrecords.bandcamp.com/album/mump
<KN>