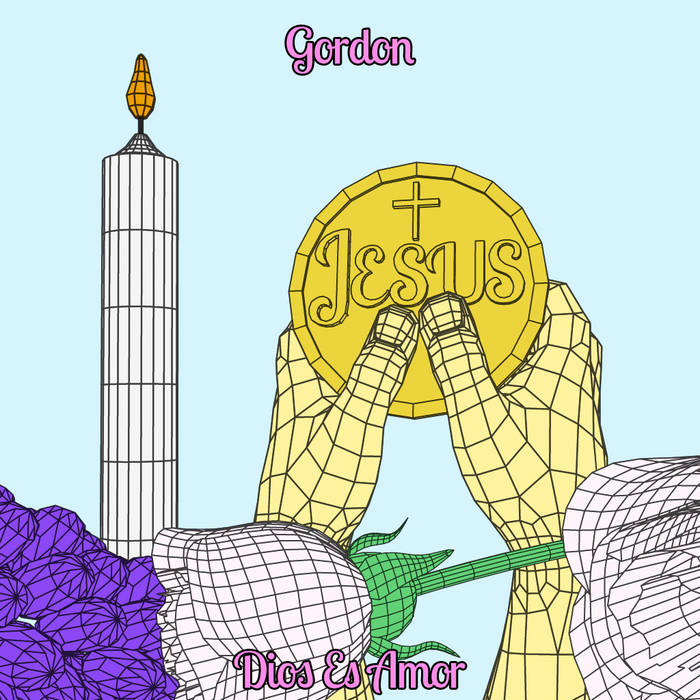 Gordon, a gorgeous name splashed around by celebrities with a similar name.
Gordon Blue, Gordon, Gordon Hardon, Gordon Ramsey and Flash Gordon to name a few.

Now we have another Gordon, but this time the Gordon in question has a music release out that should make all the other Gordons move out of the way. If you are perhaps another Gordon reading this; please move aside and let this ‘Gordon’ be the shining middle point of attention.

Now that we have established some space in the busy world of the Gordons,
I would like to tell you a tiny bit about the music of this specific Gordon.
The music of this Gordon is electronic. That means that it obviously sounds electronic;
electronic melodies, electronic beats, electronic things. There is also a voice that pops up a few times; it isn’t electronic, but still somehow it also actually is.

It’s difficult for me to tell you a whole lot of other things about this release by Gordon,
not that it isn’t spectacular, or good enough to flap out some words for; it’s just that I can’t come up with words to flap those words. It is a strange happening when that happens; a moment that you are lost for words, but when it happens you better shut up and just listen to the music instead.

It’s best some times to let the music be your leading shepherd, and in this case just let all that Gordon made for you, come over you…
You probably won’t be disappointed, just think about it; which Gordon did ever disappoint you?

Okay… forget about those Gordons.. There must be a Gordon that was cool, right?
Flesh Gordon was cool, eh? Well Okay… tastes differ, but Gordons differ too!
So don’t judge Gordon for its name… Just play this short release brought to you by the Mexican Σшρτγ records, as Gordon knows how to fill up the emptiness that the lack of words leaves behind.
I’ve got nothing more to say… So here is Gordon’s Dios Es Amor:
https://emptymty.bandcamp.com/album/dios-es-amor