Posted on September 5, 2015 by kainobuko 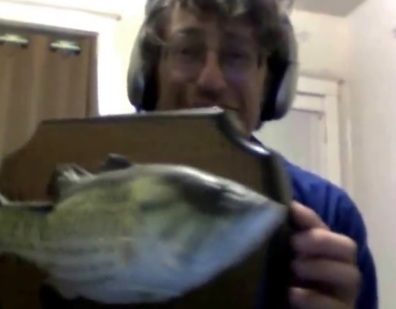 I’m living in a cave without television, but thanks to secret tips full of praises by a personal number one ‘Sid Yiddish‘ (Thanks Sid!) the music of Walt Winston had too reached my ears and eyes, leaving me all impressed by this number one star of catchy entertainment.
Inspired by the music of his musical heroes ‘The Beatles’, Walt Winston writes hit song after hit song. The many number one hit songs attached to his name are proof of him doing something right, delivering catchy hook after catchy hook, and sometimes a bass will bite it.

He had appeared on America Got Talent with his hit ‘Truck drivers aren’t suppose to cry‘ and was an absolute favorite of the audience, and a little too talented for the judges who eliminated him obviously out of jealousy for his talent to entertain the masses.
Luckily his new found fans will be a guarantee for him to only generate more future online number one hits, and who knows.. rumors go online that Walt Winston is working on a number one album!

In any case; if you have some time on your hands you really should read his official biography, that is of course if you hadn’t heard or know all about Walt Winston already.

For cavemen like myself without television featuring ‘MTV ‘and ‘X-factor shows’ but with an internet connection there is hope; Walt Winston has lots of high tech video clips with his music up on Youtube! It’s a lot to explore in one go.. Too much number one hit goodness will make us all spoiled musically, so I believe it’s certainly best to enjoy a Walt Winston number one hit; one hit at a time. It’s like a good wine, you have to give it the attention that it deserves; stare at it, smell it, observe it, sip it and enjoy it to the maximum until complete number one hit satisfaction.

So for now I will just post the Walt Winston instant classic folk song ‘Move Your Bass’ ,
as it’s one of those hits that gives me musically and lyrical-wise goosebumps..
It’s an exposure of songwriter skills that are pretty much high up towards the legends in the songwriting fields. An incredible catchy song that will make you almost wish to be surrounded by bass, so you have an excellent excuse to sing this song in public on repeat.

The visual videoclip on itself is classy and good humored; featuring the kind collaboration of a singing bass (who he obviously caught with one of his catchy hooks) that makes Walt himself smiling of infectious pure joy. Walt even shows his dance moves, which (be aware!) might be too hot to handle for some!
So my fellow cavemen & cave-women; forget Meghan Trainor’s All About That Bass number one hit, as Walt Winston’s ‘Move Your Bass’ will hit the charts like a number one kingping!

for more Walt Winston you can befriend him on Facebook, or check his last.fm acount
or search for his albums and many number one hits on all the major online stores like itunes, amazone… etc!

This entry was posted in video and tagged folk, video. Bookmark the permalink.