That was a time that even the biggest Daft Punk hater from nowadays was charmed by the duo that likes to hide their faces. Did they already reveal their identities? 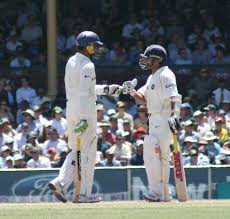 At around 50 seconds the track by Niekotine inserts a bit of borrowed inspiration from the  daft punk era that appeared at a later date (in which the pair suddenly became funky with a guitar) to the mix. It’s okay, especially when you realize that somehow, somewhere Niekotine had inserted ‘the clap’, that works perfectly to clap along. Around one minute and ten second the beat is getting a punchier drum, a sneaky high-hat also slips itself in for a fancy mood. 17 seconds later Niekotine throws in a retro synth melody that make me smile for some reason.

At one minute and 46 seconds all the previously build up layers take a quick smoke break, leaving the silly fat synth retro friend alone for a solo highlight, before teaming up with the crew again.  It is here within this reunion that the track seems to get more its own identity, bringing a high melodic tone that feels jolly; a bit as if Daft Punk was too drunk to stick their heads under a mask and just go freestyle for some fun. Take it away, Niekotine! Hear it with your own ears over here:
http://niekotine.bandcamp.com/track/het-langverwachte-liedje-waar-niemand-op-zit-te-wachten