^ excuse me.. These eyes are a small warning for a little ‘unexpected’ rant… so be aware, go ahead.. or click away.. but be warned! here it comes….

While the USA press is showing their president celebrating Halloween (as a peace prize winner), the news of the sign for an illegal invasion of the American army in Syria goes strangely unnoticed. America who vowed to have no boots on the ground was heavily supporting terrorist’s boots instead, and are now (after Russia supported the Syrian army by bombing those boots away) drastically changing tactics.

Their goal is probably to install a CIA puppet asset and (oh yeah!) pump out the oil. All their media propaganda of fighting terrorists with so called ‘freedom fighters’ or ‘moderate terrorists’ is sickening. There is no such thing as a moderate terrorist, just imagine them in a garden sipping a polite cup of tea while shooting a gun… crazy!
Even though the current leader isn’t perfect (far from that!) , I still believe it’s up to the Syrian people (and them only!) to choose/fight for their leader or successor, and not some foreign nation who would do it by force without the people’s consent or approval.

Just imagine if it was the other way around? Bombing the USA to rumble and chaos in order to put a paid-for puppet in the White House by force. But that will never happen as what would be there to confiscate other than large quantities of debt and over-sized hamburgers? All in all its no laughing matter, and too many innocent lives are lost over power, money and greediness. It ‘sucks’ big time…

Anyway I’m sorry for my rant over here, I know this isn’t the place for it, as you probably came here for crappy writings about music, probably some Halloween trick or treats and the usual occasional absurd nonsense; but I just couldn’t help myself: Sorry, I apologize.
But do not worry; to make it up to you for putting up with this, I’ll fill up the rest of this post with awesome music from Syrian musicians! Please enjoy this awesome plot twist 🙂

Luay Rifai is a Syrian-born, medical doctor, and instrumental rock guitar virtuoso. He has a very fitting name as a provider of awesome energetic guitar riffs within his music. The guitar skills shown by this artist are so wildly terrific that I wish it would stay out of enemy hands; this music is so powerful that when hearing these crunchy forms of melodic progressive rock awesomeness it’s hard to imagine anyone to fail their goals.
Luay Rufai plays with such an impressive speed and performance, you will simply feel on top of the world, fierce and lean like an unstoppable tiger!

Luay Rufai is so highly skilled that no challenge seems to go too far to be beaten. Just look and listen how he slays a Vivaldi classic in a tribulation so awesome; you just know Vivaldi would rise up from his grave to give it a standing ovation! I mean, check this out:

His album ‘timeless truths’ is highly recommended for anyone who needs this ruling energy between skilled melody, flow, rhythms, scales, amazing riffs and tight rawness. With this playing you won’t need to engage in heart raising energy drinks, but feel extremely alive just by hearing these tunes!
http://luay.bandcamp.com/album/timeless-truths 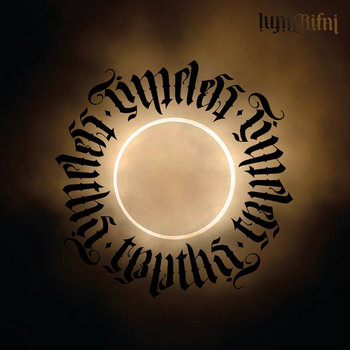 Luay Rifai is quite active on social media, but especially on the popular video sharing site Youtube, he fills it up with awesome epic riffs one after another, & even shows you how to do them! It’s one of these channels you should subscribe in order never to miss a bit of this musician’s powerful guitar skills & personality:
https://www.youtube.com/user/lrguitarman/videos
For more information, links and things to check out of this musician,
please check out his official website:
http://www.luay-rifai.com/
or facebook, soundcloud, twitter, bandcamp…

Wasaya is a project by Tarek Shehabi who is a multi-instrumentalist musician born and lives in Damascus, Syria; he rocks out on the guitar like no other, plays piano and keyboards too. His ears are trained on an exposure of classical and rock music from an early age.

His album ‘Garden Of Doubts’ is one that shows off his amazing musicianship that makes him an enabler of switching melodic moods in an instant. From sensible moments in which the melodies are smooth, dramatic and mysterious; to energetic and wild like a well-played roller coaster of pure talent and music! His brand new brand of hard rock metal with excellent buildups and progressions are one that will make many musicians drop their jaws for.

The amazing thing is that next to Tarek Shehabi’s musical skills, he has also a voice that perfectly blends in together with his full on a showcase of pleasant talent that will captivate and flabbergast at the same time. The tracks come across as story telling stories, bravely lighting up the audio waves, powerful music that will take your mind and breath away! 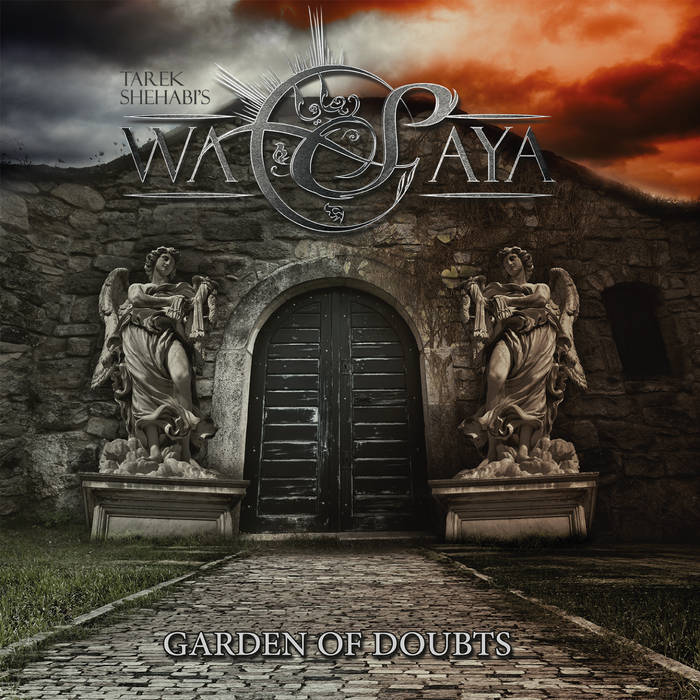 You really should check his ‘garden of doubts’ album out, it will totally transport your mind into powerful illusions, pretty dreams in an seemingly endless journey of pure and powerful music.
https://wasaya.bandcamp.com/album/garden-of-doubts

For more information and music you could take a look at
Tarek Shehabi’s music page on facebook:
https://www.facebook.com/TarekShehabiMusicPage/?ref=br_rs
or explore many video’s to hear and see over at his youtube channel:
https://www.youtube.com/user/Tarekshehabimusician/videos 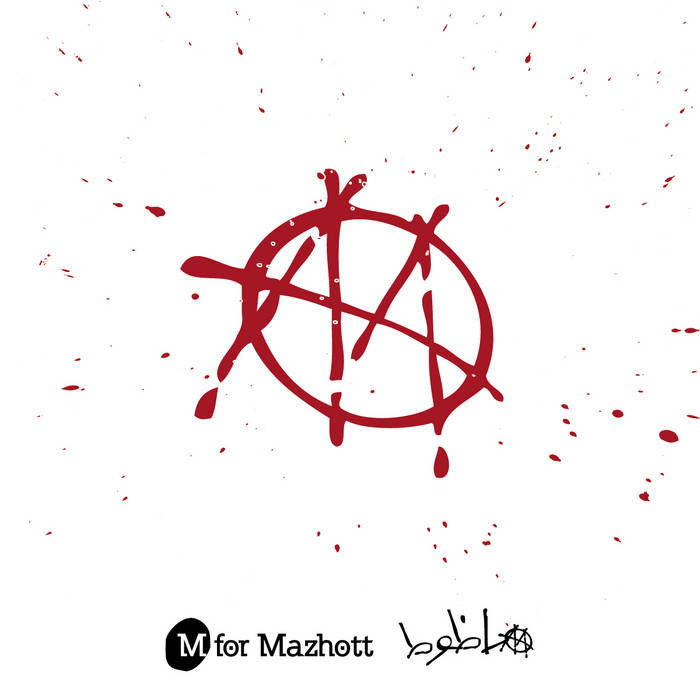 Mazhott is the hardcore Arabic punk music done by front man Rashwan Zaza. The punk tunes are fueled with power and roughness, but it’s compared to western punk also very musical! This is not someone who can only play three accords on a guitar, this is done by a superb musician who clearly enjoys the rough side of music! The tunes have an energetic and quite a fun feel over it. I’m unable to decipher the lyrics because of language barriers, but you can hear there is next to tongue in the cheek material also enough humor involved.
Their last Mazhott show in the city of Damascus (in 2010) can be seen in the following video:

What a power Mazhott has & still got, and how massively hot it effects its audiences! Another source for energetic music from Syria!
for more Mazhott please connect  on facebook:
https://www.facebook.com/mazhott/
or check it out on Bandcamp:
https://mazhott.bandcamp.com/

Electroacoustic music composer/producer Majed Salih’s project is Medievil-Music. It started way back in 2005 and takes on a complete different approach than the others featured above within this post. The music of Medievil-Music is also mostly energetic and full of melody & skill; but it is definitely leaning towards the electronica side of the music spectrum. Think pounding beats, technical house music that could easily be slipped into genres like Goa and speedy trance. Although, it has to be said that there are also more medieval compositions floating around:

But mostly Medievil-Music doesn’t sound medieval at all, but that’s perhaps the great charm of it all.
It sounds (to be fair) fairly futuristic, very dance-able with enough beats to keep on moving & enough quality synthesizer melodies and baselines to keep on going.  The music comes across very positive, an element that we all could definitely need in these drastic times.  In need for electronic nonstop party techno music? Then seek no further:
https://medievil-music.bandcamp.com/

Last but not least, we have to include the very popular Syrian wedding singer Omar Souleyman, who provides the energetic good love vibes wherever he is and goes. His antics and stage presence truly helped his popularity into the hearts from people all over the globe. His voice and timing along with the irresistibly well played melodic super music is simply a mixture you cannot miss out on. You hear the music of Omar Souleyman once, and then you are simply hooked forever!


Omar Souleyman’s songs, live performances and show appearances are well documented on the platform named Youtube, but with +-500 albums made to his name; there is a gigantic world of music out there to explore.