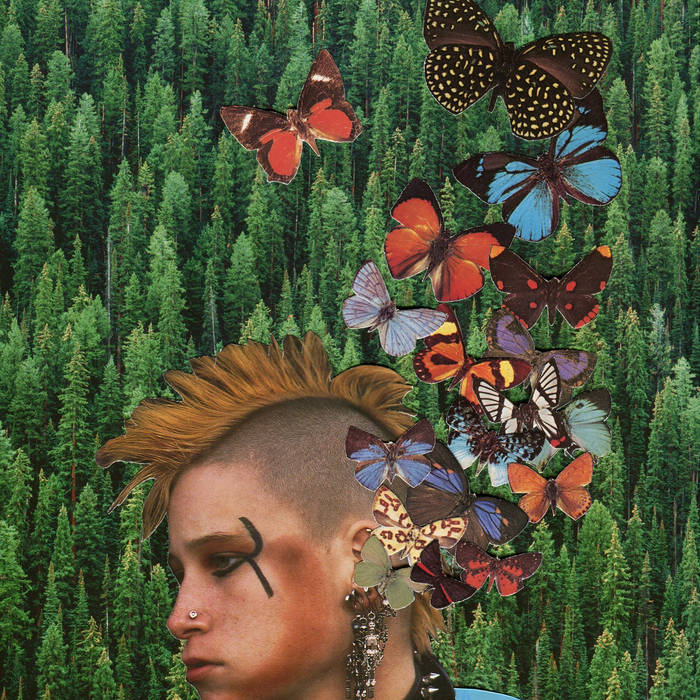 Chlorine’s Guitar 1 is a short album which features 5 tracks with a high sentimental value. Titles like ‘cats’ , ‘the smitten’, ‘mapped out’ , ‘rabbits foot’ & ‘tired eyes’ might give you a hint about the sound, but it will work better if you would just be so kind and plug your ears in to hear it for yourself. It’s indeed as the album title suggest ‘guitar music’, but in all honesty it could have been made by electronics.

I mean it strangely made me think of the ambient works of a very famous electronica producer who lately seems to use soundcloud as a public toilet. Every time when this toilet gets used, fanatic online hipster zines start to freak out and pen up propaganda;

new shit people, soundcloud user zvkckgjvc57767 just uploaded new shit! Come and scoop it all up before it’s too late! New shit people! Oh so much shit! A avalanche of previously unreleased shit! Scoop it up, people! Scoop it up!

Uh sorry… I just can’t get this image out of my head of humans suddenly turning into flies who all mass have to circle among someone’s online toilet. Everyone crowded on this busy place munching on a hype that even the toilet dumping artist would probably laugh about. It’s fun, of course it is.. But still there is so much other stuff out there that doesn’t seem to be pulled out of someone’s carefully conserved bunghole… Like this Guitar 1 album by Chlorine for example…

Every time when I try to write a serious review for Chlorine, it seems to go towards the toiletries. I believe last time it was hygiene, and now a rant about someone’s public flush of musical diarrhea. So sorry… Because really, this album deserves real class as it’s pretty nice in the ears and not at all close to smelly body extracts. Mysterious ambient pieces that are a bit vague, gloomy, melancholic and mysterious without getting spooky or turning into traditional sounding guitar constructions. It’s nice material to hear when in need for something that is there in the depth, and yet smothered enough to not fall over.

The tools to create this special sound are so called sunn mustang guitar in combination of an effect pedal, and of course a handy Chlorine who plays them both. The result is pretty much one to check out, and trust me there will be no queuing flies hovering around when you come over to dip your ears in these works; big chance you will have the listening opportunity all by yourself in full privacy and far removed from any over-hyped hypes. Tune in over here, of that’s what you want to do:
https://smikkelbaard.bandcamp.com/album/guitar-1