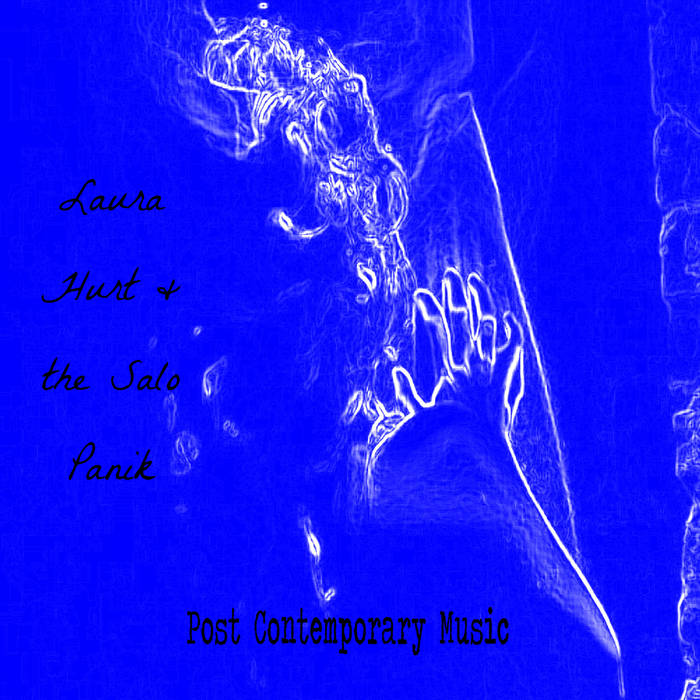 Recently we had received an intriguing email by Laura Hurt.
she introduced herself as a French visually handicapped artist. She calls herself ‘Hartist’ because of her disability. She informs us that she is assisted in her everyday life by her guide dog and is in her research work devoted to the artistic and social creation, theater, music, dance, performance, visual arts.

She informed us that she just released her sixth album named ‘Post Contemporary Music’ and gave even a description of what we could expect. Here it is:

“Unconventional musical experience, this is the result of work carried out during my 5 previous albums, “Post Contemporary Music” redefines the contours of a sound and artistic freedom. After giving birth to a post-modern theater, I continue my musical work with this sixth album, the basis of post-modern music. Some kind of Dirty French Touch, Weird Electro, Fringe Music.”

…Dirty French Touch, Weird Electro, Fringe Music is a great style description & it certainly fits the album. An album that is at times very approachable and modern, and at other times heavy experimental; it’s with its 17 tracks an great exposure to the post contemporary music by this interesting hartist. Laura Hurt might be an hartist, but her music doesn’t do under with any audio technician; if anything, her music sounds advanced and evolved compared to most electronic artists that we have featured here. In all aspects I was intrigued to say the least, so here is a track by track walk through of her surprising new album.

It begins with ‘Post Contemporary Music‘, it is what you could say one of ‘the hits’ on this massive album. It’s luckily and strategically placed as the first tune that you would hear when tuning in, and will probably get everyone excited in a maddening fashion. The pounding beat and the nasty techno melody is one that will be hard to forget or resist! Dance music for the alternative masses!

Then there is ‘So Fringe‘ a more electro sounding tune with excellent sick baselines, a steady pace and a poppy underground form. The vocals  are giving it the cool flair of a tune you could experience late at a alternative night club.

Then there is the techno trance quick quirkiness named ‘Tatawin‘. It’s fairly short, but long enough to get the air pumped up for a hot headed party. A party that only had just began as ‘Cut the sound’ easily takes over with great electronic melodies that have a computer game feel that is quite fun and funky, while the pounding basekick flips it into the cool side of rave.

‘Madie Solo‘ leaves the hardcore kicks out of sight and instead focused on looped electronic Melodies that nicely roll into each-other, forming a more exposure to the artist her experimental side to music. Something that (with base kick, mind you!) gets perhaps further explored on the excellent sounding ‘Asquane‘. It’s excellent in the choice of sound, forming a poppy format that has something very punk to it; it’s edgy, sharp and neatly executed. And just like a traditional punk tune; it’s of course as short as possible.

Then there is ‘rédemption‘ which sounds more electro-rocky at the start and then quickly turns into something very up and lovable. It’s so short, I would have loved it if the tunes were a bit longer; but I guess there is always a ‘repeat’ button to solve this selfish problem.

The ‘Aliens‘ track is nice, it’s as if the artist swiftly zaps through different channels of creative ideas, exposing and experimentation all kinds of different ways of bringing the theme of this tune into the listeners ears.

After experiment, it’s time to get ‘dirty’, and there is certainly no better way to do so then with the song named ‘Allez Sir‘. The beat is irresistible, the electronic base is loud and the repetitive synth sound that is used might be maddening in a perfect way! The voice is sounding determent in the French language, giving the track a real art house killer look & feel that would probably turn a stiff crowd into a manic dancing mass! This is madness, but a good one!

‘Artsdc‘ is very fat sounding, a nice collage of fat sounds; heavy baselines, lots of funny flair, plastic fantastic playground fatness. The playful beat and sound really got to me, and so I couldn’t resist head-banging my head into this jolliness. Very good stuff indeed!

The ‘Pornographie‘ work is heavily words orientated, unfortunately my French sucks so I’m hopeless in guessing what it is about other than the clue that is given in the title and the word ‘sex’. It does come across like a very lush expression. Then there is ‘Feel the beat‘ that is understandable for everyone who attends this tune! Heavy crunchy baseline, a happy steady beat and basically all that you need. It’s of course way too short with it being just 38 seconds in length; but in all fairness it’s long enough to ‘feel it’ & get excited!

Next up is ‘Noémie‘ which sounds to me a bit like a ‘Vengaboys’ hit gone rogue. It could be great material for any radio show in summer time; this might become a brand new hit! It got everything to become an instant cash cow, and it would be great if this tune would put ‘Laura Hurt’ on the commercial map, so to sneakily sneak in the other tracks that are of a more challenging kind. For example the ‘Witchouse‘ tune… It’s freaking fantastic with a perfect combination of a fine slow-mo hardcore approach, excellent electric cool sound of the finest nastiness. Her intriguing voice pounds itself in like a well done form of black magic.

‘En Résumé‘ is coming across as a look back at some part of the album with a crazy experimental post rock punk style you won’t hear every day! Originality is key here! But don’t worry if things get a little bit too strange for you as there is ‘Wolfgang’ that will introduce the hard style to your ears with a high digital punk flavor that irresistible pounds, knocks and delivers a devilish sounding industrial piece full rhythmic distortion and nice nastiness.

The last work is ‘Back Nice‘ which gives one more last look at the experimental side of Laura Hurt & the Salo Panik. Melodies are glitched, looped & transformed. Then the track becomes even more epic with heavy guitar rock and an unexpected ending; This track strangely sounds like it could have gone on forever; which in all honesty; I wouldn’t have minded at all. It’s a work that gives an epic euphoric feeling,
making it the perfect goodbye of this album. The excellent mixture of adventurous electronic music awaits you at the following link:
https://salopanik.bandcamp.com/album/post-contemporary-music
<KN>