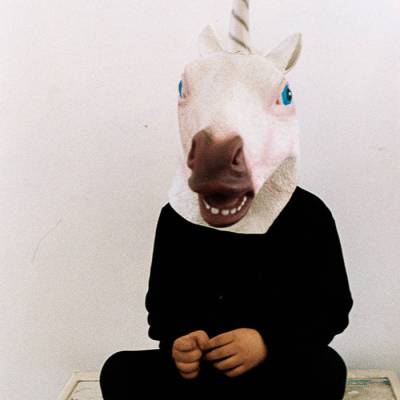 If you want to be impressed with the coolest and I sanest originality in music around, then it’s good to introduce yourself to the music done by Lorenzo Gomez Oviedo. His latest album on Weakie Discs records is one that will thrill the ears by gluing it to the sound source, so not to miss out on a bit! The release is a real showcase in which a whole bunch of awesome and perfectly random sounding recordings await you, in which sensible music intertwine with the edge of the insane and the mentally genius.

Everything and anything can happen when you listen to this album, and all will sound like unexpected surprises that I really shouldn’t give you too much information about as it’s best to engage in it without any spoilers. But wow! It’s a very impressive album in which musicianship and great sound editing really set miniatures scenes that are brilliant and very diverse, leaving me with the feeling of a young kid that keeps on opening birthday presents that it had no idea off that they would exist; so exciting! Really anything can happen music-wise within this album, creating a thrill for the ears that long to adventure and experimental music innovations. 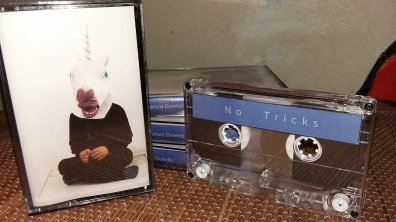 The artist proofs not only to be a multi-instrumentalist but also that his brain is wired with so much creative ideas and the knowledge to turn them into music-realities. The great thing of this release is that even though the great variations of music (each recording is totally different!) the whole flow and feel of the album sits together like an exciting match made half way in the natters house and the stairway to heaven; it’s utterly brilliance in its mix and match of sane insanity & overall enforcement of intriguing excitement. One moment you hear the sounds of the pit and freaking out in total coolness, another you are tripping balls with a jazzy spice and yet another you feel like someone is giving you a lethal massage with electric after effects.

It’s a nice roller-coaster in which the talent of the artist simply presents itself with extraordinaire results that will entertain & astound your ears from the beginning to the end. I wish it was a few years longer, as with so much originality and wild exposure of human creativity the time will fly by quicker than speedy Gonzales; blows my mind! So without giving you any spoiling details I can just confirm you that drums, bass, trombone, electric piano, analog synthesizers & field recordings will pass the revue, but they will be working in a way you probably never heard before! If you want good and interesting music that will be miles away from planet boredom, then this is most definitely it:
https://weakiediscs.bandcamp.com/album/no-tricks