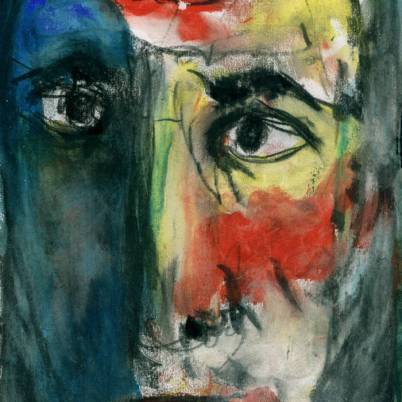 Neil Campbell’s Blues for Sadneck is like listening to the moment when a funky cashier prints out your gigantic long supermarket bill. Perhaps it’s even multiple cashiers printing bills at the same time: forming some kind of cashier printing folk orchestra! But these bills are not just of a single beer, a pack of cigarettes and a lighter, these bills are very long, almost endless, tremendous, and so the printing bleeps of the printing in progress is turning itself into some kind of long lasting bizarre but pleasantly vibrating form of mechanic folk music. It has something melodic to its noisy origins, making me think (when sipping on a beer and lighting one cigarette) of Scottish bagpipe playing robots in mini skirts and woolen socks.

Somehow i also imagine sheep shavers, shaving these woolen hairs off the sheep until they are pretty much a thin ugly bold naked animal.. It will help to not overheat the sheep, and indeed the wool harvested can be used for those bagpipe playing sheep wool sock wearers as they would be okay for sock production.

But then again you could also think of these printing bill machines mimicking electric guitar solos. I guess the music on Blues for Sadneck could be almost be whatever you want it to be, as long as it’s in your face, ears, folksy, mechanic and pretty loud.(depending on your own interactive volume level!)

The second part of this release is the one that the artist lets the bluesy feeling comes through. This is a noisy happening generated by probably a guitar in fuzz form. It might be coming from something different, but let’s presume it is not. It is more settled down, relaxed as if it’s played in a noise corner of New Orleans, spreading the blue vibes through empty hallways, alleys and bouncing off slumbering graffiti plagued walls. There is something sentimental about it, yet it’s burning also many holes in the sentiment; making it tougher, probably played by the thick skin of a true performer. There is obvious beauty to be found, melodic memories that makes me think of the beauty of authentic cigars: they might pave your lungs the color of a highway, but they are such pretty gifts to smoke on. Check it out over here:
http://structureddisasters.bandcamp.com/album/blues-for-sadneck
<KN>