Logosamphia might be better known for his side project as Paul McCartney, still his main act is definitely one that should steal the show. We understand that when people book Paul they want to hear the McCartney songs, but the more in the future we travel; the more we can see the change in popularity.

It frequently happens now that Paul goes on stage and receives a lot of drunken yells as the audience expected (and hoped) that the main act Logosamphia would come on instead.

It’s understandable; bookers have a hard time affording Logosamphia to play on their party or festival, just the raider list of this artist is already a huge challenge for every booker to go through. Legend goes that Logosamphia wants a dressing room Completely painted in bright pink, a bucket with soap and water (not too cold and not too hot) with a floating yellow rubber duckie on top, a ice cream man inside a freezer, a crate full of teddy bear masks and a bottle of the finest intoxicating liquids the place has to offer…

Paul McCartney‘s list is much shorter; he just wants a backstage room without Yoko Ono, a pair of old ladies teeth and a flannel tanga slip.

But still, bookers… It’s worth the hassle as everyone ready heard McCartney‘s songs, they have seen his watered washed up looks a trillion times; people now want the big thing; Logosamphia. We know that his gig fee is higher than deejay Triesto, but consider that Logosamphia actually plays live his life away for his fans (he is the kind of artist and act who give it all!) and you just know it’s worth to pay up for.

Logosamphia – he is worth it –

Besides putting ‘Logosamphia‘ in big letters on a poster or a flyer and you just know your party will be sold out, packed and a satisfying success with praising reviews on television and newspapers! While if you book the side project ‘P. McCartney‘ you might expect a fly, mosquito, a lost horse, a donkey, and a drunk old person to turn up… (And that is if you are lucky)

Not that Logosamphia‘s side project isn’t great, it is of course pretty fantastic, the songs, the singing… It just has passed a bit its expiry date, people now simply want to see and hear the big fish, the top acts, the modern future of Persian electro rock punk funk beep skunk spunk fun! Beats is what people want, melodies, craziness, insane madness, sophisticated music to go mental with…

The time of a folksy side-act dude with sunken eyes is simply over. Besides it was about time that a side project becomes a side project again, as for a long time Paul McCartney had become bigger then Logosamphia which is quite frankly a ridiculous happening that had happened.

So bookers get your hands out of your pockets, contact and book this legend now before his fame becomes untouchable! And all music living fans, whatever you do try to find a gig of Logosamphia in your neighborhood or area as then you have something to tell your grandchildren when you are an bloated old fart. 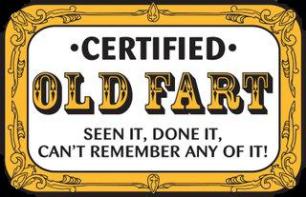 Next Gifgrond party in Tilburg, Netherlands is the party that Logosamphia will do a extra bonus set in honor of his alter ego; this will be one of these concerts that will go down in history with so much alcohol that history might have trouble remembering that it happened the day after. So be sure not to miss out if possible (it’s worth the travel!) as with enough people available there might be good use of the collective memory to memorize it all. (So you can all tell the survival stories..)

Next to Logosamphia there will also be another top notch high grossing artist and entertainer ‘Hassan K‘ and kick ass ‘Retrigger‘ plus world chart topping deejays, drinks and fumes!

In the meantime feel free to get yourself hyped up by studying Logosamphia‘s latest album; a number one on the billboard obscure top charts not too be missed! (click the pic to hear the epic materials) –>: