Treehouse – Centre Of Their World

Music that made me want to wear a very long coat, stick my hands in both side pockets and move the whole thing from left to right and back. That’s to me how to ‘dance’ to the track ‘Centre Of Their World’ by Treehouse. It has this pressure of not being bothered, something that tastes like a doomed lost generation that is post no-future. 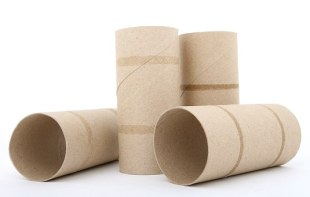 It’s emo punk music made by people that obviously know more then two chords, and instead of telling everyone to go and somehow have sex with themselves; they are showing an down spiral emotion in their guitar based material that somehow seems to express the feeling of ‘feeling miserable’ while living in a miserable world. The voice and the music have this strange sadness over it, with intentions to hit some pretty notes; it still feels like something that lays heavy on a listener’s shoulder.

Another word pops up when listening to the expressive ‘Stop The Ocean’ which has something that makes me feel like Treehouse is feeling appalling against something. Are they sick of something? And they blame the ocean, or is it just a expression perhaps? I have a problem understanding the lyrics as being a stupid foreigner somehow the Australian accent is turning the English into abracadabra to my ears. But it actually also is a benefit as the Aussie sound is pretty punk in how it comes across. Maybe all Australians sing like this, who knows? I like the mellow melody on ‘Hammer On The Door’ and they probably like it themselves too. Even though the music sounds quite up and sunny melody wise, it still has this vibe of feeling utterly dreadful… Can’t put my head on it; it’s as Treehouse live in a world in which it rains every day and going outside is a huge hassle. 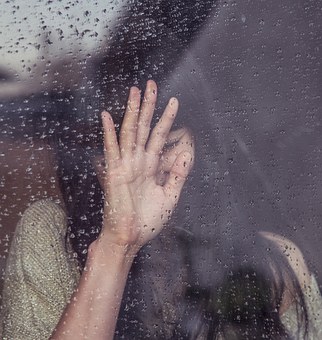 The same vibe I feel for the song ‘Between Two Shoulders’. It’s weird as the singer seems to have the power to express, yet here the music seems to grab him by the throat to drag him down every time he gets too expressive. It’s like everything is doomed and all there is is doom and gloom. If that was not the intention of this band then holy shit! It seems to go even more down this road of expressive disaster of sadness. With ‘She’s A Mystic’ the singer seems to sing as if he is crying, drained and on the edge and the music is as if it digs a hole for the whole band’s future funeral. There is something so dreadful in their sound that even me as a reviewer would almost feel obliged to say something about the world being f*cked up and shed a tear. But not before putting on black mascara as the tear and black make up would generate a perfect visual dramatic aspect to it all.

Yeah I don’t know what the problem is that makes Treehouse sound so heavy and sad, but I must say that if that was their intention to give this vibe away; it surely seems to work. I’ve burned all my bright colored clothes now and just wear black to fit the teary eyed face for the further continuation of this review in style. The last track ‘Tidal Wash’ isn’t any brighter so with all this heaviness it’s a blessing that Treehouse expressed themselves musically and placed it on a very limited tape. 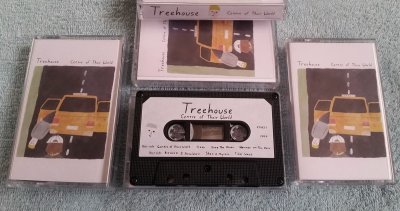 look at that beauty! It isn’t all doom and gloom!

I mean that must have been a relief to get this out of their system; I hope they feel a bit happier now. Cheer up Treehouse! It’s going to be alright! Besides you made a record! Released on the famous Vacant Valley label; no need to be so teary and saddened, it’s a reason to celebrate!
https://vacantvalley.bandcamp.com/album/centre-of-their-world