Sometimes local small labels can achieve big things! The record label named ‘Other Electricities’ did such a thing by releasing an album made by the legendary legend among legends ‘Dino Felipe’ who not only brings himself to the mix, but also a whole collection of great sounding friends! They don’t seem to be imaginative, but real and they will bring mostly their voices to proof it!

It’s no joke what people say that when hearing ‘a careers worth of music’ that the music maker always seem to grow and grow. The album in question is one that shows this growth of Dino’s music and experimental knowledge, as it clearly captures the best possible sounds & songs available in this time of the century.
This album with all its collaborative energy, seems to fully reach a state of adult hood without going for that suit and tie feel. It’s more grown up in the sense that it seems to respect you as a listener; it will shake your hand politely before dragging you into a chemical romance of nature’s finest sound hallucinations. 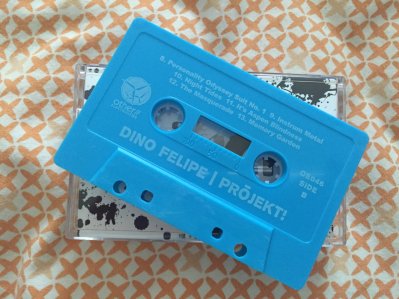 No?! this cant be?! a blue tape! A Dino Felipe Tape! This must be a fine audio hallucination!

This is the album that covers this music and sound growth like an Alice in wonderland who gulped down the content of a ‘drink me’ bottle is PROJEKT!. It is a master piece made out of master pieces. Each and one of them hide as tracks on this album, but in reality they are portals to surrealistic realities. Some might prevail in popularity by posing as pop structured beauties with lovely golden voices that sing like fairy-tale ladies subtly landed from the golden stars. Others are more like strange quality frogs that lend their vocal ability to this magical work of mysteries. Each and every collaborator on this Dino Felipe galore brings some kind of honor to the mix, a stability made out of miraculous purities in characters. 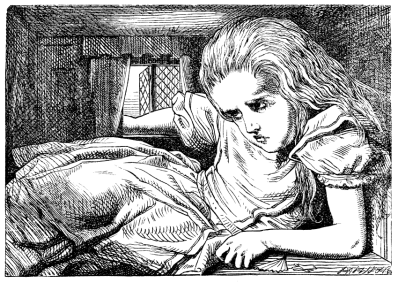 It sounds grown up in the sense that it feels as if Dino Felipe honors his ‘guests’ with great respect by shaping little fascinating worlds for each one of them.
But when letting go of the collaborator parts, it is clear that the ceremonial master of sound and music (that’s Dino Felipe!) had setups an album that not only rolled out the red psychedelic carpet for the singing friends, but also for all us lovely listeners out there. 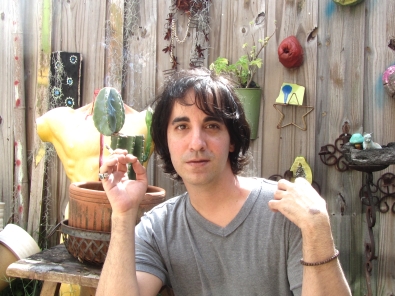 ceremonial master Dino Felipe, rolled out the psychedelic audio carpet for you to trip on..

With great ear for detail Dino clearly found inspiration in world music that seems to be of a trip-kind. You can clearly smell the incense, the candle wax, the intimate atmosphere of temples of wisdom and sun worship. One moment it’s as if a fakir on a flying carpet had dipped both nipples in a pot of LSD, and another is as if we are eating biscuits with Goldilocks and three bears.

There is a whole world to be found in these tracks, so much layers, so many materials and organisms giving orgasms in sound forms. This is one that can be heard so many times and yet you will always pick up something you had not noticed before; ah a little cute caterpillar, a ballet dancing glitchy microchip, a group of hare Krishna followers all dressed up for a revelation, oh my gosh a soothing pink cloud oh so fluffy and full, oh look a bunch of insects you’d had no clue they existed, or check out those natural nature things not yet written about by biologists; this is the album that feels like it will serve those who love to explore… And with so much growth, the exploring simply can be an endless magical activity!
https://other-electricities.bandcamp.com/album/pr-jekt
<KN>