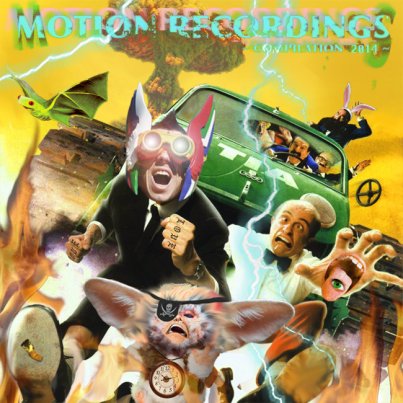 2014 was a good year & I remember listening to this Motion Recordings Compilation in that very same year. I remember even attempting to write about it as I was stunned by these strange talented characters on this compilation, especially Pancake the chihuahua had me licking the back of my pencil… A chihuahua? Oh yes! A chihuahua!

Then the album brought me the extremely green loving sound of the Bucha Boys which basically inspired me so much that i got so instantly high & unfortunately forgot all about the existence of this album… Until today! (So yes, that was indeed a lengthy height, still not sure if it will overrule the powerful THC shots that these Bucha Boys had been rapping about.

So today, after two years I can finally tell you about this talented chihuahua named Pancake. I’ve never seen it but you can hear it is the most adorable cutest little thing ever. With a rasp & a cowbell some tropical Mexican vibes hobble along with Pancake the cheeky chihuahua as the golden middle point of attention. This (at the time) colorful puppy Pancake nicely rules the scene, invites you to do the Cha-cha, or just welcomes you to hear & enjoy this cute naughty little song. Pancake the chihuahua let us know that the habit of eating poop will never harm it, as Pancake’s spit is full of antibiotics, meaning that Pancake never gets sick from eating shit. Next to poop this adorable cute little doggy really loves it’s Sundried Slugs & hearing this; you would probably want to try some yourself. 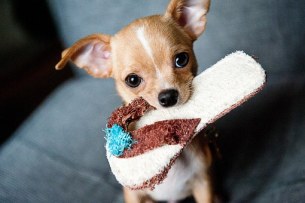 Th’ Mole delivers an anthem for lovers of wearing the anti-fashionable art of wearing Flip Flops & Socks. Th’ Mole cuts down the haters by even wearing them to bed (that will teach them!). Th’ Mole digs deep on the roots of his grooves and hassles the beats for the very best! The words he spits (probably without antibiotics) are sharp like a pink razor blade! Nobody tells him what to wear; this man could wear a garbage bin with holes for the arms and legs if that was the thing he would like to go out in. It’s about attitude and no fashion guru will be as cool as the person that has its feet surrounded by socks and flip-flops & quite possibly a boxer short on top of his hat! Try topping that! 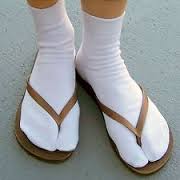 Then there is ‘Why, Of All Places?’ By Odes To Wizelle that hopefully is about a pet leaving two bottle full of urine and a nice pool of diarrhea all over the bed. This terrible happening that perhaps a lot of people might recognize is brought with slick beats and special sounding ‘why’s’ dressed in drastic effects to truly reflect the disaster.

Jonah Brown’s L’Argent Du Derierre (Butt Money) is like a fest for all that loves the droppings of the word poop and everything else that is shit and asshole related. See it as a nice shit storm in which Jonah Brown reveals he doesn’t have a normal behind like the most of us, but he has one with two anuses. It’s unconventional, but the song does come across that it is practical to Jonah Brown. It’s as if he is terrible happy to have hit the crap-pot jackpot although still so full of dooh dooh that it seems that he must be close friends with a portable toilet. It’s strangely also a romantic sounding song for French lovers who enjoy the inner and outer workings of a delicious behind. Pretty craptastic! 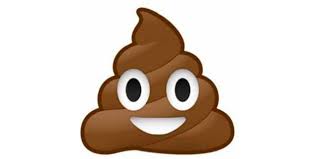 Dogmaster’s Every Day I Play With Dogs is the anthem for the ultimate bunch of dog people who prefers dogs above humans as their friends. The Dogmaster here dedicated this tune nicely to all the sad dogs out there that don’t have anyone to go out and play; Dogmaster sends you his love! Dogmaster will sing along with lots of happy barking dogs about his relationship with his dog, but also explores the friendships of other people their dogs. It’s all about petting on their heads, cuddling, kindhearted playful playing with dogs every day! Woof! 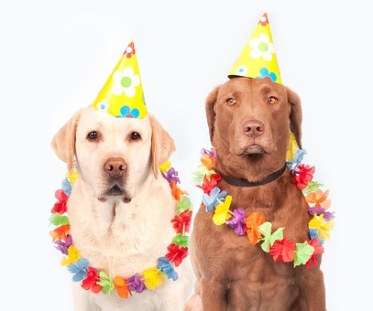 I haven’t found words for the one minute track named ‘Minotaur’ by Johnny Fuckface. I can tell you that a Minotaur is (I believe) a cow face attached on the body of an Arnold Schwarzenegger look alike. Probably walking around some maze fishing for Virgin blood… But that’s all that I know…

Then it’s time to get the feet up in the air and enjoy the monkey beats of DJ 0.000001’s Drum Solo (Live). As the name suggest its full of drumming, grooves; great for ninja style dancing & chimpanzee armpit twirling. It has this energy that sinks into the little toe, gets it to wiggle and from there the whole body would go in some kind if dancing frenzy. Dance like you just don’t care is a good motto over here! 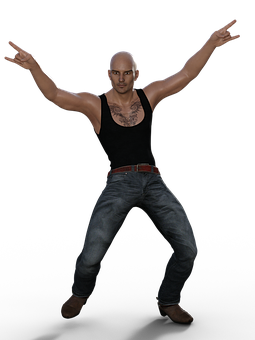 Ah here we have it, the most dangerous track on this album. This is the track that f#cked me up two years ago & I must say I’m afraid to enter this time portal one more time. But in case the lyrics get us all super high; see you back here in two years’ time okay? So yes, it’s the ‘Bucha Boys’ with ‘Jah Dammit’. It’s like an over extending ‘our weed is stronger and better than whoever else their weed’ claim that is as believable as faith. The words that Bucha Boys come up with over here will make Cheese and Chong grabbing for their phone book to find the green goods that Bucha Boys had been smoking. They are so high that they had become revolutionaries ready to blow your mind with their wife open root chakras. They have their Chrystal balls, they play ultimate Frisbee, they are so up there that they could see the future! They are Weedy Gonzales eating ganja lasagna and cannabis corn-dogs; this duo must have had the best weed on the entire planet!

All the way at the end there is a little cute song by ‘Enis’ named ‘Her Veins’ it is pretty laid back, with lots of lovely hand claps and a tickling guitar that fingers the friendly vocals. A lovely ending for an insanely wild imaginative album that you must hear!http://thmole.bandcamp.com/album/motion-recordings-compilation-2014
<KN>