This compilation starts with some fine super action that clearly loves to bang your head as if it’s a scene for a mortal combat game. Bring On All That Can Go Wrong by Avenpitch is clearly not afraid for the punch of victory!

Forget people who claim to move like Jagger as MY ZERO has a much more admirable tune to cover in which it covers someone who got the moves like Satan. Somehow I think of the girl in the exorcist walking of the stairs in a particular way. 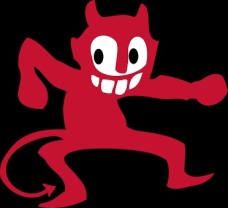 Super thick electric guitars, drums, bass and voice perform for us in ‘Trying & Turning’ by Lift Safely. The thickness is pretty hardcore but the subtlety of the voice balances it nicely out as the whole track burns the speakers down to the ground.

Then its time for the electro goths to pop out and bring their snake-like dance moves from the shadows out and in the open. Or perhaps they stay and dance in their hidden dark caves and just open up the door for you to ‘Come inside’. You might be just on time to hear and see as|of perform and do its thing.

A typewriter roll drum swings with nice guitar rollercoaster material. The band has some nice vocals on the mic too, setting a scene of euphoria, somehow familiar to sit in a fun fair attraction in which you go upside down and lose your mind. throwing Red Ink’s Nightfall has a very up and friendly vibe, especially seated next to the more dark electro goth friendly tracks like the one of as|of and the upcoming ‘Fail’ by Kether.

This one has for such a dark track that smells like polished leather boots a strange happiness over it. It combines the typical sound of all-is-doomed-&-we-are-vampires with a certain energy that isn’t dark but more like a reddish power glow.

Time to bring some kung fu moves when going through ‘Spiral’ by Uber Cool Kung Fu. It feels as if we have traveled back to the rough part of the eighties. The time of VHS tapes, dirty dancing, mullets, rock and wristbands. But this song is happy and euphoric like a fresh shot of the goodness from that time, sped up and spiked up with a nice bunch of vitamins to create the whole track into a fun one. Especially with the cute flute-like melody roughed up by these abrasive guitars and passionate vocals.

More modern (with respect to the old classy days) and a bit experimental is Spanakopita by betaEight, which throws in big rattling beats & sampled madness to generate an energetic form of time zapping through space. The kicks are fat, generating the perfect material to hang your head in & wobble it around in an appreciative matter.

From out of nowhere between all the roaming beats, dark dancing ghouls and sweaty rockers; suddenly a very soothing sounding St. Anthony Falls shows up to bring his song ‘Goats Do Roam’. He shreds all the previous tunes to pieces by going for simplicity, just him, some instruments and a song. I’m not sure if I heard it correctly but if I can trust my foreign ears he sings that he had slept with at least 100 girls, took what he wanted and never said thank you… But he sings it in a way that it is a ‘thank you’ on its own.

Oh my gosh; rip the wallpaper from the walls as then there is a wedding proposal in song form you cannot refuse. Its MSRP saying ‘I Do’ and underlines the wedding vowels in a tune with singing, bold guitar riffs and laser beats. The groom & bride will be in for a happy rocky future together.

Pull Me by Future Lisa is brilliant. Think of a dirty Larry kind of establishment, a cozy atmosphere with a bar full of drinks with mysterious ingredients. The song sung by Future Lisa is sharp, setting the ears into intoxicating flames ‘love it when you come back, just don’t stay’ are words that sting and burn brilliantly. ‘See you tomorrow; don’t want to see you tonight’ Ouch! The music swings deliciously!

Albuterol’s La Catrina’s Antigone has some nice synth work bubbling through the heavy guitar material, and if you listen carefully there are some sparkling little Christmas bells too. It’s the voice that feels like a block, very strong and sawing itself through the track like a concrete chainsaw. Half way it is more laid back, exposing the singer in a more fragile position before clearly joining the guitar riffs again.

Then there is something that reminded me of growing up in between the hardcore beats of the Netherlands and the creatures of the night, dancing in bat caves at noise goth parties in which the atmosphere is always fascinating. Witches dancing with their arms in the air, men in fishnets shirts and corps paint, jolly girls in stripy outfits and tutus, gas-masks… You know the deal: Promidal’s Terrorbyte Heart will enslave them all for their dancing pleasure.

a special kind of dancer

It’s fun to hear the eccentric sounding The Trapezoids and the song ‘Tuning in Tokyo’ after such a evil sounding tune. This one is much more punk and definitely one of a kind with a rhythm in electric vibe and sound that goes into the legs that will make you want to dance like a funky butterfly. This is one that makes you want to browse the internet in search for more…

Luckily for fans of the more eccentric sounding tunes there is also
OneNeoEon’s In My Dreams. The music is quite stable with a steady hammering beat and rough burning guitars. It’s the voice that sings that makes it weirder, singing steady and without any special effect like someone who just keeps it real.

Something that feels right to listen while hobbling on the back of a horsey through Babylon. With a Jerry Seinfield slap bass we gallop all over Crystaldeth by Subject2Ridicule. It would be great to subject this track to ridicule, but I’m not ‘doing it’…

A happy melody in bass form throws in enough hocus pocus to establish Trip Lava’s Zidrakong the Sorcerer. It’s the track of magical unicorns, dancing on the clouds in order to find that pot of gold. Yet it’s quickly gone and so is our luck.

But fear not, our favorite ‘Lovely Lady’ song by Monkey Warhol is here to throw a fun little party at the end. Party hats up, arms in the air and sing ‘Who is the lovely lady that looks like a taco?’
https://tcelectropunk.bandcamp.com/album/twin-cities-electropunk-volume-8
<KN>