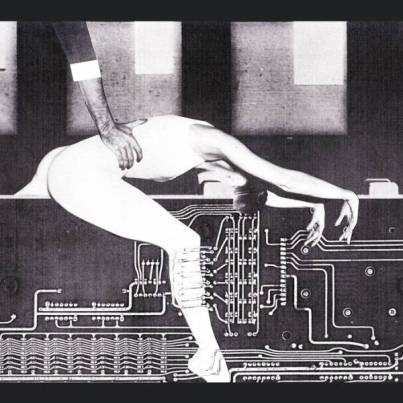 Hanin Elias teamed up with the sexy Electrosexual to create ‘Hold me’, a very hot song that goes into you like a brewing fever. But unlike a real fever this is one you do not want to get rid of with paracetamol. The sound brings back memories of the pleasant authentic raw raving days, taken an easier pace to perfectly carry Hanin her hauntingly warm poisonous vocals. They are like a powerful spell circulating anyone who dares to listen & embraces them without ever letting go.

If you had been around over here there might be a big chance it already had been nestled within your head, heart and soul from words in an older review. But because the hot song also conquered (read: favorably possessed!) the interests of a cool record label, the song got pulled and just resurfaced as an official release on Duchess Box Records. Of course when something like this happens, more things will be happening: Rumors are going around for a brand new Hanin Elias album… but rumors are rumors and facts are facts. And one of these facts is that the ‘Hold me’ single not only got re-released but also just came out in its own official video form!

The video directed by Dukagjin Idrizi features Tómas Lemarquis as a just awakened goblin. Blessed with the facial expressions of a young Nosferatu he is clearly pulled with the task to find a sleeping beauty. The brave naked goblin faces the harsh world, the sharp rocks, the snow, the cold water; only the giganticness of it all might drive the creature nuts! You can watch the exciting music video over here: