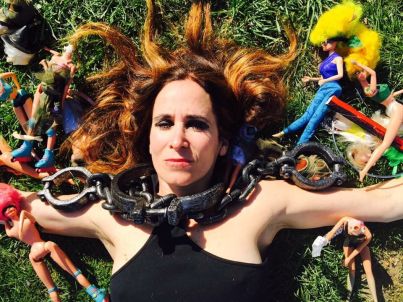 Marla Mase’s upcoming album is one for people with a rich imagination, attracting individual minds that prefer colorful thoughts above the bleaker ones. This is a collection of tracks for the dreamers, fantasists and happy music lovers. But also an album for the ones with an conscious mind, delivering social awareness to listeners ready to be triggered into thinking things that they might not have thought about before. The power of this album by Marla sits in the fact that light and heavy topics are brought in an equal manner; quirky, bright, active and fun.

How do I know all this? ….as the ‘Miracles: Lost & Found’album isnt even out? Magic! I’ve been peeking into a magic bowl, focussing on Marla Mase and True Groove Records & suddenly the album art appeared and the music started to play. It was the right magical opportunity for me to preview this album, and thought to share my early findings with you…You might need to wait a bit for it to fall in your own ears, (not everyone is blessed with a magic bowl) but luckily with your imagination you can just read along and imagine that you hear the songs before anyone else… 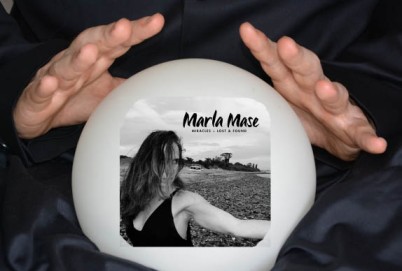 thanks to the magic bowl, the album art for Marla Mase appeared

The pending release starts with an energetic upbeat song that will easily please the ears of the colorful thinkers right away. Sometimes not everything is what it seems and reality must be compromised with thoughts and lies all through your life’ Marla sings. This is the tune that seemingly supports a lie for the better, making life a bit more glorious (or beneficial?) then it actually might be. Somehow this might be a perfect tune for presidential candidates as they will probably resonate with these lyrics a great deal. Marla Mase even gives a great tip what to do when the mindless mob discovers the truth; just tell them it’s a miracle!

Fun thing that I wouldn’t wanted to withhold with you is that this song made me think of a hypochondriac patient that I used to work with; he would roll the whole day around in a wheelchair, telling everyone he wasn’t able to use his legs… when I would be out of sight, he would walk around (and even run!) like a normal person. One day I sneaked upon him as he was walking around and just like Marla Mase’s advice; he too said that it was a miracle! 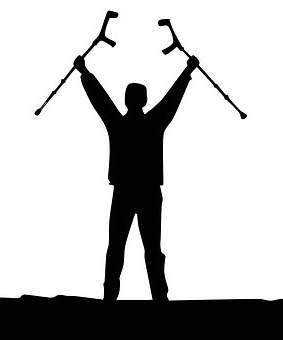 Marla Mase’s creative journey continuous with ‘falling sideways’, a song that somehow made me think of her as someone so into her own fantasies and imaginations that she had been trying to go through that personal Alice in wonderland rabbit-hole, but instead of tumbling down and reaching this dreamland, she landed in the office of a Psychiatrist. It’s easy to visualize the artist lying down on a sofa while the medical doctor (whose wise speaking voice sounds quite similar to the one coming out of the mouth of a certain Barack Obama) explains what it actually means to go through a ‘miracle’.

The cheeky ‘Dreamland’ song that also appeared in my magic bow is also perfectly in line with the album title. It’s an appetitive song about making life up; making it a bit better than the reality actually is. It’s about a person who prefers to live in a self-shaped dreamland in which everything is alright and no uncomfortable confrontations need to happen.

A relationship isn’t what it used to be?
– Just imagine that it was otherwise.
Your old mother is suffering from old age?
-Simply dream up that she will be like Benjamin Button.

Marla Mase’s song writing skills are the ones most songwriters will dream off. She also performs it with perfect harmony & even the music itself captures the dreamlike vibrations perfectly here.

the tracklist of the upcomming album appeared in the magic bowl…

The next song that appeared in the magic bowl was one that elevates Marla Mase from just a normal singer songwriter that writes about things close to home, into an aware and wordily activist for social issues. She is clearly using her artistic platform and skills to bring topics to the attention that (I presume) listeners will not easily think about, without being exposed to in such a surprising way. Her excellent sounding song ‘A Gun’ armed with orchestral-rock jolliness touches upon the very serious topic of young kids being enrolled in to gang culture. It’s the kind of song that makes you think, even though Marla brings it in such a way that you won’t feel sad as it is delivered.

Another story that takes a serious issue under the loop is expressed in ‘Hold You’. It’s a song as sung from a mother’s perspective with a child that has expressed to have voices in the head, a thing easily to be ignored until one day a shocking thing might happen to the little loved one. I don’t want to write more details as I truly think it will be best for a person to be opened up by Marla Mase her talent in singing story telling; after all she is the master at it… But the song will probably touch all with a young child, and educate all to pay attention to whatever they are saying and thinking, even though time of a working parent might be sparse.

The first single coming from this album is ‘Everyone Dies’ which comes with a very colorful cool video to brighten up the days that we are still here being alive. The song is perfectly taking a bite of the hype of people dying on Facebook. People whose dead you probably would have passed by, but are now showcased on your screen as you scroll along: People that you know, old class mates, celebrities, heroes and even bears and lions; nobody is immortal thanks to the social platform. The single is catchy, fun and groovy. Brightened with the great visual images by up and coming filmmaker Dylan Mars Greenberg, it plugs into that ‘absolutely fabulous’ vibe in which Marla and friends are nicely tuned into a psychedelic offline party mood! Now you might wonder, did I see this in the magic bowl too? But no, this is actually out for anyone to see and hear: (higly recommanded!)

On the album the artist also delivers a perfect cover of ‘wake up and make love with me’, her version honors the original style of the great Ian Duran and the blockheads. She performs it sexy and funky, incarnating the original in her own respectful way.
The British vibe that reminds me of show tunes as performed in London venues with feathers and wigs on the wall, also get shaped in her two spoken word works named ‘Back to the beginning’. The music has this lounge-vibe that has a certain class written all over it, carrying Marla’s words like a respectful speaker in a graceful way.

Marla’s clean voice shines like a beloved star in a great activist-kind-of-tune. One in which she underlines that some people in this life might have their priorities pretty mixed up. She sings about lack of oxygen because they removed (in the middle of the night) a family of 56 innocent trees, all to be disappeared into thin air, just to make room for a tent to host fashion week. She sings this story in a sunny calm way, until she voluminous erupts and puts all her passion to her protest voice for the voiceless trees. The music is superbly done with a trumpet section to die for. 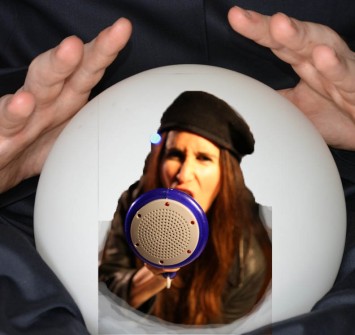 Marla Mase appeared with a voluminous voice of social commentary

The final appearance in the magic bowl was a nice acidic wobbling baseline in which Marla Mase waved her listeners goodbye at the final end of her album. She made sure that you will know that even though the music might stop, the spirit of Marla will be hovering around you, making you think of this album when you come across trees, see posts of people who have died according to Facebook and when you made up a lie -to make life a little sweeter: Marla will just be around the corner, waiting for your return. It’s a great brain game to imagine these songs playing in your head when reading along, but trust me; the real album will surprise you a great deal! Keep an eye on the label’s page to know when it will arrive, or check out your own magic bowl!
https://www.facebook.com/TrueGrooveGlobalSoulMusic/
<KN>