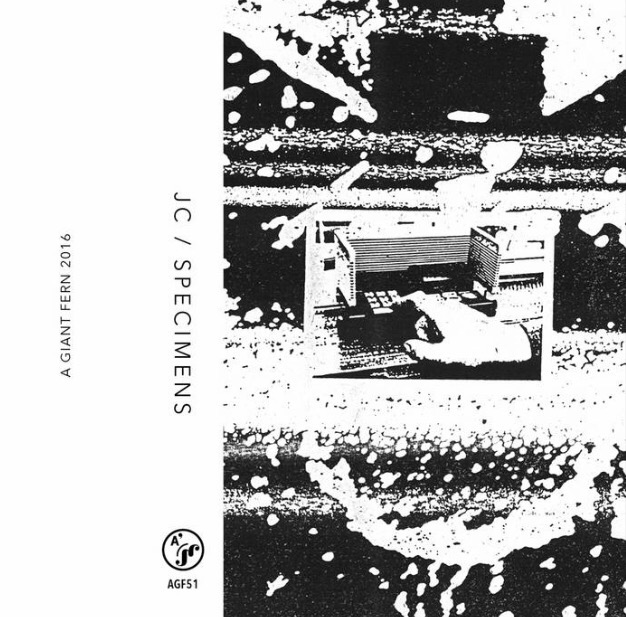 I opened up and shoved DISK in. It was one made out of the genes from parents J C & Specimens. It’s a strange name for a love child, but DISK was still in its early stages; smoothly bubbling forward like a baby that doesn’t know yet how to walk. A bit like a snail it crawls with a cheering lush beat standing aside in the hope it encourages DISK to stand up and walk. But no, this smooth DISK keeps on all fours, keeping a low profile this time although everybody would love to squeeze its cheeks, pick it up with both arms and say; oh isn’t it adorable!?

The next child between the two artists is Location 1. This one is seemingly already grown up, perhaps of teenager’s age; one who is difficult to deal with, doesn’t want o do homework and prefers to sit upstairs in its room with a face that looks troubled. Yet if you look in its eyes, behind the dark facade you can see a beautiful character that just goes through a difficult phase.

Next love child between J C & Specimens is the cutely named SIM. You can easily figure out this little rascal is an explorer; if you can’t find it, it’s probably crawling through kitchen cupboards or closets to Narnia. The rhythm that SIM has is adventurous, determent to go and research around the house, the shed, the garden with a fine amount of imagination to help the lack of real stimulation. SIM is clearly the kid who doesn’t need toys to be entertained.

Another Location, but this time ‘Location II’ (the middle one of the locations) also pops up on this fine release. This Location is also wise for its age, clearly a thinker, a audio child between the two stars that is a bit of a philosophic one; with minds wandering off to dreamlands hardly knowing the difference of reality and the opposite.

Then we are introduced to the naughty sounding love child between Specimens & J C named VAILS. We can clearly hear it growling in an anti social state of mind as the proud descent parents give the youngster a old school spanking to hopefully adjust the youngster’s behavior. To be honest as a listener we shouldn’t care about this kind of parental action as music wise it’s worth the red buttocks.

The last kid that the release introduced us to is Locations III, let’s call it Locations Junior. For the last one in the family, Junior sounds the most adult. Junior has this wise flow and feel over it, as if the child knows all the secrets of the universe and beyond… and who knows; that might as well be true! Locations III is probably a born to be genius, and if you are able to befriend it at an early stage, you too might be a bit brighter than reality. A great family of youngsters that J C & Specimens had made; they must be proud!