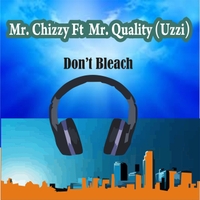 I’ve been happily dancing & chilling with a new track by Mr. Chizzy, the quality reggae dancehall artist of this hottest moment in time… As you can see, I’m acting like I know Mr. Chizzy, but that’s not true; It’s just moments ago that I’ve heard the man’s music for the very first time, but it was one of those meetings that made me feel as if I had known Mr. Chizzy the artist for many, many, many years. The sound, the music, it has something familiar, corresponding perhaps to another life in which I only listened to reggae music.

But to be fair I’ve also drastically read upon Mr. Chizzy’s explorable biography, a thing I normally would skip, but for someone whose music feels like family I feel it’s the least thing I could do.
In fact, I think this gives me a great opportunity to share this info with you, dear reader.

Wow, Mr Chizzy is blessed with one of the nicest names in the entire world ‘Gospel’ and Emereonye.
Imagine being his friend on school, and telling your parents ‘I’m going to Gospel’ and they correct you by saying ‘it is ‘I’m going to THE Gospel’, while actually it is just you seeing your friend named Gospel… Anyway, I’m blown away as with a name like that Chizzy had no choice then becoming the famous star that he is! …But what about his education?

“He had his primary education at waterside primary school where he obtained his first school leaving certificate.”

Wow, there have been many stories about the waterside primary school, and they are all full of praise and love, with extraordinary quality reviews on Yelp. The world is grateful for Mr Chizzy being able to leave the first school with a special certificate, cause in that way the road to world stardom can easily be walked upon.

“He had his secondary school education at Emmanuel College Owerri and later proceeded to Imo state university where he studied microbiology.”

As you can read Mr Chizzy is a well-educated man, but the music must have come from deep within his own soul. (Unless ‘microbiology’ also covered taking a good look at the roots of dancehall and reggae?)

“His started his musical career during his secondary school days at Emmanuel College Owerri. He later made his first demo arounf11995-1996. In 1997 while he was schooling at Imo state University he formed a musical group called, “De Invincible squad” which he was the president till the breakup of the group 2001.”

“Pitch later became a music producer, CK a night club DJ and promise Gee and Mr. Chizzy being the only musical artiste today.”

That’s an amazing biography; I wonder what kind of music ‘De Invincible squad’ made, and what the tasks of being the president of the group are? Somehow I wish it was a reggae dancehall band that performed with the use of a magical cloak (like the one in Harry Potter) in which they all would be invisible, making them automatically invincible (as try to fight a band you won’t be able to see!)

It’s nice to know what happened to Pitch, CK, and good to hear about promise Gee and Mr Chizzy still going strong as musical artists today. But still wonder what had happened to the other people in the original ‘De Invincible squad’… if you read this; big shout out to you, much respect!

I’m happy that Mr. Chizzy didn’t quit as the track ‘Don’t Bleach’ is making me feel pretty good. With lots of ‘yeah yeah yeah’, harmonies, a grinding sexy rhythm, nice shuffling and a voice that cookie monster would be jealous off, the tune is once that captures a sunny vibe that feels like its made to show no mercy for the people on the dancefloor. Bless this anthem!
http://www.cdbaby.com/AlbumDetails.aspx?AlbumID=mrchizzy&_ga=1.38889955.1367395155.1459014134
<KN>

This entry was posted in dance, Uncategorized and tagged dancehall, reggae. Bookmark the permalink.