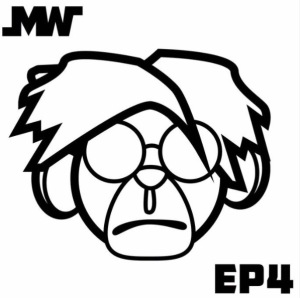 Pickles are alive and among us, some people have them and others don’t, some love them and others wont. But they for sure live a live on their own, doing only what they want and can bring their host into embarrassing situations completely out of their hands and responsibility. It’s a taboo subject that these pickles are individuals with a will of their own, showing up at times or mostly tucked away between a bag of pickled balls.

Monkey Warhol’s latest music video is brave enough to educate the world on the pickle ‘bodysnatcher’ nation under us, telling without shame that they are intelligent life forms with their own tastes and manners, their own brains and sexual fantasies. These pickles are so highly evolved they can even see and point through fabric, no matter how much you think that a pickle has no eyes. In the case of Monkey Warhol’s video; the pickle shows up every time a lovely lady (who looks like a taco?) is around, which is fine if the lady is fine with it and understandable of the pickle situation, but if not; it might be a bit creepy. Not everyone is walking around to be out of the blue greeted and confronted by a pickle… but that’s the thing; pickles are happy and enthusiastic and the ones closely associated with them have mostly fairly little to do with it.

I got to mention this personal pickle story in which I talked to a lovely lady who said she hated fishermen pants, because the lively pickles would be able to be seen even in their hiding form. As a fan of pickles I couldn’t see this as a problem, but I could understand that it might lead the wrong idea and impression & somehow I feel Monkey Warhol’s music video is educating all people that these pickles are living among us and have fairly little to do with the hosts that they are living with. In fact they might suck the blood from their host when they need it, leaving the unfortunate pickle transporter with lack of blood in their brain; the urge to tickle it might be enormous and the consequence embarrassingly disastrous.

Pickles in public transport might also be a problem, they would just do their own thing, maybe triggered by the moving vibrations of the movement or they again like what they see with their special senses, but it always ends up in embarrassing situations in which their protégées have to hold newspapers or bags in front of them, covering up the pickle so nobody notices the pickle takeover who is happily looking and bouncing around… in fact this might be one hell of a conspiracy that all slaves of pickles are trying to cover up, only making the ones without pickles more obnoxious of how difficult it is to live a life with a pickle.

Pickles are living their live with a lack of responsibility, their actions never get to be blamed but their personal butler always is the one who gets to blame when the pickle show up at irresponsible times.
But pickles are plotting it all out, I’m sure as mostly they are already up and awake before their host even opens its eyes in the early morning; it’s like a pinky and the brain situation and the brain isn’t with the pinky but in the pickle. So pickles, monkey warhol is on your case, liberates your victims from solidly being responsible for you to show up at inappropriate times, educates the world of your evil scheme in which you lot have ‘get out of jail for free cards’ while getting your servant into various troubled situations. Don’t be too judgmental, don’t tickle the pickle; see the whole picture and know you are not the only one; there is a pickle cover up and nobody dares to point it out with a daring poppy catchy song other than Monkey Warhol! So bravo!

Get this great song and others over at the following link:
https://monkeywarhol.bandcamp.com/album/ep4