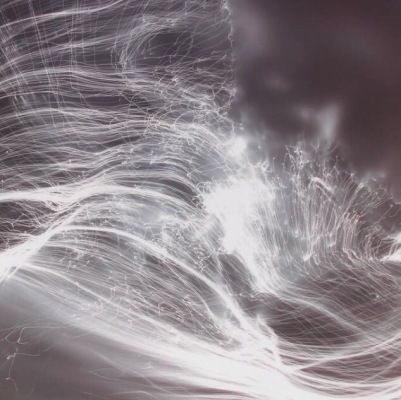 This one is intense, with its thick blissful sound that feels like some kind of godlike drone that mysteriously appeared out of the skyline. Everything else is silent, making it appear at a time in which most people are asleep. Some kicks can be felt, bashing like the hammer of Thor while being washed away in the grotesque emerging dronescape.

It really goes into me as the impressive piece that it is, making me feel little and the audio universe gigantic. A shimmering pulsation can be felt in this ambience, as if in the far distance some-kind of army of spirits march above the thick clouds. It keeps the intensity for the full amount that this track plays, humbling me down as if it made me realize what an unremarkable tiny dot we are on the map of the universe.

I don’t know about you, but this remarkable work of audio art had kept me in its claws. It kept me on the edge of my seat, holding onto it tightly as the marching spirits passed by even closer. This might be a something minimal, but it felt like one of the most intensively intriguing drone sessions that my ears ever had heard. If you have time and respect to take a listen than be my guest: