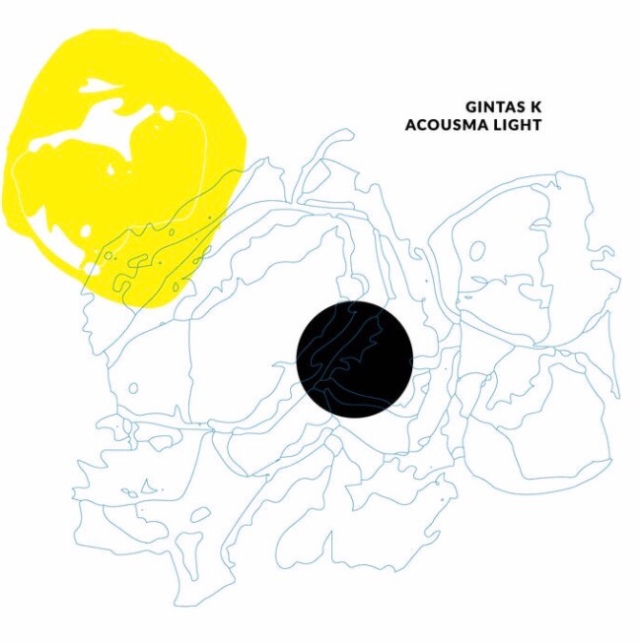 gintas k’s brand new release got me like a prank on april’s fools day. When it played from the start I instantly thought that my listening equipment had gone berserk. It made me check the wires, hid the machine from the back and the front & even made me check my own brain to see if it was maybe a inside technical problem. Of course over time I realized all these odd sounds are in fact the actual music & not the sound of the sounds not working properly. Sometimes the difference between experimental and equipment failure is hard to distinguish between each other. I realized when some kind of fire alarm started to ring that we at YIKIS don’t have such alarms installed & it was indeed all coming out of the acousma light.

What a delight and relief, as now we could just sit back and enjoy the audio expressions instead of worrying about how to fix the music playing machines. A worry less; a joy plus! What got me the most after the realization was how computerized these sounds sounded, as if a genius hacker hacked into the behind of electronic music and twisted all the connections in order to make them do things on their own. Of course it’s difficult to understand if you had been expectingA to Z compositions,baselines, straight to the point melodies or hell; even singing! But on its respective own it does provide the righteous sparkles, the wtf form of audio excitement and material that sheds a different light on the machines around you. It sounds like a alternative kind of nature.

Somehow gintas k makes these experimental experiments sound as if they are coming in liquid forms, vibrant, squishy and squeezable. These are elements that are hard to create when going for your average bill & joe kind of country album or any other form of concrete music in general. With these tracks here it’s more about shapes, forms and sizes. Maybe the sounds pop once in a while but they will stay organic and never form a recognizable pop pattern. A shine through melodic hint might shine through, although the experimental sounds do dominate the scenery. Why it relaxes? I guess because it has the same excitement and calming artifacts as standing under a waterfall at a beauty of a location. It sounds and feels very different, but they have in the end lots in common.
https://gintask.bandcamp.com/album/acousma-light-gk-rec-2018
<KN>