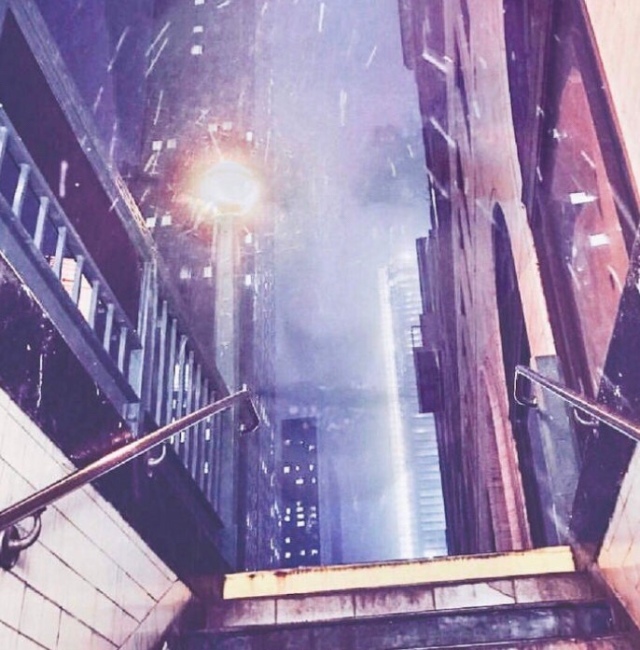 Daily we get send in tons of music and seem to have almost zero time to listen to all of it. It’s like being a hoarder, almost being devoured by stacks of music requests. I like to give the middle finger to these sites and music publications that do one sentence reviews or simply copy and paste a press release by actually listen to whatever I can & by that i mean not lightly skipping over it, but enduring the entire full thing. It’s a mission impossible to do all at this pace, but sometimes, very occasionally, a release is so short that it almost feels polite towards all the others that are waiting in the stacks among the walls, all covering the floors all the way up to the ceiling. A recent one that I had pulled out of the hat of newbies was one of those; short and sympathetic. This was Jenny Joy Filicky by Frozen Inertia. A work of seven minutes and 26 seconds long, leaving enough room to bite into another at some later point in time. How nice of Frozen Inertia! Don’t you think we should applaud this effort? Especially in this time in which everyone is having the attention span of zero?

Anyway, this one starts like a grand excursion into the grotesque, all filtered and tweaked to be short and to the point. A well made intro that grabs you by the genitals like a true president. Swiftly the introduction time period makes space for the real deal, a spaced out rock and rolled vibe that feels as if they just had played for a large audience, still high from their performance and whatever was on their raider menu. Guitar rumbles as well as a tired sounding power drum while a voice sounds like it had survived a recent joyride after a downing heroin shot ; Tommy ears it’s a joy as they sound so visually screwed and out of it. That’s what this kind of music should be about, right? The f*cked up life style, the trashed motel rooms as temporary living spaces on the road, the state lights burning your face off & playing your heart out while the audience had already left for home. I could hear it all, the passion , the dream, the tiredness; it’s all there. Funny thing is that we are only just a few minutes in…

After this, the music changes again, turning into a different road. It contains a nice heavy snappy bass and a clean tightness with a electric touch. The warmth of it all and the dreamy voice that floats around on top makes me feel like they have turned off stage, into a private head space, one that is safe to experiment further with mind altering products in a more energetic style and less wonky ways. As if they had showered and started all fresh and dug up their sense of love and kindness back again. After a little hint of piano they all seemed to go into a uprising spiral, higher than a New York skyscraper and more harmonic and together than any music that you could find in any cheesy Disney production. In a way this is all unexpected, giving a entire show with a begin, middle and a let’s-all-hold-hands ending. Pretty good for just seven minutes and 26 seconds! thanks for that!
https://frozeninertia.bandcamp.com/track/jenny-joy-filicky
<KN>