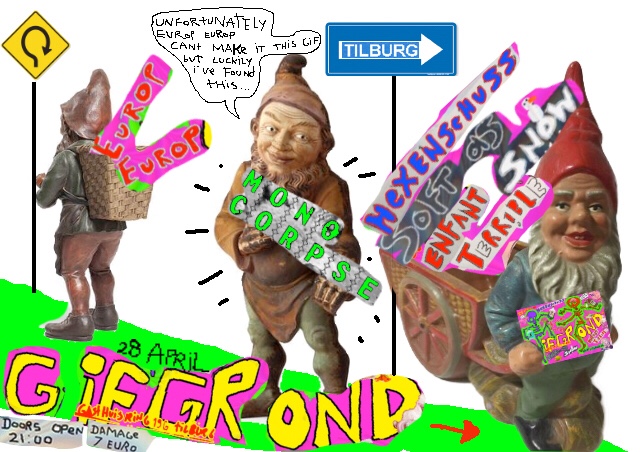 Last Saturday I was hearing festive noises through the entire sewer system and traced it all the way back to the source. Once there, I crawled respectfully out of the one and only toilet bowl at Tillywood’s favorite party venue; Gifgrond. I’ve heard about this place and in fact had been going there many times before, but normally I would have gone through the podia’s front door. I also had completely forgotten that it was one of these days that Gifgrond was celebrating again! 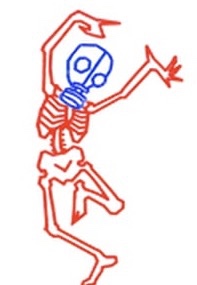 It couldn’t become more clear when I went out of the bathroom, straight on to the dance floor, while trying to clean up the sewer sewage from my white suit. The few people around me didn’t pull up their noses, didn’t look at me with disgust. No, instead they unarmed me and welcomed me among their midst! Always a good vibe among the people of this wonderful alternative music venue; covered in shit and piss and still making the blitz feel welcomed and at home. 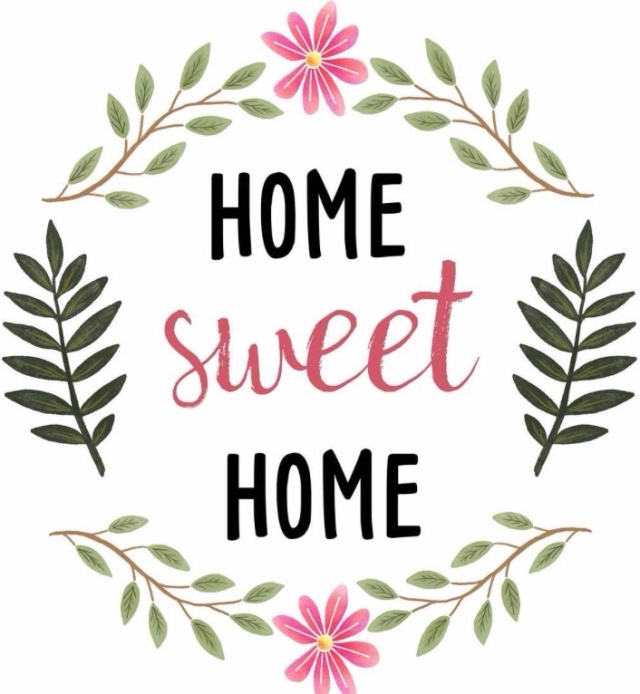 Apparently I had come right on time, maybe even a bit too early.. the actual front doors hadn’t even be opened to the public. The noises that had seduced me to come down had been generated by the acts of the night while doing their sound checks and rehearsals. It’s a thing that professional music makers and fellow entertainers do… remarkable, isn’t it? 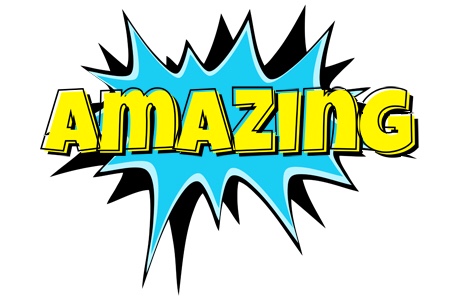 when finished they had been so nice to invite me up for a communal gifgrond dinner. They must have thought that I was a artist like them – probably thinking that my white suit with rank smudge was my costume. I must say that the food (as lovingly prepared and made by a certain Marcelle) had been much more tastier than the rats that I had been munching earlier on for breakfast. So inviting and homely these people and artists are, they have no sign of arrogant egos or stardom attitudes; apparently everyone is a equal family member on these Gifgrond grounds, no matter how you smell, how clean you are or where you had previously had come from. Gosh, I love this place! I must and we shall never forget! 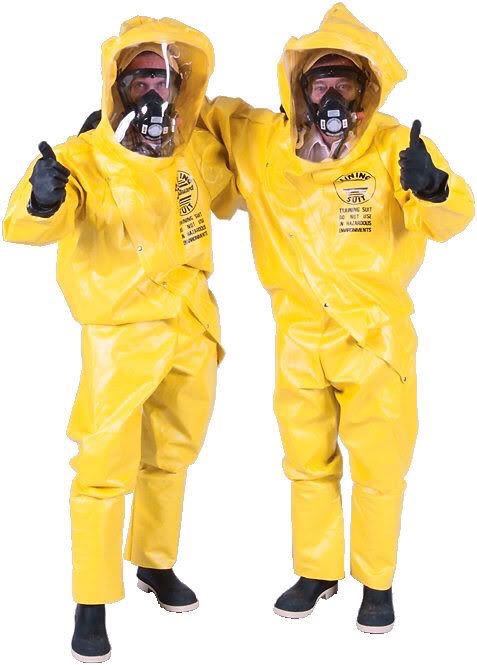 While having dinner I observed all these fascinating characters, they enjoyed beers and chewed and swallowed their freshly made food, chatted as if they had known each other for years and generally created a atmosphere that was laid back and perfect to digest the tasty meal. One of the acts had already attracted my attention before I had even crawled out of the toilet. This was ‘Soft As Snow‘ a duo from I don’t remember where, whose albums I had been blasting away in my underground private quarters upon discovery. Never thought I would bump or crawl into them, so to meet them in real life & be able to hear them playing live was a great thing that got me entirely excited. But before I could pick up the courage to tell them that I loved their latest album, it was time for them to go down and indeed do their thing. 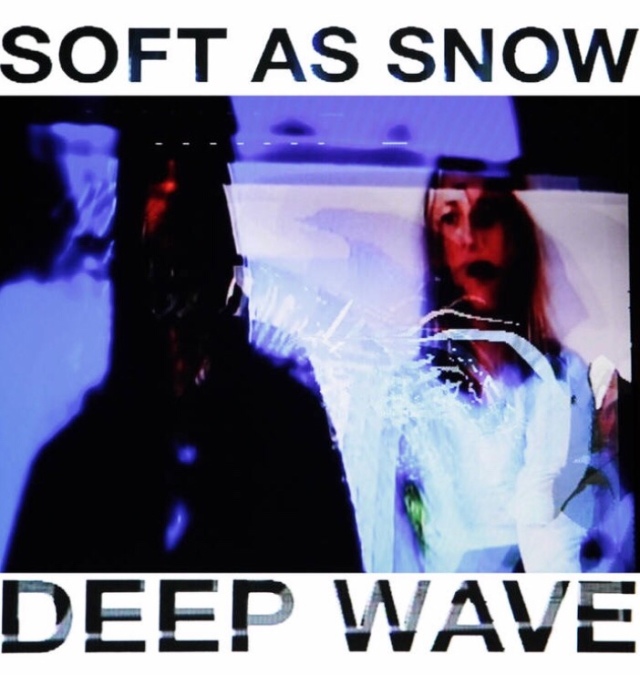 The front door (whose presence I had skipped upon entree) had been opened while we all had been eating & once I followed them down like a excited little smelly puppy, I saw a busy diversity of a crowd, all gathered to participate with their presence and ready to make the 64th episode of Gifgrond into a successful event. All ages,colors and layers of society had come together for a good time & yet there was still place to do some spastic dance moves on the filled floor. With ‘Soft as Snow‘ on the menu, everyone would be in for a good time!

The lights shined as Soft As Snow took the stage, claiming their instruments and microphone as their own; setting up the atmosphere that didn’t disappoint my personal high expectations! Crazy enough, I immediately knew that Soft As Snow would have been the highlight of the night, with their charisma and collaborative strengths they simply played astoundingly big. 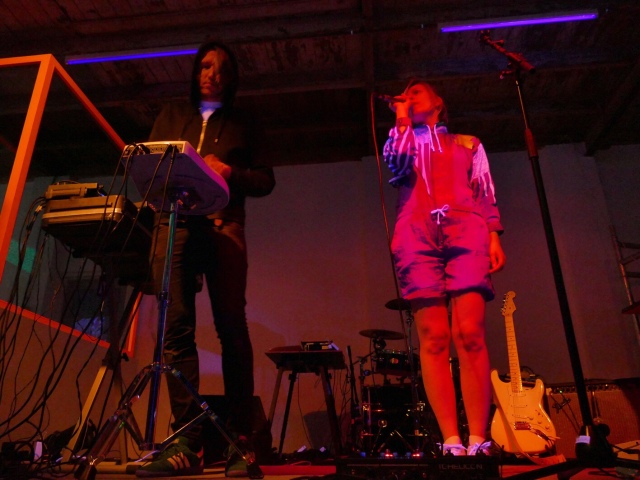 They played their set of strong and powerful music, with the combo of electrifying electronics, rhythm and unique vocals they created a special style that spoke to the inner punk, while keeping it highly electrifyingly modern and loaded.

The style that I enjoyed hailing from their recent album was even stronger and more engaging while seeing and hearing the duo live in action. They might have been called Soft as Snow; their music performance came across ‘hot as fire’. They certainly didn’t disappoint! If anything I had certainly wanted to hear and see more! Luckily their album awaited at my underground hiding place, one that is highly recommended for your own listening pleasures! https://softassnow.bandcamp.com 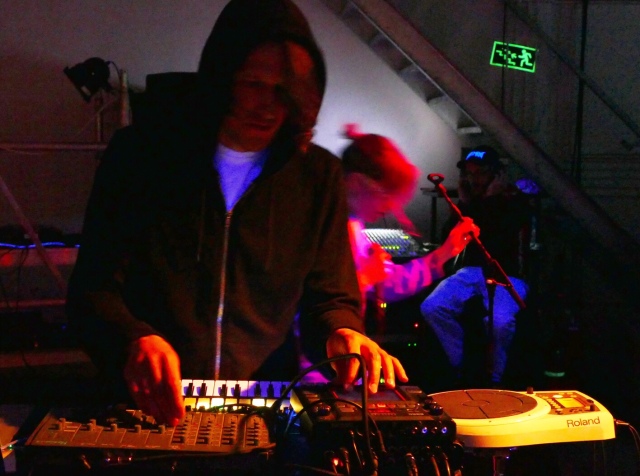 After this upbeat spectacle it was time for the single one man project named Monocorpse. While earlier on at the dinner table I overheard that Doom techno specialist Monocorpse had been called in at the last minute as the only act great enough to replace a announced live act named Europ Europ. One act that was missed, but will hopefully return to do their thing in the near future. 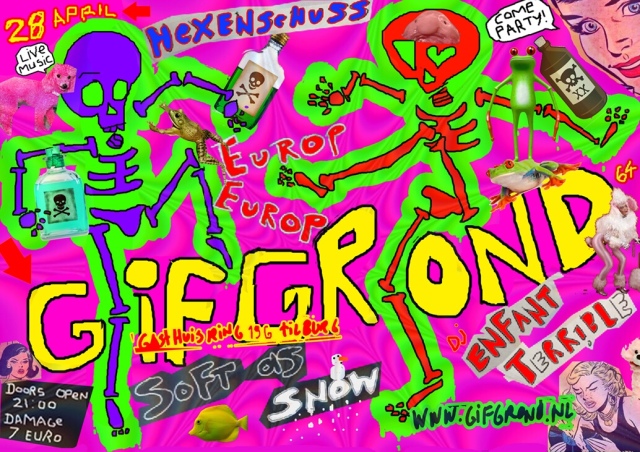 In any case, Monocorpse strongly claimed their open spot with grace and toughness. With special fitting surrealist ritualistic video footage beamed on the backdrop the artist had created a artistic wonderwall of intrigue to get lost in. 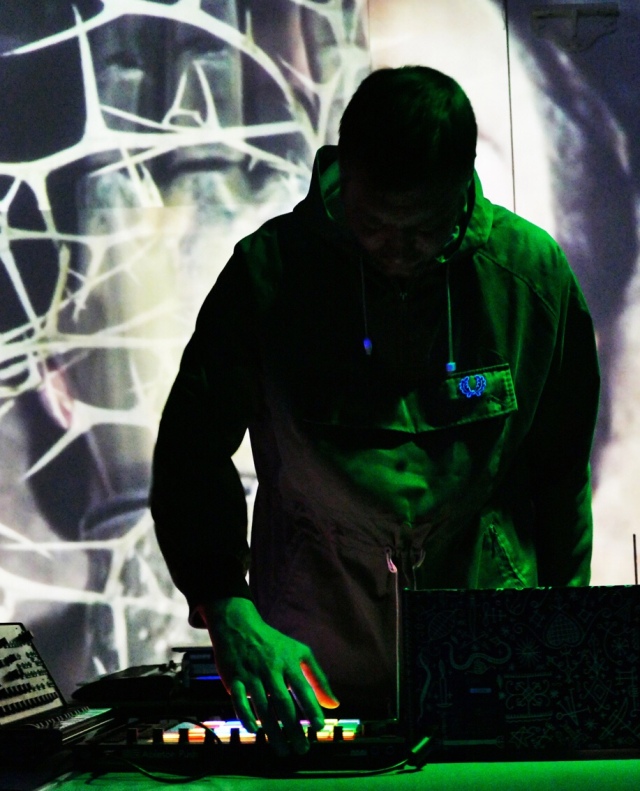 To give you a slight idea of the ability of Monocorpse to do so, here is s excellent example:

Monocorpse provided the stale beats, the moving collages of sound and repetition in concentrated perfection. This Monocorpse was like a one man’s Frankenstein, one who made a lively electronics monster in rhythmic audio form. The gifgrond floor was happily trampled upon by a very appreciative crowd of intoxicated admirers. The white parts of my suit lighted up under the special lights from pure respect and surprised admiration! 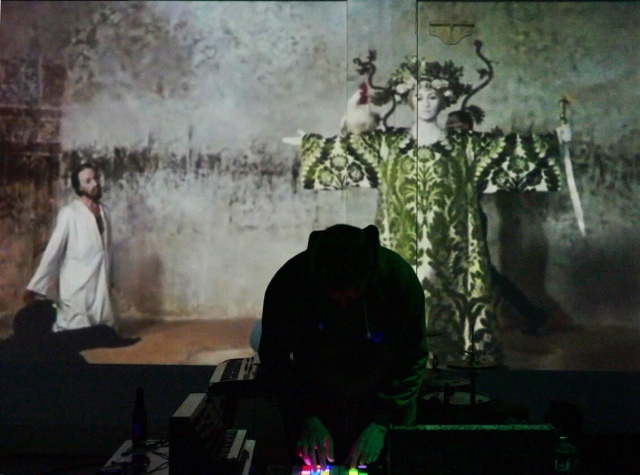 Speaking about intoxication ; Hexenschuss was the next live act that followed. This duo started to play as if they had been onto something. Maybe a portal to another dimension? It felt as if they had the key but preferred to keep it to themselves. their music was like a lucid intake that felt to me like a insane paranoid robot that had been broken & yet continued for what felt like a infinity of time. 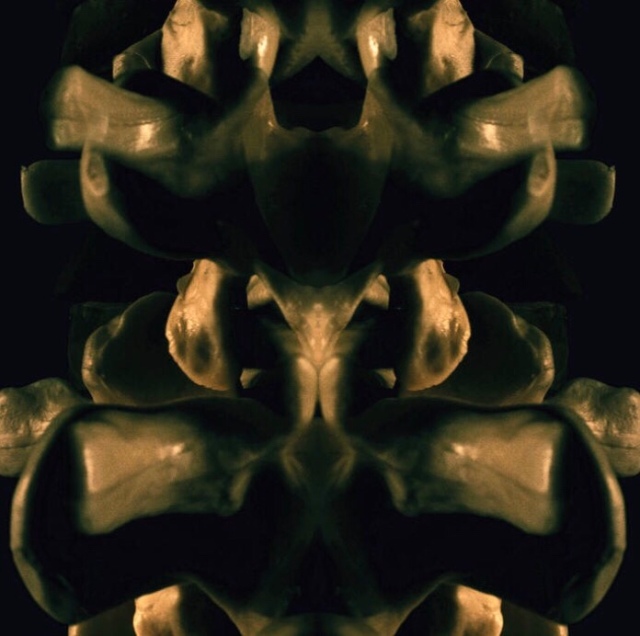 With keys and drums Hexenschuss made the inner ears tremble and the mind slightly tormented in a puzzled form. They carried on like a mission that should have brought us to the moon and back, but instead took my mind (and possibly others?) into a state of bewilderedness. A great zone to be in as isn’t that what pompous curators at a art show are always hoping to achieve, but are always troublesome in getting it done? I scratched off some left over sewage from my shoulder and scratched my head in no particular order… 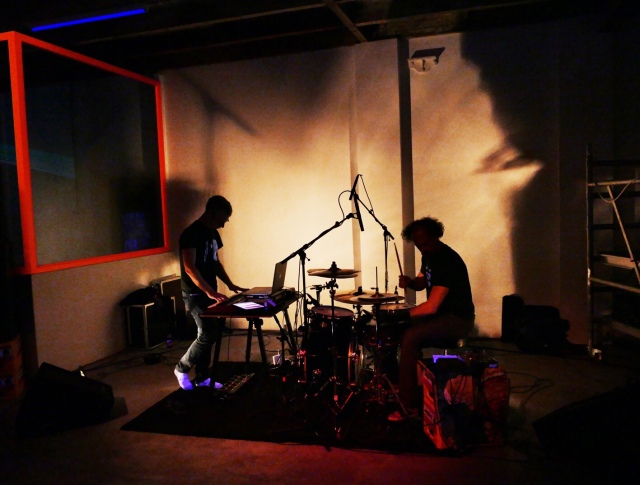 In any case it was good food for thought and mostly material to get our bodies in action. To make sure the night was also properly ending in a festive energetic mode, the incredible talented DJ Enfant Terrible took to the decks armed with material that beautifully represented his Enfant Terrible record label, spinning vinyl for a late night till the early morning session! 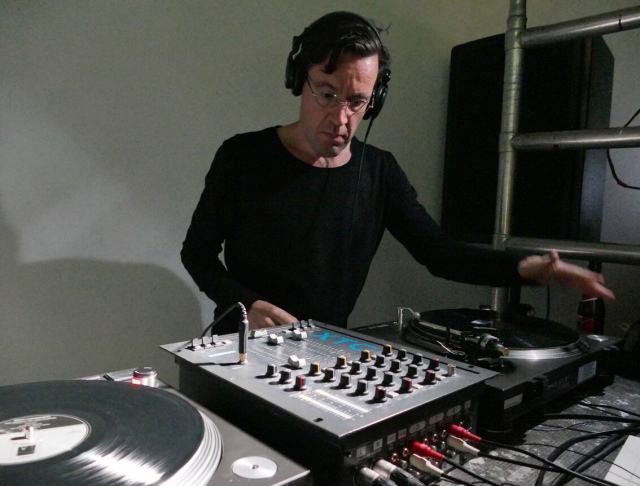 Happiness and joy had once again landed on the euphoric gifgrond party zone, making it one of those nights that you really shouldn’t have left out on!

In case you did; there is a bit of good news for you! A certain Peter had recorded the entire event & will broadcast it to the world through Radio Resistencia! The only radio station worth listening! So if you missed it, or need a sober rerun, keep an eye out on this page over here: https://m.facebook.com/Radio-Resistencia-123290694365915/

P.s. I’ll promise to enter through the front door next time! Less stench & much more respectful!